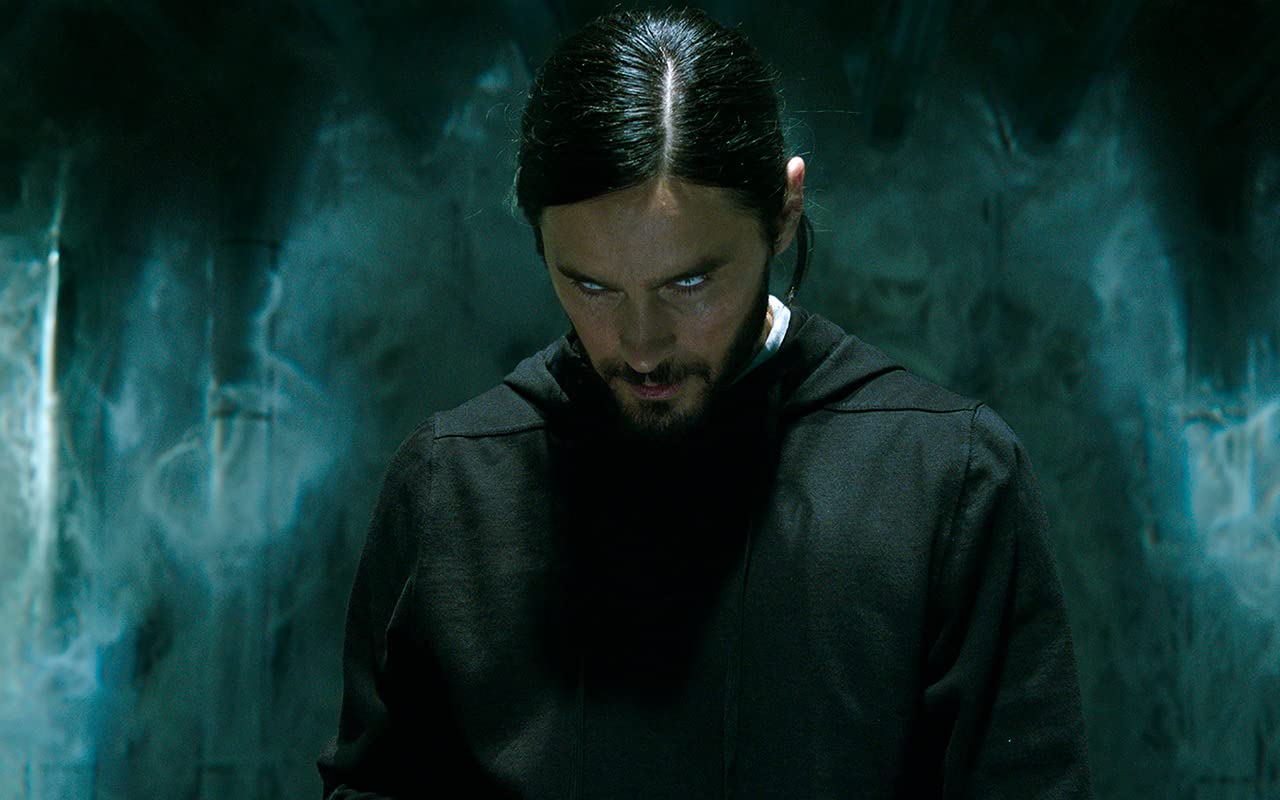 Every year during Oscar season, fellow ReviewSTL critic Brad Heyen puts together a little competition for everyone to make their Oscar picks. Admittedly, I don’t see nearly as many movies as I’d like, so I’m often left making random predictions. This year, I just put Dune for every category. And I didn’t put the actors/actresses from Dune in the individual categories; I literally just put Dune down.

I didn’t win. So I swore to myself that this year will be different. I’m going to see all the best movies that come out so I can actually make informed predictions in 2023, and it’s starting right now.

Er, maybe it’ll start next week. Because this week, I saw Morbius.

Now look, I’ve admitted before that I’m not the world’s biggest comic/superhero fanboy, but I typically at least know most of them by name. But when I first heard about a Marvel film revolving around a living vampire named Morbius, I had to do a bit of Googling, because I’d never heard of this frickin’ guy. Does that make me a bad reviewer? I’d like to think it doesn’t; my sheer lack of writing ability takes care of that. Either way, I wasn’t exactly a subject matter expert going into the theaters, so I tried to do as much research as possible so I could be somewhat informed. And hey, maybe reading more about him and watching the trailer will get me pumped up about it, right?

Jared Leto plays the eponymous character Dr. Michael Morbius, a brilliant scientist/medical doctor who suffers from a rare blood disease that will eventually take his life. Running out of options, Morbius decides to try one last Hail Mary: to amalgamate the blood of vampire bats with human blood. With the assistance of his colleague/love interest Martine Bancroft (Adria Arjona), he manages to succeed, sort of. His body doesn’t just heal, he becomes instantly jacked (think Captain America but with smaller pecs), he develops a sense of echolocation that can mysteriously single out an individual’s voice from miles away, and he can suddenly fly while CGI makes it looks like his skin is smoking/vaporizing into thin air. This effect happens a lot in the film, probably to distract you from the total lack of depth in any relevant category upon which films are judged.

There is one caveat to his newfound abilities, though: he has to consume either human blood or the artificial blood that he developed, otherwise, his body will revert to its frail, dying form (the movie makes a point to show him going all hipster scientist and rejecting the Nobel Prize for his accomplishment).

As luck/fate/scriptwriting would have it, his best friend Lucius/Milo (Matt Smith) also suffers from the same rare blood disorder and after seeing Michael in his new form, steals one of the three vials of the serum to use on himself. But whereas Morbius is concerned about the vampiric element, desiring to avoid killing innocent people and consuming their blood, Milo throws caution to the wind, attacking on a whim. So naturally, it’s up to Morbius and his colleague/lover Martine to try and stop him while finding a resolution to Michael’s own bloodthirst.

I’m going to be blunt with you. I’m not sure how you’d even categorize this movie. There really isn’t enough action to call it an action movie, and the few “fight” scenes it contains are pretty awful. Morbius tries to use slo-mo and bullet time to make things look cool, but the fights end so abruptly, that you never really get excited for them. CGI is used so extensively during these scenes that if the actors underwent any sort of training to prepare, you wouldn’t even know it.

But there isn’t a ton of humor, either, so you can’t really consider it a comedy. There are maybe a few moments that might summon a chuckle, but in the screening I went to, I didn’t notice a single reaction amongst the audience. If you go in expecting a humor-laden film like the Marvel Cinematic Universe, you’re going to leave sorely disappointed.

And it isn’t especially scary, either, despite the tone it tries to set. There are a couple of effective scenes in the first half of the film that have some tense moments, but they dissipate quickly as the movie progresses, and you’re left with 110 minutes of screen time with no real sense of identity.

The issue is exacerbated by a cast that seems, quite frankly, miscast. Matt Smith admittedly does a solid job in his role, portraying a sadistic sense of glee thanks to his newfound lease on life. But Jared Leto doesn’t appear to be interested in being anyone but Jared Leto, and his attempt to be a brilliant, benevolent doctor is more miss than hit. Arjona and Jared Harris are okay in their supporting roles, but Jared seems awfully miscast in a bit role for an actor of his renown and ability.

Walking out of the theater, I couldn’t help but feel that even with my low expectations, Morbius left me feeling disappointed. The story itself has potential, but the execution and presentation are…underwhelming, to say the least. The result is a mess that repeatedly stumbles over itself and doesn’t leave much reason to come back.

Note: There are two mid-credit scenes if you manage to stick around.