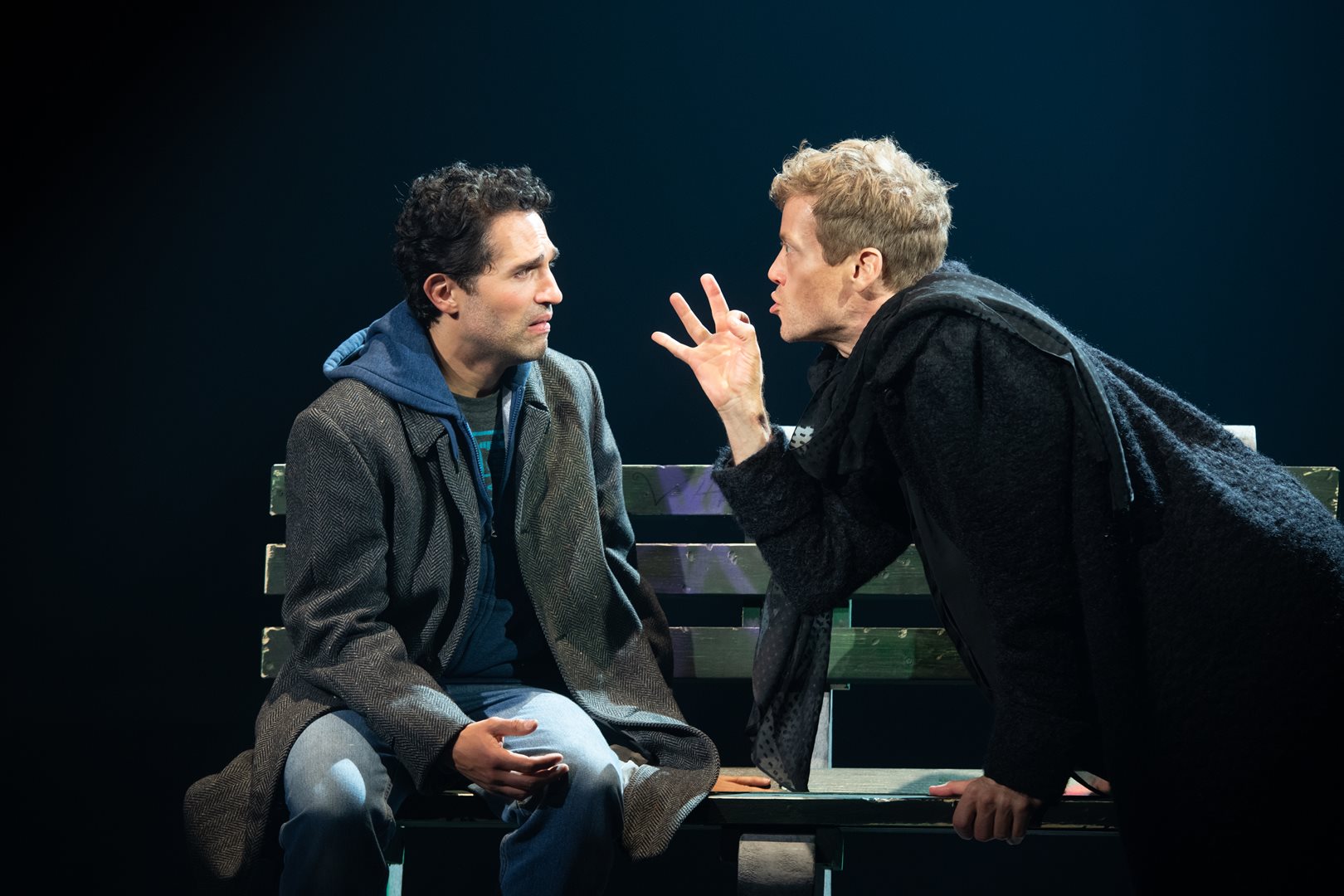 You don’t see many plays produced in two parts, back to back – or concurrently as The Repertory Theatre of St. Louis is currently doing with Angels in America Parts One and Two.

Doing so is not only a huge commitment from the theatre, but also the audience – asking them to buy two tickets, and scheduling two nights to finish one huge story. But as intimidating as putting on a show like this might seem, there is no question as to why The Rep decided to stage Kushner’s masterpiece to open their 2019-2020 season. Seeing both parts within a week, having the time to process the first half, and experiencing the thrilling conclusion with the same cast and creatives was truly exhilarating.

The rotating schedule is a gift, allowing theatergoers to experience the play as a whole at virtually any time during the run. With its phenomenal performances and compelling story, there is much to enjoy during the second half for even those who did not see the first.

But I wouldn’t recommend seeing it that way.

In Part One (Millennium Approaches) we were introduced to our cast of characters. Hannah Pitt (Meredith Baxter) has left Utah to save her son Joseph (Jayson Speters) after what she views as a disturbing late-night call; Meanwhile Joseph’s wife Harper (Valeri Mudek) is trying to navigate through their marital issues, while also dealing with a fragile mental state; Roy Cohn (Peter Frechette), a closeted homosexual and racist bigot, is dying of AIDS and being taken care by his African American nurse Belize (David Ryan Smith); Louis (Ben Cherry) is still struggling after leaving his lover Prior (Barrett Foa) – who has been given an unbelievable task by an angel (Gina Daniels) who has visited him in his dreams. 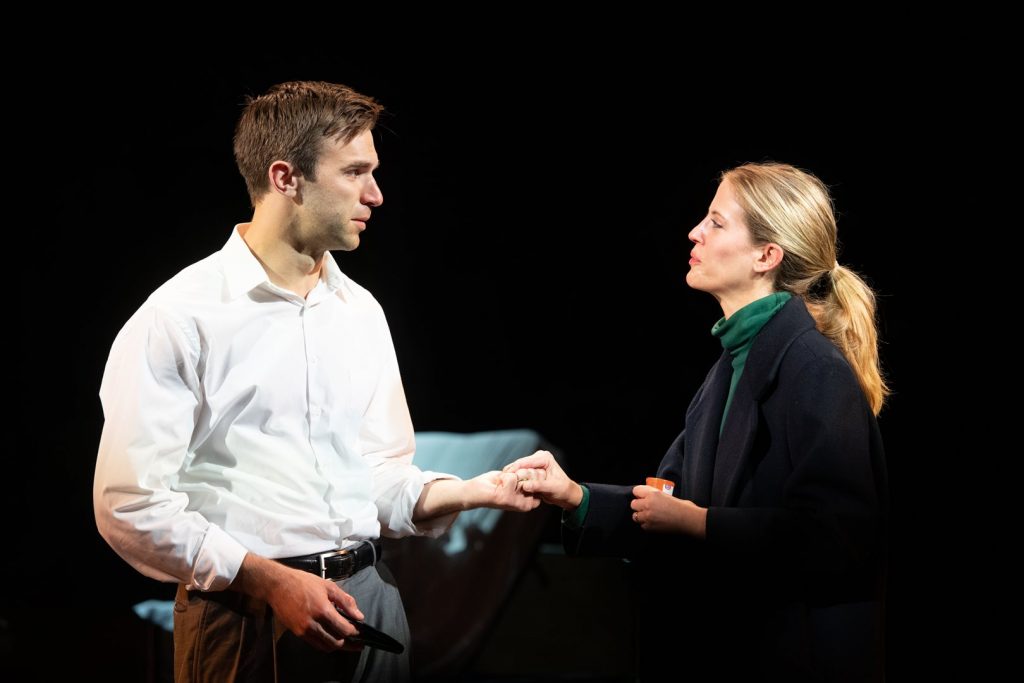 See what I mean? There is a lot going on in Part One, so it is best to just see it first and catch up.

During Part Two (Perestroika), the show earns the “fantasia” part of its full title: Angels in America: A Gay Fantasia on National Themes. Where the previous installment is often more grounded, there is much here with angels, prophets, visions coming to life, etc. And it is all incredible. There is a fantastical element at play in Part Two that is hard to take your eyes off, enveloping you in the story at hand.

With so much to do here for each of the characters, there truly is no single lead actor in the show. What is true, however, is that many of the ancillary characters from Part One expand their roles here and are able to flourish.

Baxter is once again terrific as Hannah Pitt, the strong-willed Mormon mother who thinks she knows what is best for her son – yet still has a lot to learn. Her character stretches and grows throughout the second part, setting out to save her son but taking on a surrogate child in the process. She also plays Ethel Rosenberg for another haunting portrayal in Part Two. 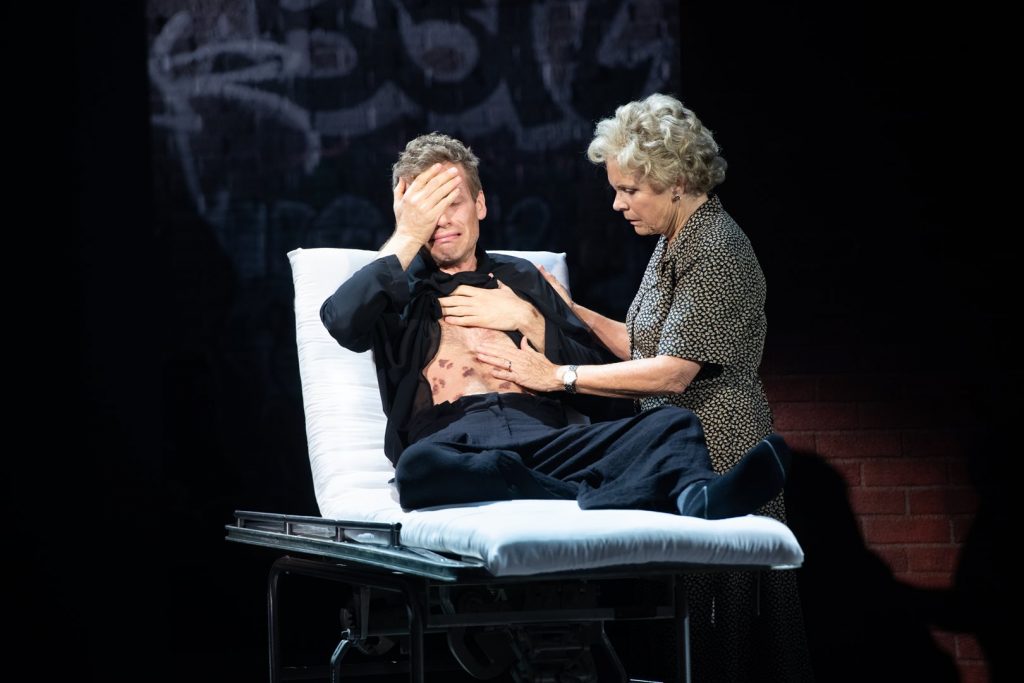 Daniels thrives here as The Angel, and is absolutely fantastic in the role. Acting opposite Foa, both are excellent in the exhilarating scenes they share. There is a great contrast between their two characters, and watching them switch places is a wild journey. Foa is brilliant once again as Prior, as he is given an unbelievable task.

Cherry and Speters shine once again as Louis and Joseph, who are learning about themselves as they explore their new relationship. Both actors excel at showing the vulnerabilities of these characters, turning in some truly gutwrenching portrayals.

Audiences will be happy to see Smith expand his role as Belize, who is forced to deal with the impossible Roy Cohn. He’s the only one who has the guts to stand up to the morally bankrupt lawyer, and the actor presents himself as a force to be reckoned with.  Once again, Frechette turns in a masterful performance of the deplorable human being – so good, that you still manage to feel bad for him at times. Where most people would do as little as possible for a man like this, Belize continuously helps him and in the end, is rewarded for the good deed. Their chemistry together is electrifying. 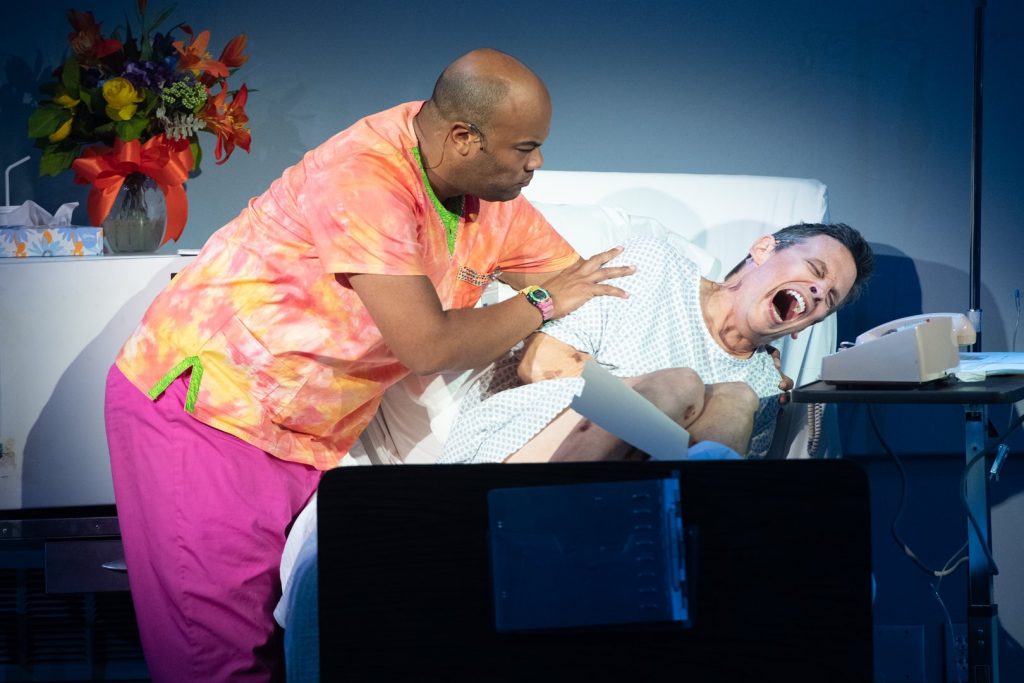 Like Daniels, Mudek is able to stretch even more here with Harper and gives another wonderful performance here. Her scenes with Baxter and Foa are some of the funniest and most memorable in the show. She does a great job balancing the absurdity of some of these situations with the seriousness of the subject matter at hand. Harper becomes extremely likable in Part Two, due to Mudek’s endless charisma.

The technical aspects are still expertly emplored here, thanks to projection design by Alex Basco Koch along with lighting and sound by Xavier Pierce and Broken Chord respectively. Timothy Mackabee lends his terrific scenic designs here again as well, while Dede Ayite’s magnificent costumes flourish in this part.

The direction of Tony Speciale takes this important work and breaths fresh life into it – presenting Kushner’s extraordinary vision in its entirety. Packed with incredible performances, and still teeming with relevancy after decades, this is a must-see show. Do yourself a favor and see both parts, as it is well worth it for the full experience. The Rep continues to impress as they start out this new season, and what a great way to welcome Hana S. Sharif as Artistic Director.

See Angels in America Parts One and Two through October 6. For tickets and more information, visit RepSTL.org. 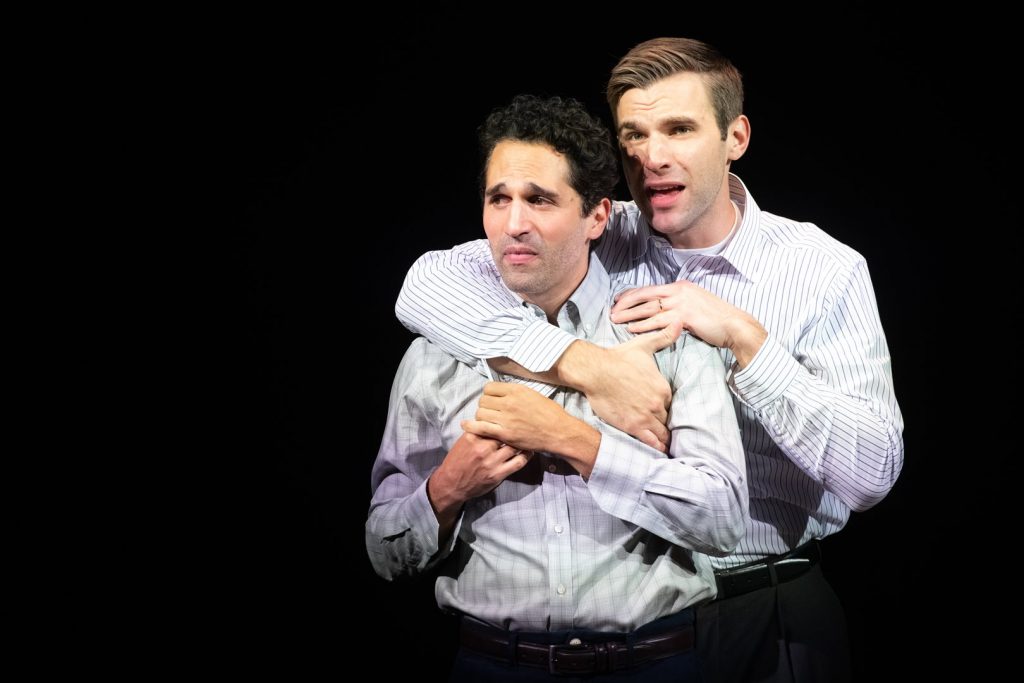