The Villain in the New Spider-man Film is… 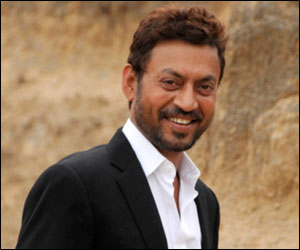 Wait, who the hell is that?

Still not ringing any bells?  Yeah, not for me either.  Irrfan Khan, who many remember as the police officer in Slumdog Millionaire, will be playing the villain that I have named above (a villain nobody knows).  I quickly researched said name on the most trusted website available, wikipedia, and this is what I turned up.

It was revealed that soon after Norman had Stromm arrested for embezzlement, he had found only a portion of the notes detailing his partner’s serum. Norman tests the incomplete version of the serum on an Oscorp employee named Nels Van Adder, driving Van Adder slowly insane and beginning his transformation into a red, demon-like being known as the “Proto-Goblin”. Killing several people and blaming Norman for what has happened to him, Adder proceeds to harass and later attempts to kill him before being knocked out a window in Oscorp by Arthur and George Stacy and fleeing into the wild. In order to escape conviction for what he had done to Van Adder, Norman convinces the police that Van Adder had been experimenting on himself, and that he had secretly been trying to help him. Van Adder’s current fate remains unrevealed.

This certainly fits with all of the other casting announcements that have been made with Emma Stone playing Gwen Stacy, and Denis Leary playing her father George.  But I thought that Rhys Ifans was playing the Lizard?  I remember the last time we had two villains in a Spider-man film, it sucked.  But let’s stay positive.

So what exactly does the Proto-Goblin have as far as special powers?  Funny you should ask that because wikipedia also provided me with this.

I actually like that we have villains that are not realistic.  This is a comic book movie.  Let’s have some fun.  I love Batman and what Nolan has done as much as the next guy, but Spidey is not dark so I say bring on the colorful, larger than life villains.

What do you think of the new villain?  Is there another villain you would rather see?  Do you even care?  Let us know in the comments below.