The Toadies to Visit Delmar Hall 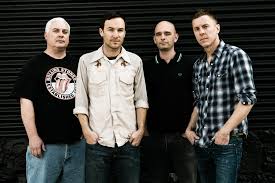 90s Alternative rock fans rejoice! The Toadies will be playing Delmar Hall on Saturday, September 9. The band will be joined by Local H. The show is being billed as 105.7 FMs Pre-Wayback Pointfest Party. Both bands can be heard frequently on 105.7. The Toadies hit it big with album Rubberneck. The album featured the song Possum Kingdom, which still receives frequent airplay on The Point today. Local H will be returning to St. Louis after opening for Metallica. Tickets are available through Ticketmaster.com