The Longbox: Casting Wonder Woman for the DC Film Universe

It’s been awhile since you were treated to the meanderings and rants of this comic fan, but fear not!! I have returned! 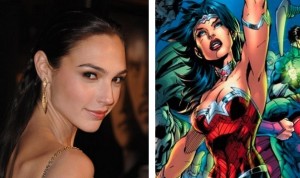 On this edition of “The Longbox”, I’m going to give you my thoughts and insights on the recent casting of Gal Gadot (Fast 6) as DC’s flagship female character, Wonder Woman.  Was she the right choice?  How will she fit into the future plans of the DC cinematic universe?  Are the powers that be trying to throw too many characters in the Man of Steel sequel?  All of those questions and more will be answered here (not very well, mind you).

Let’s dive right in, shall we?  Do I think Gal Gadot was the best choice for Wonder Woman? No. Not at all.  When I think of Wonder Woman, I think of a woman that is able to go head to head with Superman.  She is able to trade punches with the strongest villains and heroes the DC Universe has to offer.  Diana (Wonder Woman’s real name) was raised on Themiscyra (the home of the Amazons) to be a warrior.  She’s a leader and she garners the respect of everyone in the DC Universe.  On the flip side of that, she has undeniable beauty.  The character is able to kick serious ass while still having an aura of grace and beauty. 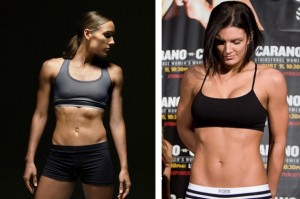 Now, do I think Gadot is beautiful? Absolutely.  She’s an amazing looking woman.  Have you seen the bikini scene from Fast 6?!  She has the long dark hair, a sort of exotic look to her facial features, and she’s almost 5’10”.  All features that fit seamlessly into the Wonder Woman mold.  The issue that I have is her athletic/muscular build. Gadot is a very skinny woman (not that that’s a bad thing or a good thing).  My vision of Diana is someone who would look like an Olympic athletic like LoLo Jones or MMA/movie star Gina Carano.  Gal Gadot does not have the physical build of either of these women.  I understand that the movie is two years away and Gadot could bulk up in that time (look at Chris Pratt), but I’m a little concerned.  To his credit, Zack Snyder has a way of making some casting choices work (Gerard Butler as Leonidas or Michael Shannon as Zod), so I’m putting some faith into the choice of Gadot. Much like the choice of Ben Affleck for the role of Batman (which I’m fine with), Snyder must have seen something I didn’t. Only time will tell, and 2015 is so far away.