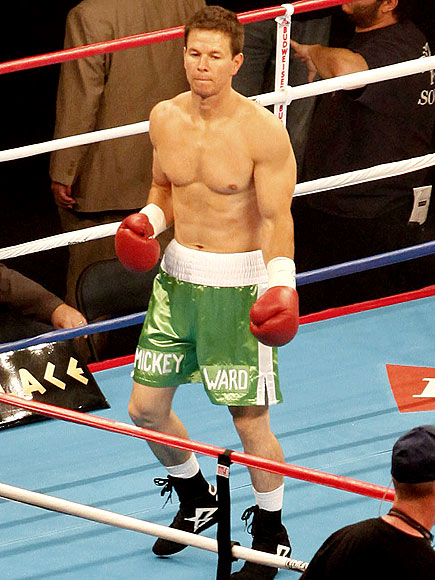 Mark Wahlberg stars as Mickey Ward in THE FIGHTER

Today we are going to take a look at The Fighter. I have read about this film for quite a bit of time though we still need to wait another 5 months before it comes out.

The plot summary is as follows:

The film has seen some struggles in getting made with Darren Aronofsky initially attached to direct, before switching to David O. Russell (who directed “Three Kings” and “I ♥ Huckabees”). Also, Matt Damon and Brad Pitt were to star in the role that was later filled by Christian Bale.

I’m excited about this film for two reasons. The first is the cast in particular the three leads with Mark Wahlberg, Christian Bale, and Amy Adams. I have been a fan of Bales for a long time after seeing Equilibrium and American Psycho. Wahlberg has been someone that has stood out for me since Shooter and his scene stealing performance in The Departed. And though I loathed Leap Year, I feel Adams has turned in some great work with Doubt and Enchanted among other performances.

The other reason I am excited for this film is because Cinderella Man is one of my favorite films. Yes, I know that these two films have nothing in common in way of actors, director, or any member of the creative process. But this is a boxing story about impossible odds and rising to the top. Like Cinderella Man, I’m hoping that some great performances can make this a film something to be excited about.