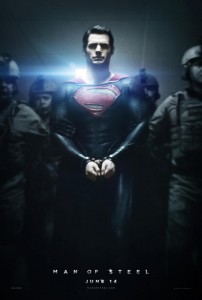 Earlier this week, Warner Brothers released the third trailer for this summer’s Man of Steel.

In the latest trailer, we finally get to see some hints at what the film will focus on.  We see lots of action, what look to be amazing special effects, and an in-depth look at Superman’s origin story. Before I get into my take on the trailer, give it a look for yourself (as if you haven’t already). 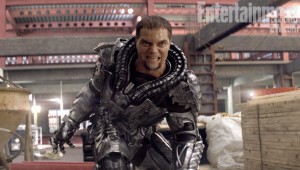 First off, we see the destruction of Krypton.  It looks like the planet is involved in some sort of war.  Not sure if that will be the catalyst for Krypton being destroyed or if they will follow the original story (Krypton’s sun goes super nova and explodes causing Krypton to be destroyed in the process). Just based off of this trailer, it looks like Krypton is a combination of the John Byrne version of Krypton, the New 52 version of Krypton, and the Superman: The Animated Series .  The movies version on Zod also seems to be a combination of a few versions of Zod.  The “battlesuit” he wears looks a lot like the pocket universe version of Zod seen in the Superman: For Tomorrow story arc by Brian Azzerello and Jim Lee. There also seems to be some nods to the original 1978 “Superman: The Movie” where Zod stand in front of what could be a jury of some sort and warns Jor-El that he will find baby Kal-El.  Michael Shannon is going to be a fantastic General Zod, on the level of Heath Ledger’s Joker. At least, I’m hoping. 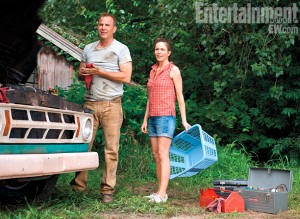 Kevin Costner and Diane Lane as Jonathan and Martha Kent

I also really like Kevin Costner as Jonathan Kent. Where Russel Crowe’s Jor-El comes off very alien and proper (as he should), Costner’s portrayal of Kent has this heartbreaking quality where as he knows that his son’s life will never be the same. What killed me was Costner’s response to Clark when Clark just wants to be his son. It’s gut wrenching and even got me a little choked up.

Another thing I liked that we got in this trailer was Lois Lane. Finally we get to see Amy Adams as Lois. First we hear her monologue when we see Clark being a hero without the Superman suit. Again, another similar theme to to John Byrne’s 1987 reboot: Superman: The Man of Steel, it’s great to see Lois portrayed a serious reporter trying to find the Guardian Angel.  Plus the romantic tension between herself and Superman comes through perfectly.  It wasn’t over the top.  It was just subtle enough to make it perfect. 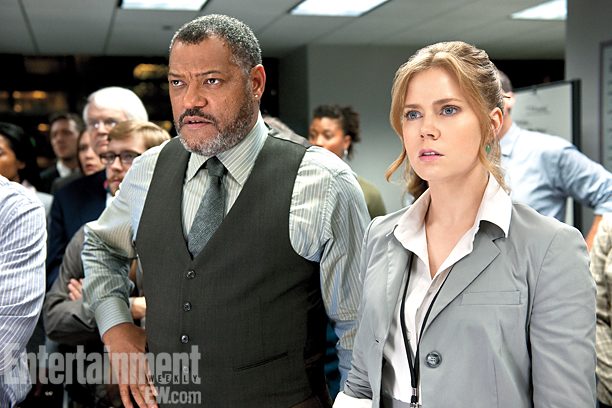 We also get a glimpse (and, we’ve sort of seen it before) of Clark’s Fortress of Solitude in this trailer, or something to that nature.  It doesn’t have the look of anything we’ve seen before.  Again, I think the writers of the film took bits and pieces of the Superman mythos and made something all their own. Another thing I noticed was a giant octopus/squid creature that Superman faces off with. I think that was Zod’s “Black Zero” weapon that has only been hinted at, but the closer I looked at it, I’m beginign to think it looks very close to Brainiac’s skull warship that was seen in Geoff Johns run on Action Comics. Could they be setting up the villain for Man of Steel 2 or The Justice League?

It’s hard to say exactly what stories David Goyer drew from, but it looks like he used ideas from Superman: The Man of Steel, Superman: Secret Origins, Superman: For All Seasons, and Superman: Birthright. I think the writers of the movie have taken a similar approach to the Superman mythos that was taken with the John Blake character from The Dark Knight Rises.  Take bits and pieces from all over and find a way to make them come together. 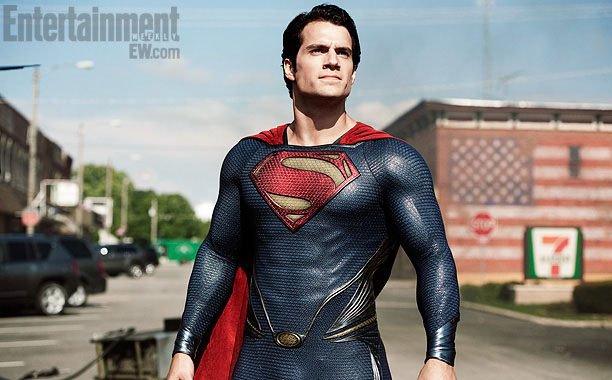 Henry Cavill is Superman in ‘Man of Steel’

I cannot wait for Man of Steel. I’ve been a Superman fan since I began reading comics and as a fan I’ve had my share of ups and and downs. This trailer is everything we have wanted since that first promotional shot of Superman in the bank vault came debuted 2 years ago. This trailer has done its job.  I will be there at the midnight showing on June 14 proudly wearing my Superman t-shirt and feeling like a kid again.  This summer, you will believe a man can fly…..again.

More stills from Man of Steel: 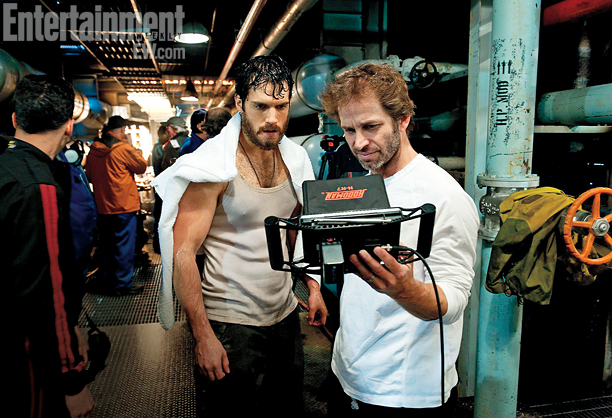