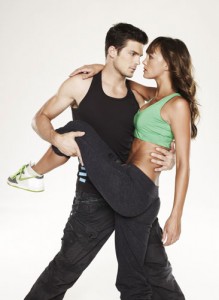 The Step Up series are by no means great films, but they do have some amazing dance choreography. If you can get past the bad acting, the stilted dialogue, and contrived premise, you might actually be able to enjoy the film. This trailer highlights all the strengths and weaknesses of the series. One moment you are dazzled by an array of hip hop moves, and the next you have a lead actor delivering a line that will make you cringe. The trailer I’m sure will be shown in 3D, but unfortunately here on the web we get the standard 2D version. So, we get to endure all silly moments that obviously made for 3D, but look incredibly stupid in 2D. The best news though is that So You Think You Can Dance alumni like Stephen “Twitch” Boss will be appearing in the film. Twitch actually has a pretty large role, so he might actually have the chance to be the breakout star of the film. (Still unlikely.)

The kids from the Maryland School of the Arts head to Paris for an international dance competition, but when Moose (Sevani) misses the flight home, he is inducted into the city’s underground dance scene, which is about to have its own contest. The case of a stolen routine finds Moose looking to bring some of his friends back to the City of Lights for the event.