Holy cow, it’s been a while since I last wrote about the Cardinals. My apologies; life for the last two months has been nothing but a groundswell of beer festivals and movie reviews.

Now that the beer festivals are mostly done for the summer, I’ll be back to writing on a more frequent basis. Thanks for your patience; I’ll cook you dinner sometime as a thanks. I can’t promise it’ll be good. Edible, yes; quality, no.

The Cardinals have been mired in a solid slump the last month and a half or so, thanks to the ever-present injury bug. Already dealing with the loss of one ace (Chris Carpenter) and an all-star first baseman (Lance Berkman), the Cardinals have been dealing with the loss of their long reliever (Kyle McClellan), their number three starter (Jaime Garcia – more on him in a minute), their starting center fielder (Jon Jay), their backup center fielder (Skip Schumaker), their best supersub (Allen Craig), and their second-best supersub (Matt Carpenter).

Still, in spite of all those injuries, the Cardinals find themselves just two games behind the Reds after sweeping the cross-state Royals this past weekend. The offense, struggling at times, broke out against the Royals’ staff, scoring 30 runs over the course of three games.

Carlos started the month of June off weakly, managing just two hits in his first five games. Since then, though, he has absolutely mashed at the plate, going 26 for 64 (.406) in his last 16 games to go along with five home runs and 14 RBI. On the season, he’s now slashing .308/.393/.589 and has 20 HR and 56 RBI. This is the Carlos Beltran the team had hoped to sign. Beltran’s a front-runner to start the all-star game, and if Joey Votto weren’t having such a tremendous season, Beltran would be a serious contender for the NL MVP. 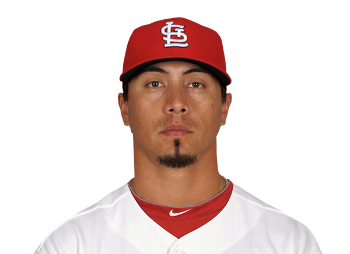 It’s easy to forget Lohse’s contributions, as he’s overshadowed by Wainwright, Garcia, Carpenter, and the feel-good story of Lance Lynn. You might be surprised, then, to hear me say that Lohse has arguably been the Cardinals’ best starter the last season and a half.

Yes, during his injury-riddled 2009 and 2010 campaigns, Lohse wasn’t too valuable, and most were bemoaning his four-year contract. Last year, though, Lohse demonstrated just how valuable he was, winning 14 games with a 3.39 ERA. After struggling in the playoffs, Lohse hoped to come back strong this season, and has he ever. This year, Lohse leads the Cardinals pitching staff in innings pitched, innings per start, ERA (2.85), WHIP (1.109), fewest walks surrendered, and K/BB ratio (3.60). Lohse himself has just six wins, but the team is 9-6 in the games he started, and very well could be 11-4. With the uncertainty facing Carpenter, there’s a good chance Lohse could be extended for another couple years after this season.

I’m constantly amazed by how much Cardinals fans hate Matt Holliday. Perhaps it’s just the forum lurkers online that like to bash him, but it seems like a lot of fans are regretting signing him to that seven-year deal. “He’s not clutch, he never comes through when it counts, etc.” And his numbers this year are down, certainly. Those same people also tend to forget the 2011 NLCS, when he absolutely brutalized the Brewers pitching staff, but I guess that doesn’t count as clutch.

This year, Holliday got off to a pretty slow start, fueling the fire of the Holliday bashers. After a slow April, Holliday mashed in May, hitting .340, slugging .575, and hitting six bombs and driving in 21. He struggled again the first part of June, going a whopping 8 for 41 (.195) with one RBI in his first eleven games. The last eight games, though, he’s gone an incredible 17 for 31 (.548), and his slashline for the season is slowly inching closer to his career norms (.299/.379/.498). Since the calendar turned from April to May, he’s hit .342.

Garcia was forced to skip a start earlier this month, and when he returned, he lasted just two innings against Houston before he was lifted. After the game, it was revealed he’s been dealing with hip, shoulder, and elbow problems. An MRI revealed he has tears in his rotator cuff and labrum.

This is obviously pretty devastating news to the Cardinals, who last year locked Garcia up in a long-term contract. I’d honestly be pretty surprised if Garcia even came back this season, let alone pitched effectively. A shoulder injury is much worse than an elbow injury for a pitcher, and many pitchers have been forced into early retirement due to injuries to the rotator cuff and labrum (see: Mulder, Mark). At this point, if Carpenter is unable to come back before the trade deadline, look for the Cardinals to be shoppers for a rental starter for the playoff run, as it’s unlikely they’d keep a rookie (Joe Kelly) going unless he were to become absolutely dominant.

Oof. This is perhaps the Cardinals’ weakest spot. Other than Mitchell Boggs and Jason Motte (for the most part), the bullpen’s been a dazzling display of implosions. Victor Marte’s been solid for the most part, but has imploded at times. Fernando Salas and Eduardo Sanchez haven’t been nearly as effective as they were last year. Marc Rzepczynski, acquired last year in the trade for Rasmus, hasn’t been nearly as effective this year. Used primarily as a LOOGY (Lefty, One Out GuY) last year, this year he’s been thrown into the fire more frequently, and he’s been exposed by right-handed hitters, who’ve pounded him (.333/.391/.571). He’s still been somewhat effective against lefties (.255/.305/.418), but his numbers are nowhere near as good as last year’s.

Even Motte, who finished the regular season last year dominating the ninth, hasn’t been as effective. Part of the reason (perhaps the main reason) is because at times he’s been steadily relying more and more on his four-seam fastball. While he throws it pretty hard (96.4 mph average), any major league hitter worth his salt will eventually get the timing down. In last Sunday’s game against the Royals, he fed Billy Butler a steady diet of four-seamers until Butler parked one to tie the game. Motte has a cutter and a change-up he utilizes (19.5% of the time for the cutter, 3% for the changeup), but perhaps he needs to mix them in more.

There is reason for hope, though. The Cardinals just re-activated Jon Jay and Matt Carpenter from the DL, which coincided with the recent sweep against Kansas City. When healthy, Jay is a solid .300 hitter and has displayed above-average talent in center field. Matt Carpenter has been terrific as a spot starter and off the bench for the Cardinals.

In addition, Chris Carpenter has begun throwing from a mound and this week threw live batting practice to hitters for the first time this season. He is expected to throw at least two more sessions before the team will consider sending him on a rehab assignment. If things go well, Carpenter could well join the team before the trade deadline.

In spite of all the recent struggles, the Cardinals remain just two games out of first place, and the Reds recently dropped four straight games, proof that they’re not invincible after all. With a healthy lineup, this team could play .600 ball in July and be serious contenders at the trade deadline.