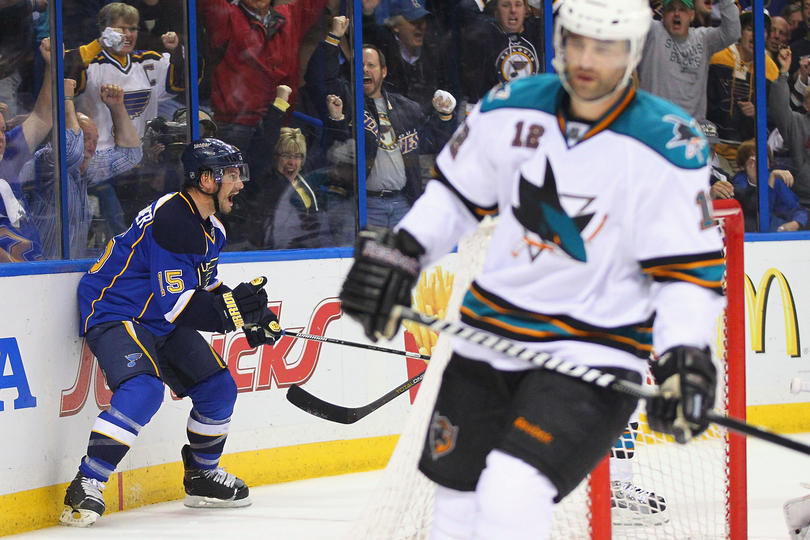 Saturday night the St. Louis Blues sent the San Jose Sharks home after a 3-1 victory, just in time to save them from the long plane ride back to California.

After trailing 0-1 in the third period, Jamie Langenbrunner scored with 8 minutes and 44 seconds left in the game – followed by another goal by David Perron only 45 seconds later. Andy McDonald scored an empty net goal with 39 seconds left, putting the icing on the cake and solidifying the Blue’s win if there was ever any doubt.

The Blues advanced to the second series in the Stanley Cup Playoffs after four wins out of the five games played against the Sharks.