Spotlight of the Week – Vince Vaughn

Vince Vaughn’s new film The Dilemma hits theaters this Friday.  In the film, Vaughn plays Ronnie who catches his best friend’s wife with another man.  Ronnie is faced with whether or not he should tell his friend of his wife’s cheating ways.  Most people would just chalk this up as another generic comedy to add to Vaughn’s filmography.  But with Ron Howard directing, one has to expect this film to be anything but generic.  In honor of his new film, this week we are going to take a look at Mr. Vaughn’s most notable comedies. 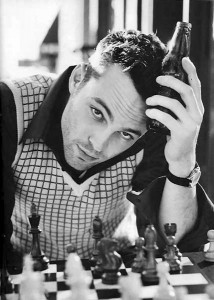 Swingers was the first time I really took notice of Vince Vaughn.  I had seen him in The Lost World: Jurassic Park, but he was not exactly memorable.  In Swingers, he plays Trent, the best friend to our lovable loser lead Jon Favreau.  Trent is irresponsible, immature,  and the type of guy that everyone knows.  But he is hilarious.  My favorite line of his in the film: “I don’t want you to be the guy in the PG-13 movie everyone’s *really* hoping makes it happen. I want you to be like the guy in the rated R movie, you know, the guy you’re not sure whether or not you like yet. You’re not sure where he’s coming from. Okay? You’re a bad man. You’re a bad man, Mikey. You’re a bad man, bad man.” 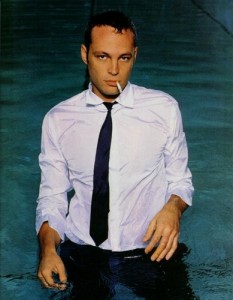 The first time I saw Old School I was with my Dad.  We walked into it after seeing another film, and I was 15.  Do you know how awkward it is to watch Andy Dick teach a BJ class while sitting next your Dad?  Old School is a comedy classic for me.  While Will Ferrell steals the film as Frank, Vaughn has a couple of great lines.  One in particular:  “Max, can you earmuff for me? We are going to get so much ass here, it’s going to be sick. I’m talking like crazy boy band ass.” 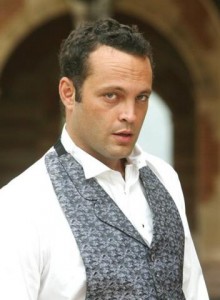 In my opinion, Wedding Crashers is Vince Vaughn’s best film.  It also made a star out of Rachel McAdams.  Vaughn and Wilson headline the comedy that could have been a raunchy, one note film just about crashing weddings and having sex.  It turned into a romantic comedy that kept the laughs coming non-stop.  I could give you a list of quotes from the film, but I will settle for one: “Rule #76: No excuses. Play like a champion!” 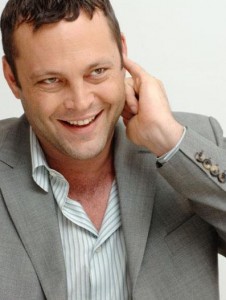 What’s your favorite Vince Vaughn film?  Let us know in the comments below.