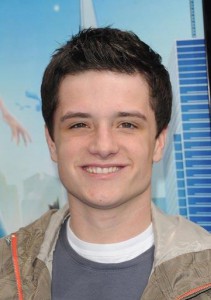 I have mixed feelings about a full on reboot of the Spider-Man franchise. I like to see a different take on the characters with new actors and everything, but I was willing to give Sam Raimi one more shot after the abysmal “Spider-Man 3.” Plus, I liked Tobey Maguire in the role. But as we all know there are other plans already in motion.

Right now, three things are for certain about the new Spider-Man film. “(500) Days of Summer” director Marc Webb will be sitting in the director’s chair. It is set to be released July 3, 2010. And Andrew Garfield will be playing the lead hero.

But it was a long road to get to Garfield landing the gig. Actors rumored to have been auditioning for the part included Jamie Bell, Aaron Johnson, Anton Yelchin, and Logan Lerman just to name a few. My personal favorite for the part was Josh Hutcherson. You may recognize Hutcherson from recent films “The Kids Are All Right” and “Cirque du Freak: The Vampire’s Assistant.”

Today, we as fans get to see what could have been with Hutcherson. “Latino Review” gives us an exclusive look at the audition video of this young kid in action. I think it is a great video, but it is too reminiscent of a similar scene in the first Spider-Man film. But let’s face it there will most likely be a scene exactly like this in the new film.

What do you think? Would he have made a better lead hero than Andrew Garfield? Let us know in the comments below.