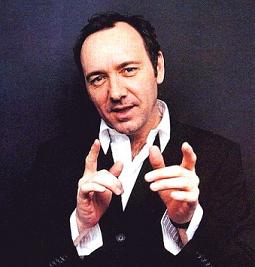 I was super pumped as soon as I heard that Javier Bardem was being sought after to play the main villain.  He just looks like a Bond villain to me.  Match that with my excitement that Sam Mendes is directing the film, and I may be able to completely forget about Quantum of Solace which wasn’t a bad film in comparison to the latter Brosnan films.  But it was a big, big disappointment after Casino Royale.

I’m not sure who would have been better, Bardem or Spacey.  Kevin Spacey recently revealed in an interview that both Sam Mendes and himself were excited about the thought of Spacey playing the main villain.  So how come it never happened?  Spacey with be touring as Richard III on stage.  Spacey has been known for choosing theater over film roles, but this would have been really awesome.

Now, Bond fans everywhere are just waiting for Bardem to respond to the offer to play the man facing off against Daniel Craig.  The untitled Bond film is set for release on November 9, 2012.  Check back here for more details regarding the film as they come in.

Who do you like best for the villain: Ralph Fiennes, Javier Bardem, or Kevin Spacey?