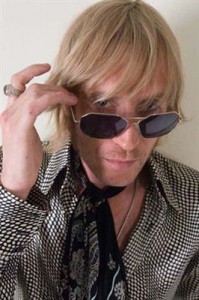 With each subsequent announcement by Sony, I get more and more sold on the Spider-Man reboot. At first, I understood the logic behind it (especially after the atrocity that was Spider-Man 3), but I didn’t think it was right to reboot so quickly. The studio quickly countered media people like me by hiring a quality and aptly named director by the name of Marc Webb, who showed lots of promise in his directing of (500) Days of Summer. Then the studio cast Andrew Garfield, who was a bit older than the high school age they claimed to be casting for, but an actor with great chops, and lots of promise. The latest bit of casting news is that Emma Stone has been cast as Mary Jane, and with that announcement I’m ready for this film to start shooting, and for me to get my hands on it.

Now Sony has announced another key piece of casting, and a slight bit of story. The villain and the actor playing him has been revealed. British actor Rhys Ifans has been cast as Doctor Curt Connors, also known as the villain The Lizard.  Officially Sony has not commented on the role Ifans will be playing, but numerous sites have been reporting that Ifans will indeed be playing the reptilian villain.

This is a real solid choice, rather than go the Superman route of replaying the same villain over and over, they have ditched the Green Goblin for a bit, and have brought in a fresh villain. Had they kept with the status quo the film might have seemed stale from the beginning, and might have caused the film problems in gaining traction with the public.

As much as I’m getting excited over the film, I’m still a bit tentative about the full production. The film starts shooting this spring, and will be released in July of 2012. We have a bit of a wait in front of us, but at least we’ll have plenty of things to discuss.

What do you think of the casting? Let us know in the comments!