Preview: SOMETHING ROTTEN! Coming to Stifel Theatre on Wed., March 13! 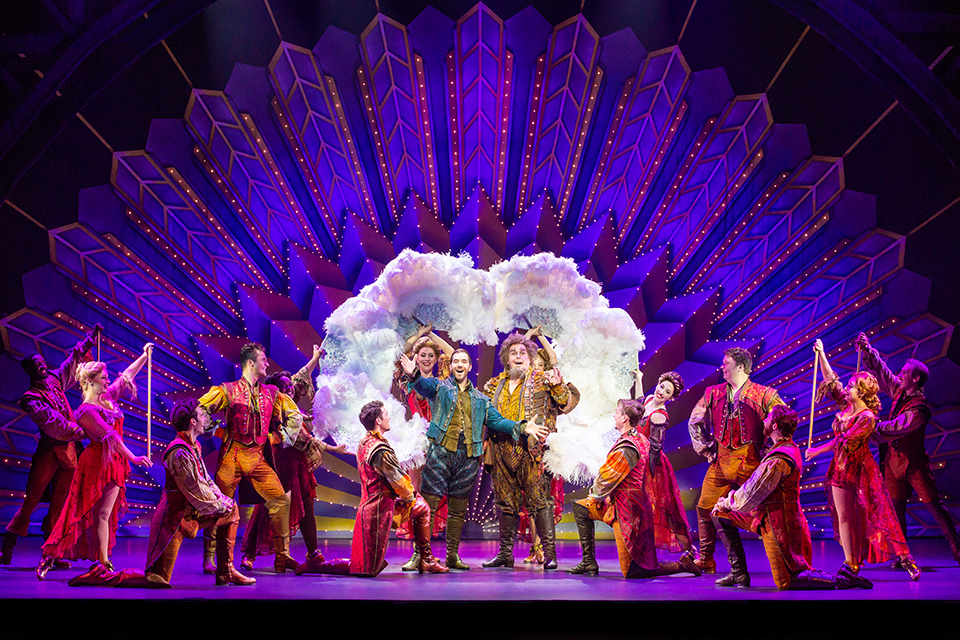 One of the funniest new shows of the past decade! You won’t want to miss Something Rotten! when it plays Stifel Theatre on March 13!

The show follows Nick and Nigel Bottom, two brothers and playwrights, who are living in the shadow of none other than William Shakespeare. In order to finally write a hit, Nick sets out to create the world’s first musical!

The show is absolutely brilliant and filled with non-stop laughs. You can read our review from the national tour in 2017 here.

The Broadway production was nominated for ten Tony Awards, including Best Musical. Book by John O’Farrell and Karey Kirkpatrick, and music and lyrics by Karey and Wayne Kirkpatrick.

Tickets may be purchased at the Enterprise Center Box Office, all Ticketmaster Ticket Centers, by phone at 800-745-3000, or online at ticketmaster.com.