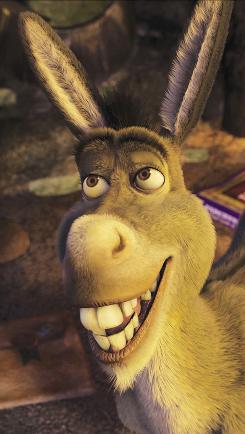 USAToday has an exclusive first look at a couple of screen shots and a trio of new casting details for the fourth, and final?, Shrek film, Shrek Forever After.  Here are the new details:

“Comedians Kathy Griffin and Kristin Schaal (Flight of the Conchords) are witches who hunt ogres. On the side of good is an underground resistance group led by Jon Hamm of Mad Men. “He is the best-looking ogre you’ve ever seen,”

Get the full scoop, here, as well as a look at the newest film in the franchise that has to make up for a dismal third effort.  I am really excited about the Jon Hamm casting though.