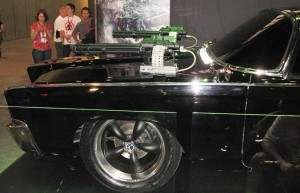 Check out the photos from Comic Con, where Seth Rogan made an appearance to show-off “Black Beauty” to eager fans. “Black Beauty” is the car that the Green
Hornet, played by Seth Rogan, will use in the upcoming comic book film. The car is a 1966 Chrysler Crown Imperial, equipped with nothing less than rocket launchers, flame throwers, machine guns, and more. Concerning the decision not to modernize the car for the film, Rogan said “the car was one of those things we felt we didn’t need to update. It’s a classic. I just may have to steal it.” 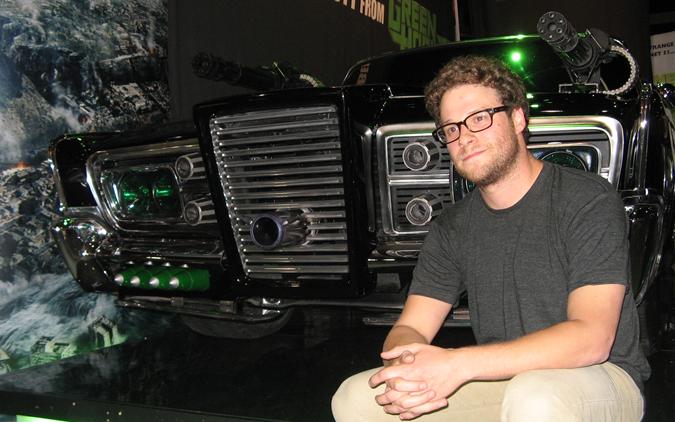