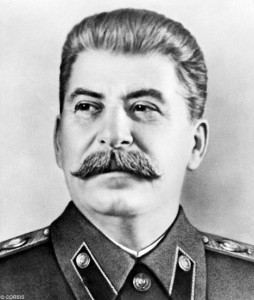 – Also of note was the fact that Albert Pujols batted cleanup yesterday. This was, according to the Cardinals, the first time since May 30, 2003, a span of 1,046 starts hitting third. Allegedly, this was done to give Matt Holliday a little more protection and a chance to see some better pitches. But why not move him to the second spot? It’ll give him a chance to bat in front of Pujols while still ensuring Pujols an AB in the first inning. Moving David Freese, tied for second on the team with 24 RBI to cleanup would offer a little bit of protection to Pujols.

– Has anyone else noticed that Yadier Molina, the guy who NEVER comes close to beating out a ground ball, now leads the team in stolen bases, with 5? This puts him on pace for 23 for the season.

Seriously. If Yadier ends up leading the team in stolen bases for the season, I’ll run a marathon next summer.

– Pulling Brendan Ryan from the starting job was the right thing to do, especially after his defense pretty much cost the Cardinals two games last week. I like Ryan a lot, and I think he’ll be back to starting by the end of the season, if not earlier. But right now he just needs to clear his head.

– Finally, I know I promised last time I’d do an all-time Cardinals lineup, but I just haven’t had the time. It will be featured soon, though. I promise.

– The Grilled Cheese Thickburger from Hardee’s is a colossal accomplishment in the pursuit of obesity. When possible, I advocate putting as much cheese as humanly possible on burgers, so this caters right to me. Interestingly, I’m not a fan of the bacon on the burger, however; a strange development given my advocacy of bacon.

– The cheesecake layered pancakes at IHOP definitely don’t look as good as pictured in the commercials, but they are quite tasty. They are, however, very rich, so I recommend just getting the combo (which comes with two eggs, bacon/sausage, and hash browns) instead of getting four pancakes.