Warner Brothers’ massive Comic-Con announcement is starting to leak, and I for one, can’t be more excited. 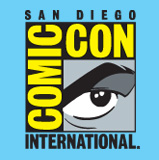 Multiple sources related to the Man of Steel sequel are reporting that it will actually be a Superman/Batman flick. Along with the leak is news that Warner Brothers is about to announce a Flash movie for release in 2016 and a Justice League movie for 2017.

Zack Snyder, David Goyer, and Chis Nolan are all returning for what should be an tour de force of superhero awesomeness.  The question remains though, what story line to they take inspiration from? Are they going to use the “John Blake Effect” where they pick elements from different story lines and make them mold seamlessly together?  The biggest question is: Who will be The Dark Knight?

It’s pretty smart for the Brothers Warner to put this movie up against The Avengers 2 rather than rush The Justice League.  Using this method, you can have Superman and Batman be the catalysts for more super heroes popping up through out the United States.

I’d really like to see them use Jeph Loeb and Ed McGuinness’s first story arc on Superman/Batman.  In the story, out two heroes are being hunted by the government due to an order sent down from the President (Lex Luthor in the story).  They have already laid the ground work for something like that in Man of Steel.   They people involved can just build off of that.

UPDATE 4:00PM CST:There was no Flash or Justice League announcement, but there was a Superman/Batman announcement!  As Warner Brothers ended their panel, Zack Snyder walked on stage and he had this to say: “Some shit is gonna happen up here”, and that’s exactly what happened.  Snyder made it official that there was going to be another Superman movie.  He then brought out Harry Lennix (Gen. Swanwick from Man of Steel) to drop the big bomb.  Batman will be a part of it.

Lennix then read this line from The Dark Knight Returns:

I want you to remember the one man who beat you…”

A logo flashed on screen mixing the S shield and Batman logo.

How is this going to play out?! Who will be Batman?  Are we going to see a Dark Knight Returns style fight?  I hope to hear more as the con goes forward.

UPDATE 10:10PM CST:  As the Warner Brothers panel was finishing up, they revealed the logo for Superman/Batman.  Here’s a look.

What I find interesting is the change in the Batman logo.  It looks very similar to the logo Frank Miller used in The Dark Knight Returns.  Is that the kind of movie we’re going to get?