Sci-Fi and VR: How Virtual Reality was Depicted in Movies 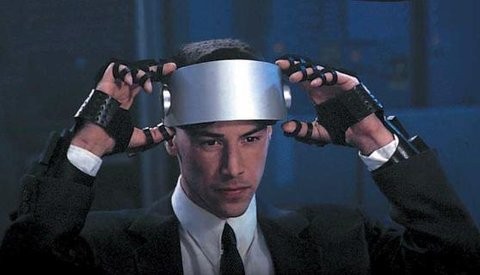 Different worlds and simulated environments have been a popular topic in science fiction for decades. Yet the form we know and use today – virtual reality – has not appeared until the early 1980s. While the perception of reality has been a question that has been a concert for thinkers and philosophers for ages – think Platon’s cave allegory – the idea of a computer-generated “cyberspace” appeared much more recently. One of the best examples is William Gibson’s “Sprawl” trilogy, which imagines a virtual world accessible to man through a direct computer-brain interface.

Technology has not yet reached this state, although a lot of progress has been made on the matter. Early adopters have to make do with tricking their sight and hearing into feeling immersed in a reality provided by headphones and screens. Soon, as the technology spreads, we’ll see a myriad of new applications for it to appear – it will not only benefit gamers and those who play online slots at All Jackpots casino, but students, engineers, real estate agents, and doctors as well. Still, the application closest to becoming reality is in entertainment – there are video games that already have support for VR, and the All Jackpots will likely also get a virtual upgrade soon. The technology is ready to be deployed – the software developer providing the All Jackpots with its games already has it ready to be rolled out – yet headsets are still not widespread enough to be worth rolling it out. But VR headsets will become the new norm in a matter of years.

Filmmakers have imagined the virtual world in a number of different ways in the past – not necessarily in the way it has become available today. One of the first movies to feature the depiction of cyberspace the way we know it was 1995’s “Johnny Mnemonic”, based on a character invented by the same William Gibson who coined the term “cyberspace” (who, by the way, wrote the movie’s screenplay, too). In the movie, Johnny (Keanu Reeves) uses a headset and gloves similar to the early VR gear available at a time, and his forays into cyberspace involve hacking and navigating the data grid similar to today’s internet.

1999’s “The Matrix” seemingly reaches back to Gibson’s idea of connecting the brain to a computer, seeing its characters enter the Matrix (a massive simulated world ruled by the Machines) through physically connecting their brains to the network. Once inside, they can interact with the virtual environment in perfect immersion, in an environment that’s a faithful replica of the 1990s USA.

In the same year, an even more disturbing VR-themed movie was released – David Cronenberg’s “eXistenZ”. This movie, again, features a direct connection of the brain to the computer for a perfect immersion, this time in a video game. Yet things get a disturbing twist when the game’s designer, testing the product for flaws, reaches a state when he can’t tell whether his experiences are real or not.

Finally, let’s take a look at one of the most thought provoking movies released in the same year, “The Thirteenth Floor”. In it, a computer scientist enters a simulated world, taking over the personality of one of the characters, only to later find out that… but allow me not to spoil the twist in the story. Let it be enough that it is one of the best VR-themed movies ever, a must-see for all SF movie fans.