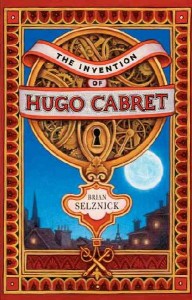 Martin Scorsese is coming off with some of the biggest commercial successes of his career with The Departed and Shutter Island both having respectable grosses.  So, what is next for the famous director? A kids film named Hugo Cabret.

Hugo Cabret is a twelve year old orphan who lives in a Paris train station. Sacha Baron Cohen has been signed on to play the station inspector, and Sir Ben Kingsley will be playing legendary silent filmmaker, George Melies. The movie is based on the award winning book by Henry Selznick.

Kick-Ass actress, Chole Moretz, has also been hired onto the production, as the female lead. The title character will be played by Asa Butterfield.

Looks like Scorsese once again has an all star cast. I’m really looking forward to seeing how Cohen works with Scorsese, he isn’t the normal type of actor you’d usually think to pair up with a director like Scorsese.

What do you think of the casting? Let us know in the comments.