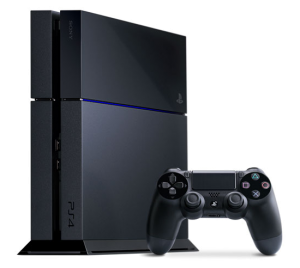 PS4s are back in stock to pre-order for launch day on Amazon.

Well this was unexpected. Sony, who’s been pretty much the white knight of the gaming industry as of late, has come under fire recently. Back when the console was announced and during E3, it was widely accepted that the PS4’s OS would only require 1GB to run. This was seen as a serious advantage over the console’s competitor, Microsoft’s Xbox One, which required 3GB of memory to run its 3 different OSs.

10 Reasons To Buy Sony’s PlayStation 4 Over Microsoft’s Xbox One.

In a rumor that originated at Digital Foundry and was reported by various news outlets from Game Informer to IGN, it seems that word on the street is that the PS4 requires 3.5GB of its 8GB of total memory. This means instead of having the widely accepted 7GB to work with, the PS4 now only has 4.5GB reserved for games – less than the Xbox One’s 5GB. It’s worth noting that in the same report regarding the change, developers can harness an extra 1GB from the PS4’s memory bank – as long as the OS doesn’t need it. How that could work, remains to be seen (some OS features disabled for certain resource heavy games?).

Sony has neither confirmed nor denied these statements by the Digital Foundry. It would be interesting to see if this is true or not because it would make the playing field much, much more even. Recently, Microsoft announced their plans to fully support self-publishing for indie developers. That, along with Microsoft’s announcement that every Xbox One – at some point in the future – will be able to become a debug developers’ tool, could very well turn the tide in Microsoft’s favor.

I’ve said it before and I’ll say it again: competition is good for the consumer. These companies are constantly doing their best to try to win the war on all fronts. The consoles are similar in price, and if this rumor holds true, we could see the Xbox One taking back the power title.