The List: Movies About the Bombing of Hiroshima and Nagasaki 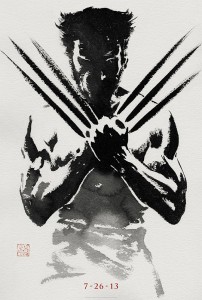 This week The Wolverine hits theaters. The film opens with Logan saving the life of a Japanese soldier during the bombing of Nagasaki. It’s a riveting scene and got me to thinking about how cinema has dealt with that historic and tragic incident.

Read our review of The Wolverine.

So I crafted what will possibly be the most depressing list I’ll ever create… Movies about the bombing of Hiroshima and Nagasaki.

The Atomic Café is a fascinating film. It’s a documentary about the rise of the atomic age told entirely through newsreel footage, declassified military training films and civil defense films. The film vacillates wildly (and effectively) between dark humor and being deeply disturbing.

The film highlights just how much the government got wrong about the potentiality of surviving a nuclear war. The question it asks you to infer is – how much of that was on purpose? The film doesn’t use a narrator as seen in traditional documentaries. Instead we see archival clips juxtaposed to illustrate what the government knew about atomic weaponry versus what they actually told us.