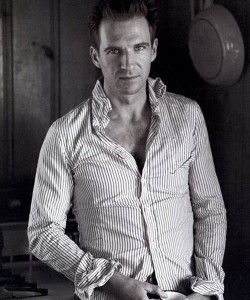 Bond 23 is shaping up to have a stellar cast. First it was announced that Javier Bardem had been offered a role as a lead villain in the upcoming film, and now it appears that Ralph Fiennes is being approached to play yet another villain within the film.

There is no doubt that Fiennes plays a fantastic villain, one look at films like In Bruges and the Harry Potter series confirms that the actor has an amazing arsenal of emotions that make you ultimately despise and maybe admire him at the same time.

The role is described as being “darkly complex”.  Although, right now the role is just a rumor, and neither a spokesperson for the actor or MGM has come out to verify talks between the actor and the studio.

“I was told Fiennes was approached because ‘the part is one of extreme complexity and only an actor of great ability and dexterity can take it on — and Ralph’s name is top of our list,” an MGM executive told the Mail.

Just to think that this film almost wasn’t made makes me shudder. I’m hoping they can continue to strengthen the brand, and we’ll see another fantastic Bond film in November 2012.