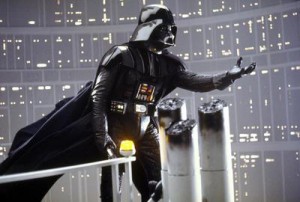 Please, sir. May I have some more?

Late last week the internet was flooded with reports from a “ultra top-secret Lucasfilm insider” that George Lucas was planning yet another Star Wars trilogy, but this time set after the events of the original trilogy, and not focusing on the lives of the Skywalkers.

As you can guess numerous neckbeards across the universe gasped with delight and terror at the same moment.  The idea of such a thing raised so many possibilities, but due to the amount of hatred produced by the prequel trilogy, the response wasn’t what anyone at Lucasfilm would want to see.

Luckily, as fate would have it, it turns out it was just one big rumor.

“This is, of course, completely false,” Lucasfilm spokesman Josh Kushins told Wired.com “George Lucas has plenty of projects to keep him busy right now — including plenty of Star Wars projects — but there are no new Star Wars feature films planned.”

However, many people have noted that Lucasfilm would deny it, because the films are in a very early stage of planning.  So, it is entirely up to you if you want to believe that new Star Wars sequels are on the way.

Do you want more or do you think George Lucas should stop making more films? Let us know in the comments!