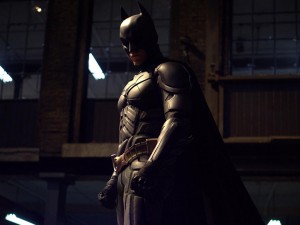 Think back to two summers ago when anticipation was high for The Dark Knight, and one of the things you are bound to remember was the hype over the added IMAX scenes.  If you were one of the lucky people to see the film in IMAX you will remember there was an aspect ratio change, and one that still shows up on the Blu-Ray copy of the film. What would you think of a film shot completely in IMAX? Cinematographer Wally Pfister sure would like it that way.

“I can’t say until I read the script, but it would certainly be my preferred, amazing goal to shoot the whole movie in IMAX… Chris’ films are so densely layered and have so much going on visually in every way that IMAX helps enhance that because of the scope and the scale of it- it becomes a much larger canvas to paint on. That’s what we found on Dark Knight,” Pfister said to MTV News earlier this week.

And for you people out there hoping for 3D?

“I’m not a big fan of 3-D, “Pfister said. “I liken it to my View-Master I had 40 years ago. Are you really getting more out of the story with 3-D? When you separate those different planes and you’re creating artificial depth, it looks phony to me.”

According to many sources Nolan himself is not in favor of 3D, but it is most likely something the studio will be pushing for.

What do you think? Should the film be shot completely in IMAX? Should Nolan accept 3D? Let us know in the comments!