Well, after the Cardinals hit the first official rough patch of the season, they managed to rebound nicely and go 5-2 this last week, taking both games from the Nationals, splitting with the Marlins, and ganking two out of three with the Angels. Hopefully you especially enjoyed the series against the Angels, as they’re often considered the American League counterpart to the Cardinals, relying on sound pitching and fundamentals rather than the long ball. 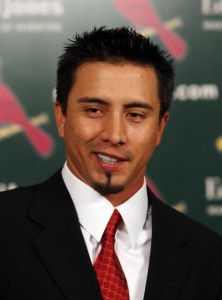 Not all is great, however, in Cardinals land, as 40% of our starting rotation went down quicker than a hooker trying to pay rent. After hitting a grand slam Friday, Brad Penny went on the DL with a sore lat. Saturday, Boy Band…er, Kyle Lohse, aggravated his forearm, the same one that bothered him last year and that keeps him from getting too lonely on road trips.

What the Cardinals will do depends on the MRI on Lohse’s forearm. The Cardinals already placed Penny on the 15-day DL and called up P.J. Walters.

As for this weekend, the Cardinals’ previously dormant offense seemed to finally take flight after seeing the pitching struggle, scoring 22 runs against the Angels.

– The Cardinals thankfully returned Pujols to the third spot and Holliday to the fourth. Holliday’s showing signs of coming around, hitting 7 for his last 21 with four RBI and finally hitting his fifth home run.

As for Pujols, he’s struggling a bit, but give the guy the benefit of the doubt. He’s seeing the ball alright, as he hasn’t struck out in his last eight games and he’s still getting walks. He’ll be raking in no time. 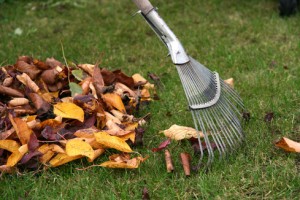 – David Freese is now one RBI off the team lead with 28. He seems to offer terrific protection for the rest of the lineup, and his defense has improved dramatically since the beginning of the year. He still needs to work on positioning a bit, as he still has a tendency to stab at too many grounders, a la Roger Dorn. But I think we’ve found our third baseman for the next few years, I’m happy to say.

– The shift the Angels used on Felipe Lopez yesterday was an interesting one. With the game tied in the bottom of the 10th and the bases loaded with one out, Mike Sciocia pulled his centerfielder to the infield, placing him between first and second base and sticking with just two outfielders, the reasoning being a deep fly ball would end the game anyway, whereas a ground ball offered the chance for a double play. Obviously the tactic didn’t work, as Lopez hit a fly ball to the warning track that drove in the winning run, but Sciocia’s generally regarded as one of the best managers in the game, and I wouldn’t be surprised to see this happen more often in the future.

Looking at the week ahead, the Cardinals play the Padres next series while the rest of the majors continue interleague play.