I can’t believe it has already been a few years since the Riverdance Farewell Tour came through St. Louis in 2012. It was an incredible show (read the review here), as we sent off the legendary production that had been touring for the better part of two decades across the globe. 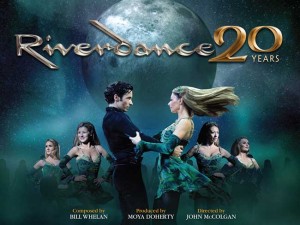 Fortunately for audiences in the States, due to popular demand and sold out shows all across Europe and Asia, Riverdance is back after its four year hiatus – with the 20th Anniversary World Tour!

The show is back and better than ever, featuring new costumes, visuals – and an amazing new hard-show dance number (“Anna Livia”) from the female members of the cast. I was so pleased to hear that Riverdance was returning after their absence in the US. Although I was lucky enough to see the Farewell tour, I was hopeful that they would return. And they did not disappoint. Everything was as incredible as I remembered, and even better this time around. The music was magnificent, as it blasted powerfully through the auditorium of the beautiful Fox Theatre. The dance numbers seemed bigger and better than ever, with some of the most talented dancers I’ve ever witnessed. And the new projections created for the tour were a perfect compliment to the sights and sounds that have made Riverdance one of the most successful touring shows in the world. 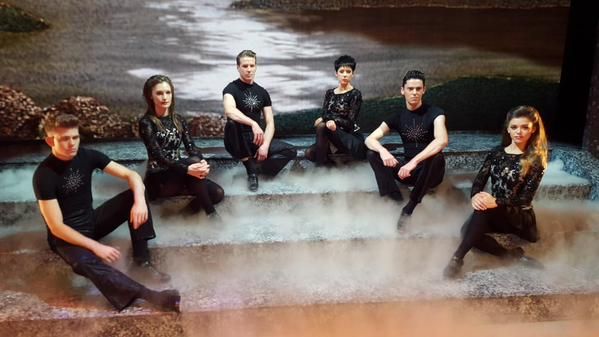 The lead dancers were tremendously talented. With the last tour, I was blown away with both the male and female leads, and didn’t think that the dancing could get and faster – nor any more complex. But the 20th Anniversary Tour had a surprise in-store for me last night. The two main leads of the show, Maggie Darlington and Jason O’Neill, are champions of Irish dance and have traveled across the world sharing their talents. O’Neill has landed the lead role in three shows, and has performed in over 200 cites across the globe. His footwork is absolutely breathtaking – perhaps the fastest and most precise I’ve ever witnessed. And Darlington is as talented as she is lovely, every fast-paced movement appearing effortless and in sync with the rhythm produced by the 4 amazing instrumentalists. She started dancing at only three years old, winning four North American Championships, two All-Ireland, and the World Irish Dancing Championships. Her experience and skill is apparent as she lights up the stage. Both dancers are two of the best at what they do, along with the other two male and female leads (Ciara Sexton, Emma Warren, James Greenan and Bobby Hodges). The leads and Irish Troupe all work together marvelously, with the musicians and vocalists, to give the audience a mind-blowing performance. 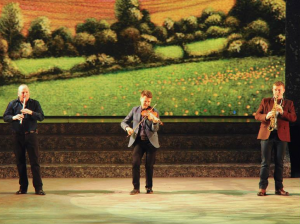 There are only 4 musicians that provide the audible pleasantries which guide the dancers, but you would think there was an orchestra backing them up. It is incredible to experience the quality and quantity of sounds that they are able to produce. Mark Alfred is back on percussion, who blew me away with his performance four years ago. He has to be playing at least 15 different instruments at his station throughout the show. 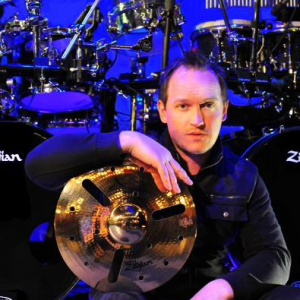 Patrick Mangan, who is also the musical director, plays one of the fastest fiddles you will hear – and does so in a way that combines classic Celtic music with the energy of a rock concert. Matt Bashford gives an incredible solo performance on the Uilleann Pipes, as well as gives us some great notes from his low and tin whistles. And Ken Edge is terrific on Saxaphone.

Aside from the talented leads and their troupe, there are so many fantastic solo dancers – who give us a taste of a wide variety of different dance styles. The Flamenco dancers are fantastic, the Russian Dancers are almost acrobatic in their movements, and the tappers are out of this world. The latter, Rohan Pinnock-Hamilton and Tyler Knowlin, not only provide some amazingly fast-paced and entertaining footwork, but also provide the audience with some fantastic laughs.

Overall, the show is breathtakingly beautiful to behold, and extremely entertaining. While Riverdance is back celebrating 20 years of incredible performances, there is no telling when the next time they will return might be. We can always hope that they will continue to tour across the United States for another 20 years, but why take the chance when you can see them now? Catch the show this weekend at the Fabulous Fox in St. Louis – or when they come to one of the next 30 plus cities across the US this year!

The 20th Anniversary World Tour is composed by Bill Whelan, produced by Moya Doherty and directed by John McColgan.

RIVERDANCE is playing the Fabulous Fox Theatre in St. Louis from February 12 to 14, 2016! Performances are Sat. at 2pm & 8pm, and Sun. at 1pm & 6:30pm. Running Time is 2 hrs 10 min including intermission, and tickets range from $30 to $100. Purchase tickets at Metrotix, or visit the Fabulous Fox website for more details.