Review: TURNING RED is Disney-Pixar’s Boldest Film, Not Afraid To Get Real 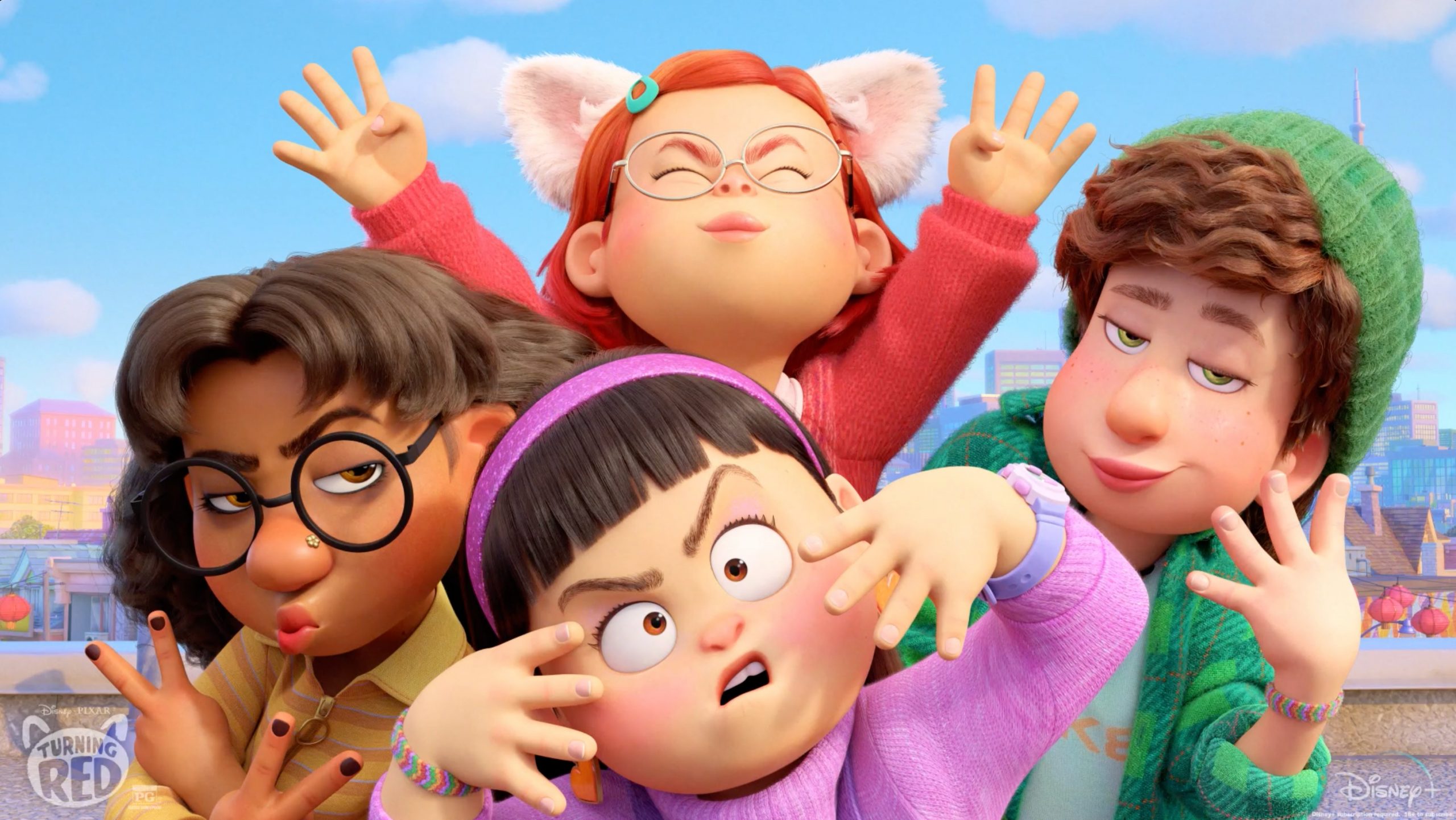 Directed and co-written by Domee Shi, who won the Academy Award for Best Animated Short Film in 2019 for Bao, Turning Red is not afraid to get real.

The film is a coming-of-age story that kids going through adolescence will no doubt be able to relate to. And so will their parents, as both parties struggle to navigate uncharted waters. We’ve all been there, and it’s a formative time in all our lives where we learn to accept ourselves and start to understand who we are going to be. The story is one that helps kids understand that they are not alone, while parents will realize that listening and being supportive can go a long way.

Meilin (Rosalie Chiang) is a 13-year-old living in Toronto, who is unapologetically herself in every way. “Making my own moves, 24/7 365. I wear what I want, say what I want. And I will not hesitate to do a spontaneous cartwheel if I feel so moved,” she says while introducing herself to the audience at the beginning of the film. She’s a good student, is involved in extracurriculars, and loves having fun with her group of besties: Miriam (Ava Morse), Priya (Maitreyi Ramakrishnan), and Abby (Hyein Park).

In addition to her friends and hobbies, Mei is dedicated to her family. After turning down a karaoke trip with the girls, she heads home to help her mother, Ming (Sandra Oh), and father, Jin (Orion Lee), look after their family’s temple. We learn about their ancestor, Sun Yee, the guardian of the red pandas, who looks after them and the community. After a mortifying confrontation between Mei’s mother and a teen Mei has been crushing on who works at the nearby convenience store, she has a nightmare about the red pandas – only to wake up and find she has been turned into one. Mei finds that controlling her emotions can rid her of the panda, but that is easier said than done.

The events that kick the story into motion are triggered by Mei going through puberty. She is noticing boys, her friends tell her she needs deodorant, and her body is changing (literally turning into a giant red panda, in this case). When she first transforms, her mother mistakes what is happening for her starting her period. She asks, “Did the red peony bloom?” Ming then brings in a box of no less than seven packages of pads, listing off all the different kinds. Something that more than fifty percent of the population deals with at some point in their lives, and we’ve never seen it in a Pixar film before. This is important, and history-making. Kids need to know this stuff is normal, and not be afraid to ask for help figuring it out.

The animation is bright, colorful, and highly detailed – no surprise coming from one of the best animation studios out there. The style is also unique, blending familiar CG movement with anime-influenced flair throughout the film. Shi has mentioned that she drew inspiration from anime, especially Sailor Moon, in crafting not only the style of the film but also the friendship dynamic between the characters.

The voice performances are stellar, especially when it comes to Rosalie Chiang and Sandra Oh exploring their newly-fractured mother-daughter dynamic. Being a kid and figuring out what you want while trying to please your parents is tough – as is parenting. The love that the characters have for one another feels genuine, and both performances are excellent in speaking to that truth. Orion Lee, while having fewer lines in the film than the leading ladies, also delivers a heartfelt performance – choosing the right time to say exactly what needs to be heard. And the women who voice Mei’s besties are all hilarious and do a great job.

Ho-Wai Ching is great as Mei’s grandmother, who comes prepared to help her daughter and granddaughter get through this mysterious transformation. She brings the girl’s aunties who aren’t messing around when it comes to getting things under control. The theme of family being there no matter what is strong, and highly effective in several heartwarming scenes.

Turning Red is a lot of fun, thanks to the cleverly crafted screenplay by Domee Shi and Julia Cho. It’s very silly and playful, embracing the weird and never shying away. The film is also never afraid to tackle real-life subjects that kids deal with – and does so in an entertaining way that makes it easy to relate to. With a unique style and top-tier animation, combined with great performances and a touching story, Disney-Pixar has done it again.

Now streaming on Disney Plus.