Review: CHARLIE AND THE CHOCOLATE FACTORY Is Fun Treat at The Fox 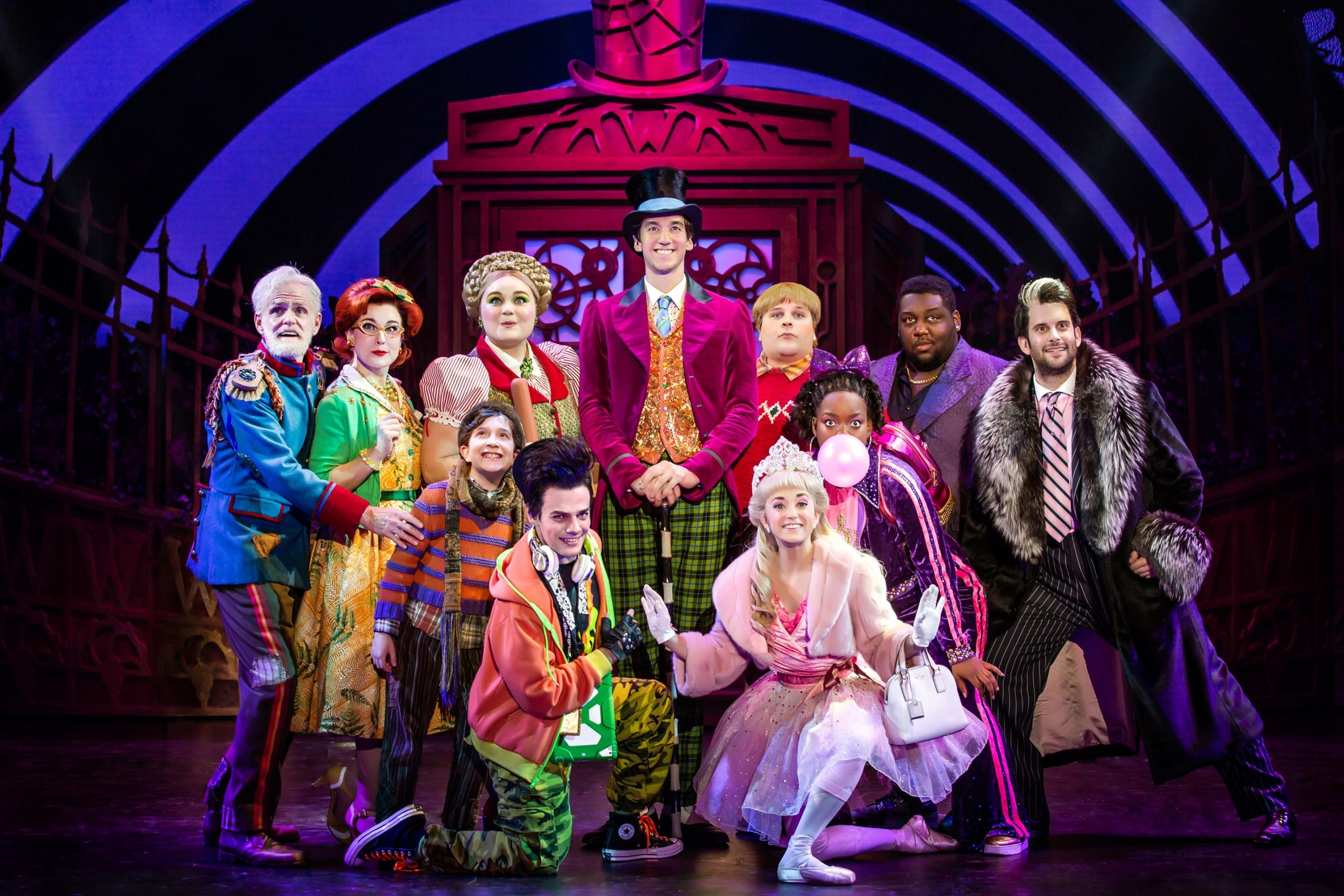 Roald Dahl’s Charlie and the Chocolate Factory, the beloved children’s book that spawned two feature-length films (with a new one on the way), is now a musical currently touring the country.

The new stage adaptation brings the novel to life with songs from the 1971 classic starring Gene Wilder (“The Candy Man,” “I’ve Got a Golden Ticket,” and “Pure Imagination”) while incorporating visuals and themes that feel right at home in Burton’s 2005 film. With some modern updates and new songs by Marc Shaiman and Scott Wittman (Hairspray), there is something for everyone to enjoy.

We all know the story – Charlie Bucket (WILLIAM GOLDSMAN) loves candy, but unfortunately isn’t able to afford more than his annual birthday chocolate bar. His grandpa Joe (STEVE McCOY) encourages him to dream, and play pretend games about Willy Wonka (CODY GARCIA) – the enigmatic chocolatier who closed the gates of his factory years ago. Meanwhile, his mom (CLAIRE LEYDEN) would rather he focus on his studies so that he can make something of himself someday. When Charlie gets word of a contest allowing five lucky winners to tour the chocolate factory, he hopes for nothing more than to be one of them. Winners are revealed from around the globe – Augustus Gloop (NIC MAINS), Veruca Salt (ANGELA PALLADINI), Violet Beauregarde (ZAKIYA BAPTISTE), Mike Teave (JACNIER), and finally – Charlie himself.

The sets and costumes are dazzling, capturing that same wonder you experience when watching the movies for the first time. Being transported into the chocolate factory, the audience feels like they are right there alongside the contest winners on a wild adventure. The production makes clever use of a video backdrop, pushing the limits of what you can do with traditional sets and playing along with the imagination of Willy Wonka.

Speaking of the world’s most famous fictional chocolatier, Garcia does a terrific job in the role – tapping into Depp more than Wilder for inspiration, while at the same time making the role his own. This portrayal of Wonka is funnier than previous versions, and the actor has a good handle on the joke delivery and physical comedy aspects. His rendition of the songs also brings something new and refreshing to the table, while still capturing the magic of those who came before.

The “kids” (portrayed by actors of all ages) all do a fine job, with Goldsman’s Charlie being at the center of the story. He is endlessly charismatic and always seems hopeful, which is an important part of the character. You believe he wants nothing more in the world than to be at the factory, with his grandpa who he loves.

While Charlie may be the hero, I think it’s safe to say that audiences are most excited to see the other spoiled kids who won the contest. Mains is having a blast as Augustus, more concerned about his next meal than the once-in-a-lifetime opportunity at hand. Palladini is an impressive dancer, taking on the role of Veruca and showing off great ballet skills throughout the show. The character of Violet is updated to be a social media influencer known for popping gum, and is given a fun, hip-hop update for her songs. Baptiste is hilarious in the role. And last, but certainly not least (unless we are counting their size after Wonkavision), Jacnier is fantastic as Mike Teave (pronounced like TV) – who has also been updated to be a gamer.

The show stars Audrey Belle Adams (Mrs. Gloop), Scott Fuss (Mr. Salt), Branden R. Mangan (Mr. Beauregarde), and Katie Fay Francis (Mrs. Teavee) as the parents – all of whom do a terrific job with the comedy that comes along with chaperoning a group of terrible kids.

Steve McCoy makes for a fun and endearing Grandpa Joe, causing audiences to laugh quite frequently with all of the stories he tells Charlie. He and Goldsman have good chemistry, and are always believable as close friends.

Have no fear, the Oompa Loompas are all there as well – and creatively portrayed through the use of puppeteering and innovative costumes. The talented ensemble received some of the biggest applause of the evening for their performances as the lovable chocolate-makers.

David Greig is responsible for the book, which is a nice combination of the classic story and modern updates. The heart of the tale remains intact, and that is what matters most.

There is much to enjoy with this new musical version of the story and, as previously mentioned, there is something everyone can appreciate no matter which version they grew up with. The story elements you would expect are all here, and quite a few surprises as well. Some of the characters receive fates closer to what you would read in Grimms’ Fairy Tales, which I didn’t anticipate – but nothing today’s kids can’t handle. There is much fun to be had with this bright and colorful display of pure imagination.

Charlie and the Chocolate Factory is currently on tour, with final performances in St. Louis at The Fabulous Fox on Thursday evening. For upcoming tour dates and more information, visit charlieontour.com.