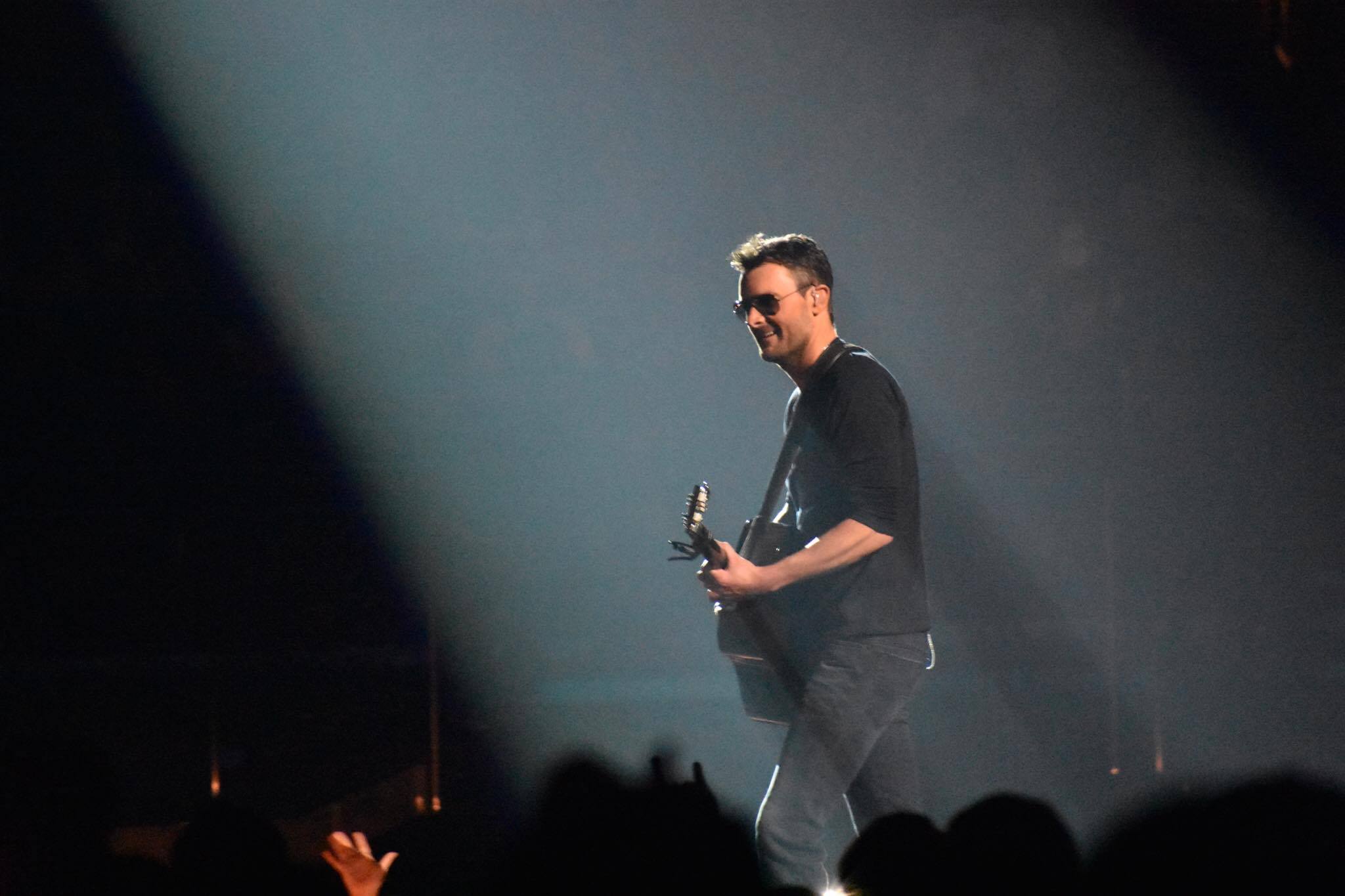 The Chief was in the house on Saturday night at Enterprise Center. While it was cold outside, Church kept the heat coming during his three-hour marathon show aptly titled, “Gather Again Tour.”

While the show started 75-minutes late, which has become Church’s routine, the crowd didn’t seem to mind as Chief strolled out onto the stage while Red Rider’s ‘Lunatic Fringe’ played in the background. Church opened with just an acoustic guitar, playing a medley of St. Louis themed songs. Nelly’s ‘Ride wit Me,’ and ‘Country Grammar,’ paired with Chuck Berry’s ‘Johnny B. Goode’ got the crowd roaring.

Church’s band soon joined and the real fun began. The Chief and his band played 30 songs in a set that never lagged. Highlights of the show included ‘That’s Damn Rock & Roll,’ ‘Drink in My Hand,’ ‘Mr. Misunderstood,’ ‘Talladega,’ and ‘Give Me Back My Hometown.’

Church’s fans have grown accustomed to his non-stop, high-energy performance. The country singer took time during many of his songs to sign autographs for those near the stage. Church could be seen frequently signing posters, books, and album covers while attempting to keep up with the lyrics of the song he was performing. At one point of the show, the singer spotted two young boys in the audience who each was holding a boot. He told security to let them on the stage, where he signed a boot for each boy. The crowd roared with approval.

Church also gave a lucky young girl his signature Ray Ban sunglasses. In one of the funnier moments of the evening, the country singer looked legitimately lost without his sunglasses. Not to worry, as he was quickly given a new pair of sunglasses, seemingly putting the singer back into his comfortable routine of performing for the 18,000 plus fans who packed the Enterprise Center on Saturday night.

The crowd also roared in approval as Church spoke about once playing The Pageant and The Blue Note in Columbia as he introduced his 2006 breakout single ‘How ‘Bout You.’

While Church fully admitted that he was unsure if he’d ever be able to play a big arena show again due to the pandemic, his hit song ‘Springsteen’ signified that “we were meant to be together.” Judging by the singer’s following, Church will be gathering for many years to come.

Eric Church ‘Gather Again Tour’ gets an A.