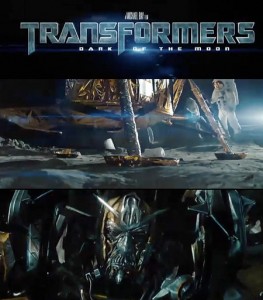 Growing up, I learned a few lessons very quickly.

Happiness is dependent upon realistic expectations.

Respect is earned, not given.

Don’t pee in the corner when others are looking.

Some of these lessons stuck more quickly than the others.

When the first Transformers film (well, live-action, not animated) came out a few years ago, I was understandably stoked. I grew up as the excitement surrounding the television show was waning, and who didn’t like Robots in Disguise? The first two films delivered on the exact premise they aimed for: humor and jaw-dropping action scenes. Plot is sacrificed a little bit for bright shiny objects, sure. It’s a Michael Bay film, people.

Critics constantly knock his films because of the flash and explosions prevalent in his films. Films should be treated as a work of art, an expression of a director’s vision, blah blah blah. If you want a treatise on ontology, read Ulysses. If you want to see a movie that’s undeniably entertaining, see Dark of the Moon.

Notably missing in this go-around is Megan Fox, who in my opinion should have won an Oscar for her performance in the first two films. No other actress has so thoroughly convinced me she was running in slow-motion from alien robots as she managed to do. From all accounts, she was a terror on the set, so the decision was made to let her go.

I managed to round up some seats to take a veritable crew of awesomeness consisting of my old fraternity brothers Nick and…Nick, Nick’s lovely girlfriend Steph (the second Nick, not the first), and my vivacious friend Liz. The tickets weren’t particularly easy to come by, and I had to promise my editor the godfathership to my firstborn for them. Incidentally, I think I already promised him ownership of my firstborn for passes to Inception, so the joke’s on him. Booyah.

Shia LaBeouf returns as Sam Witwicky, the awkward and somewhat reluctant hero of the first two films. Now a graduate of college, he lives with a new, stunningly beautiful girl Carly (Rosie Huntington-Whitely) as he looks for his first real job.

Meanwhile, the Autobots continue to work with the American armed forces on covert missions. While investigating an energon signature in Chernobyl (and running into two SAS operatives named Captain Price and Captain MacMillen) (ok, not really) (but it’d be a lot cooler if they did), Optimus Prime (Peter Cullen) discovers part of the Ark, an Autobot ship that contained a technology that could have won the war for them on Cybertron. The Ark was discovered on the moon and investigated by Apollo 11.

The Autobots land on the moon and retrieve the technology, pillars that can create a wormhole in the universe. Optimus also brings back the body of Sentinel Prime (Leonard Nimoy), the original leader of the Autobots who attempted to escape from the wartorn Cybertron with the technology. The rest of the film is a race between the Autobots and the Decepticons to harness/control the technology.

Character development still has the same issues as every Michael Bay film. It’s hard to develop an attachment to the characters in the first half of the film when it’s simply aiming to make the audience laugh. The film has some witty dialogue, but apparently Sam was so hurt by the fact that Mikaela left him after everything they went through in the first two films that she’s mentioned a total of one time in the film. Although, perhaps finding an incredibly gorgeous English girlfriend helps alleviate the pain.

Still, Shia is witty, innocent, and learns to control his own fate. Josh Duhamel reprises his role as William Lennox, now a Lt. Col. in the Army. Tyrese plays a smaller role as Robert Epps.

The star of the film, though, is the visual effects. The production work on this film is second-to-none. The audio is clean, and the special effects are simply outstanding. Without giving away too much of the plot, I can see a spike in volunteers trying out for the 101st Airborne after watching the wingsuit flying scenes. Simply outstanding. Having said that, there isn’t really anything super groundbreaking. Some of the camera shots are predictable, and I haven’t seen such persistent use of slow motion since the Matrix trilogy. I saw the film in 3D, and apart from the battle scenes (which are admittedly numerous), the film didn’t really fully utilize the idea of 3D. Avatar fully utilized 3D to immerse the audience in the environment, whereas this technology is limited in Dark to 20 or 30 effective minutes.

Two minor nitpicks grounded in reality (and yes, I realize this film isn’t intent on aiming for realism). One, most of the soldiers in the NEST outfit carry M4 carbines or a variant thereof (I did see a SAW and a few of the SEALs towards the end had sniper rifles).  Now, the enemies they’re pursuing stand 15 feet or higher, weigh at least two tons, and are armored. They figured out in the first film that the armor is vulnerable to high-heat sabot rounds. The M4 is capable of firing sabot rounds, but wouldn’t they perhaps want to use a larger-caliber rifle, at least a 7.62 instead of a 5.56? In the end of the first film, Duhamel’s using a grenade launcher. Seems like an M4 or pistol would be akin to using a pea shooter.

The second issue has to do with physics. At one point, an attempt to bring Cybertron through the wormhole is made right outside of Earth’s atmosphere, with nary a physical consequence to Earth. You learn in elementary school that the moon, an object no closer than 360,000 kilometers from Earth, is responsible for the tides of the ocean. Imagine if a sphere larger than Earth suddenly parked itself right outside the Earth’s atmosphere. There would most likely be more dire physical consequences than simply seeing it in the sky.

Again, this is the physics geek nitpicking. I thoroughly enjoyed the movie because it fulfilled the expectations I had. I wasn’t expecting anything profound, and I wasn’t disappointed. I was a little surprised at the final outcome for some of the Transformers, however; given the nature of the television series, film, and the individual robots, I was expecting a slightly different outcome, but I don’t think it’s something anyone’s going to cry foul over.

As we left the theater, I think most of the moviegoers enjoyed the film. My friends certainly did. In short, Transformers: Dark of the Moon is a lot like a date with me: all parties involved go in with low expectations, lasts less than three hours, lies are told, in the end, it’s up to a machine to get ‘er done, and Megan Fox is nowhere to be found.

Transformers gets a B.