The Zookeeper’s Wife is based on the bestselling book of the same name, telling the true story of Antonina and Jan Zabinski. They were a married couple from Poland who owned and operated the Warsaw Zoo, using it as a safe harbor for hundreds of Polish Jews – trafficing them to safety over the course of World War II. 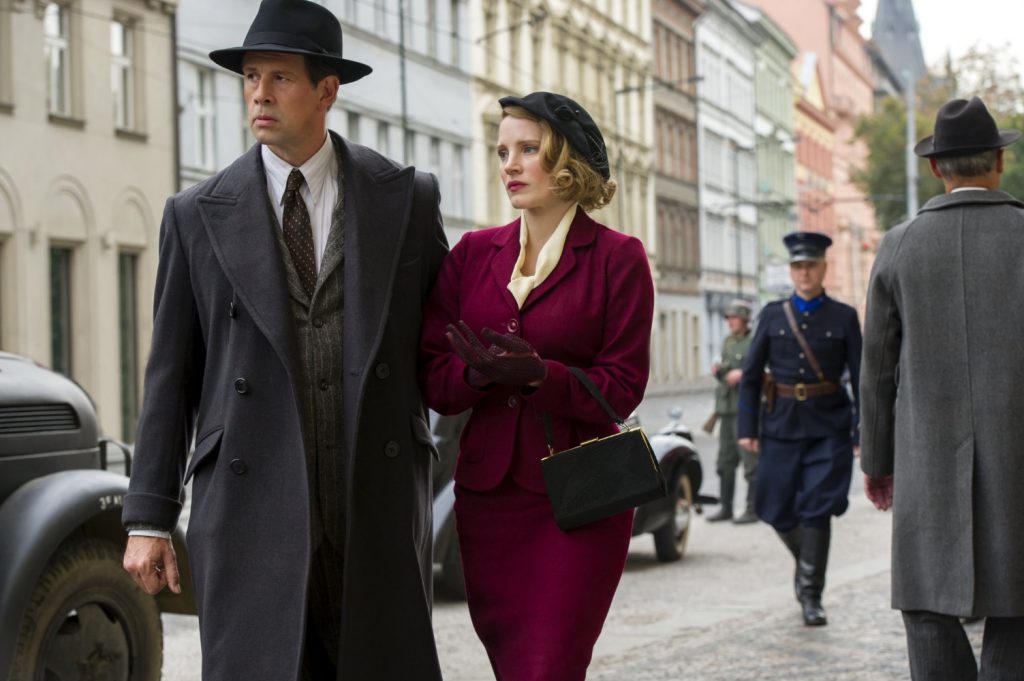 The film opens with what I found to be an extremely pleasant score accompanied by what appears to be a beautiful day at the Warsaw Zoo. Antonina, played masterfully by Jessica Chastain, begins the day greeting the zoo’s guests and taking care of it’s inhabitants as she rides her bicycle across its campus as she helps her husband Jan (Johan Heldenbergh) tend to the animals. The film does a great job showcasing Antonina’s compassion for the animals, and how she’s gained their trust. When faced with adversity early in the film by her peers, assuming she’s only a helping hand to her husband, Antonina brilliantly proves she is very much capable of handling herself. She demonstrates this when she fights to revive a suffocating newborn elephant (albeit convenient timing for the animal to be born).

It doesn’t take long, however, before the film begins pulling on the heartstrings. The crisis of the film starts with bombs falling overhead during the invasion of Poland by Nazi Germany. Animal lovers beware, director Niki Caro (Whale Rider, McFarland USA) does not hold back on supplying the viewers with gut-wrenching shots of the enclosed animals in a panic as the bombs begin to fall.

Chastain, as usual, delivers a fantastic performance as Antonina. Her Polish accent never falters, and her commitment to the role is apparent in every emotional scene. While portraying a strong female lead, her vulnerabilities are still present and draws the viewer in even more as the weight of her mission rests on her and Jan’s shoulders. 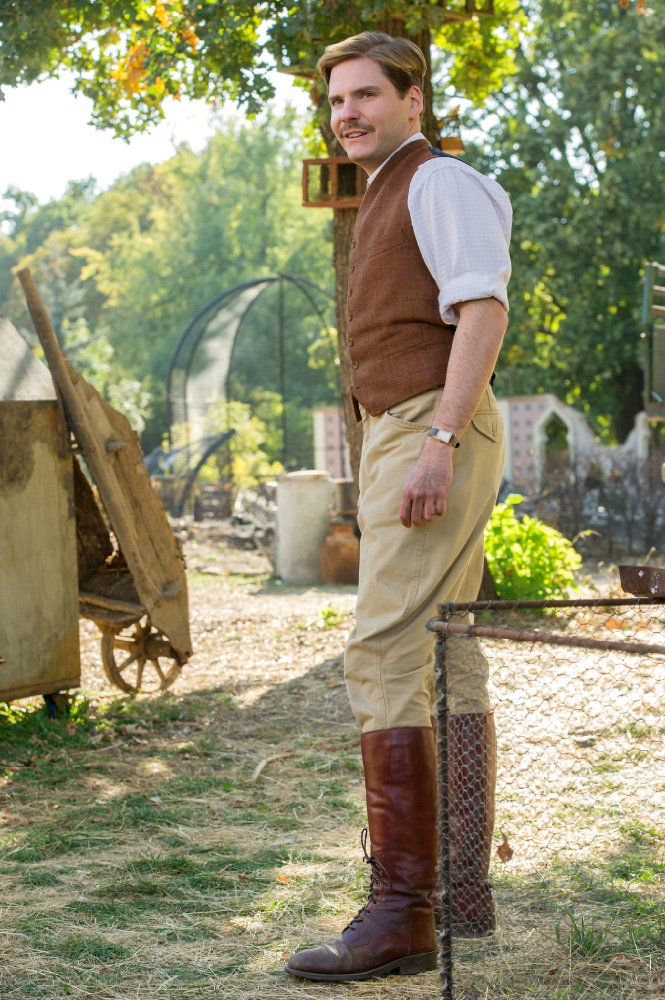 While the Nazi presence in general is of course the main conflict in the film, the main antagonist is rival Nazi Zoologist, Lutz Heck (Daniel Brühl). Brühl gives a satisfying performance as Heck, making him easier and easier to hate with every scene. He and Chastain feed off of each other very well, as he begins trying to win over her heart. She is truly pushed to her limits while trying to keep her secret safe.

Caro does a wonderful job transitioning Angela Workman’s script to the big screen, carefully building up the tension as the Zabinskis secretly shelter and traffic these people to safe houses. This includes several extremely close-calls, as Heck begins to suspect something is awry. Where she comes up short, however, I believe is the pacing. World War II spanned over the course of six years and this film covered it in it’s entirety in just a little over two hours. For the most part, I think the time jumps were presented very well, with each of them giving us a month and year at the bottom of the screen. It was toward the end where it became confusing as suddenly she’s giving birth with no inkling that nine months had passed, followed by text saying “One Year Later,” in which she appears to be holding a three or four year old. It’s not film-breaking, but it had me confused for the final ten minutes of the film.

Filled with emotionally gripping scenes and heart stopping moments (one in particular near the end had me picking up my jaw from the floor), The Zookeeper’s Wife is a must see. It falls short of a masterpiece like Schindler’s List, but it’s a compelling story that deserved to be told.

The Zookeeper’s Wife gets a B+