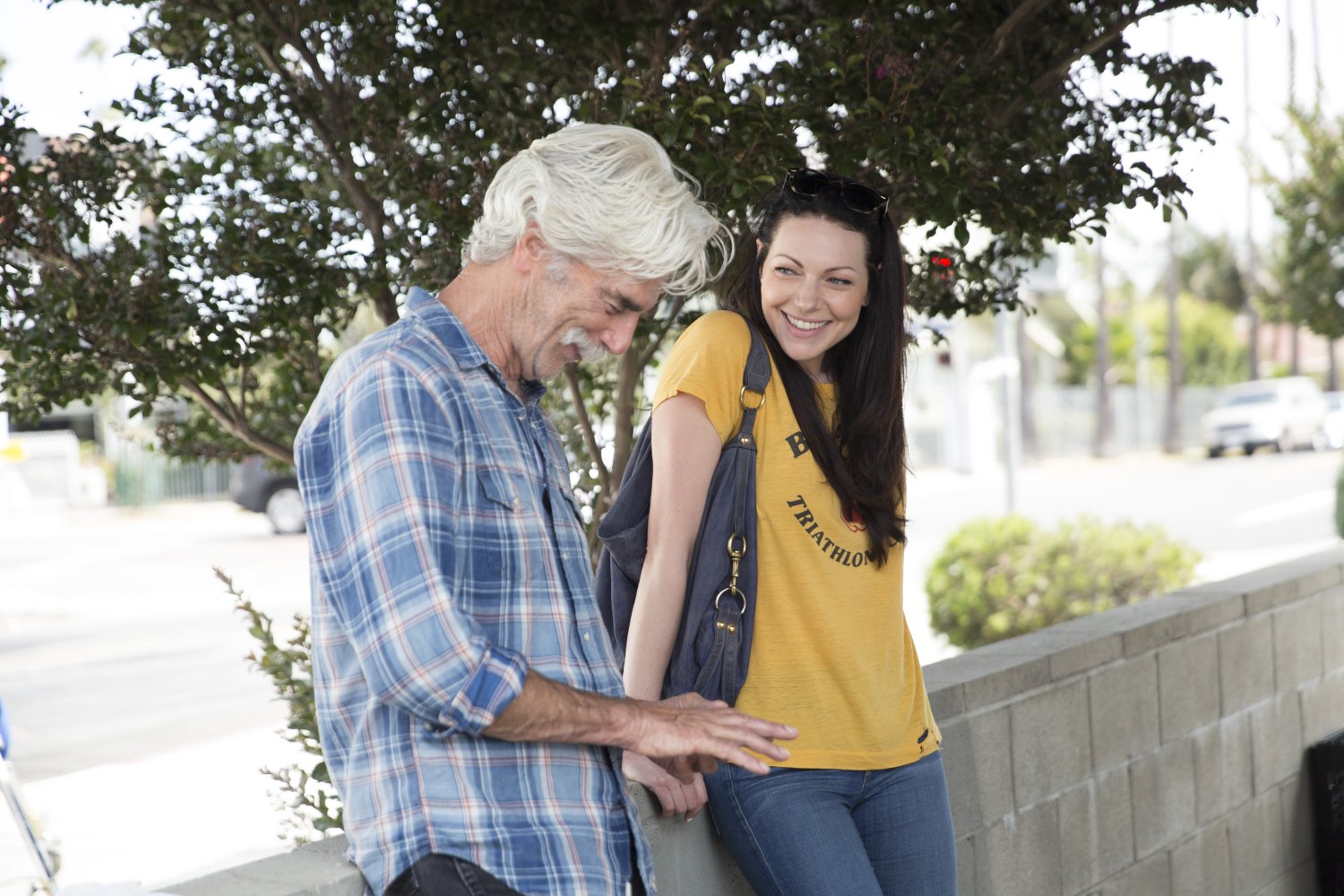 The Hero is a character piece directed by Brett Haley and co-written by Marc Basch. The film revolves around Lee Hayden (Sam Elliott), an actor old in age and years past his prime. Lee is down in his luck; he’s divorced, has no relationship with his daughter, can’t seem to land any respectable acting gigs, and to top it off – he’s diagnosed with a form of cancer with an extremely low survival rate.

The film opens to Lee recording a voice-over for a barbecue sauce commercial. The viewer can immediately see the frustration and maybe even some self-pity that Lee holds in himself as a voice off-screen asks him to do it over and over again. It becomes even more evident in the next scene when he’s on the phone with his agent hoping for good news about a role in which he’s clearly desperate for, but well aware his best years are behind him and roles for him are sparse. While the agent did provide a bit of good news about a Lifetime Achievement award, Lee pretty much dismisses it. This led me to believe that Lee is hard on himself about his career and perhaps not as proud of his work as he wants to be. He later says that there’s only one film he’s proud of and it was forty years ago. It is shortly after that he’s hit with the catastrophic news that he has cancer and begins his path to fixing his life and living out what may be his last years as best he can and repairing the relationship with his daughter.

Sam Elliott is wonderful in this film and easily the strongest part of it. Every ounce of emotion his character is feeling is conveyed perfectly whether it be through just his eyes or his words. I can’t relate to a seventy old man at the end of his career, but I was empathetic to his character throughout the entirety of the film. There are times where Lee is standing alone, looking out onto the incoming waves and just reflecting and without saying a single word, you can feel his pain.

Upon hearing the devastating news, Lee spends a quiet evening to himself pondering the idea of calling his loved ones and even goes as far to dial his daughter but quickly hangs up in a moment of insecurity. The following morning, he visits his pot dealer and former co-star, Jeremy, (Nick Offerman) and spends the afternoon lighting up and trying to forget the world around him. In a moment of vulnerability, he says to Jeremy “I have to tell you something” followed by a long pause. What came out of his mouth next surprised me. It wasn’t what you might expect. He says “I’m making a movie” – a clear diversion from revealing the hard truth that he has cancer.

This becomes a recurring line he uses every time he’s feeling vulnerable enough to share the news with someone, including his ex-wife (Katharine Ross) and daughter Lucy (Krysten Ritter).

It’s not until he meets Charlotte (Laura Prepon) by complete chance both at Jeremy’s and again later at a taco stand that things begin looking up for him. Although their relationship comes off strange at first (there’s at least a 35 year age gap between the two characters), it becomes oddly believable by the end. Prepon, whom I haven’t really followed much since That 70’s Show, actually delivers a surprisingly good complementary performance to Elliott’s. Her character is the driving force that inspires Lee to put himself out there and write the next chapter of his life to be want he wants it to be.

WIthout giving anything away, Lee is presented with a few opportunities throughout the film that force him into prioritizing between his desires as an aging actor and repairing his relationship with his daughter. Some very real moments are produced through monologues by Elliott and again during a desperate conversation with Lucy, complemented exceptionally by Ritter.

In the end, I found The Hero to be a fascinating look at Lee’s character. While driven mostly by a powerful performance by Elliott, the film does just enough to keep the viewer entertained and enthralled with Lee’s life and well-being. That being said, it is kind of a contained film and slow at times but I still found myself curious and hopeful enough that everything would work out and Lee Hayden would find his peace.

The Hero gets a B-