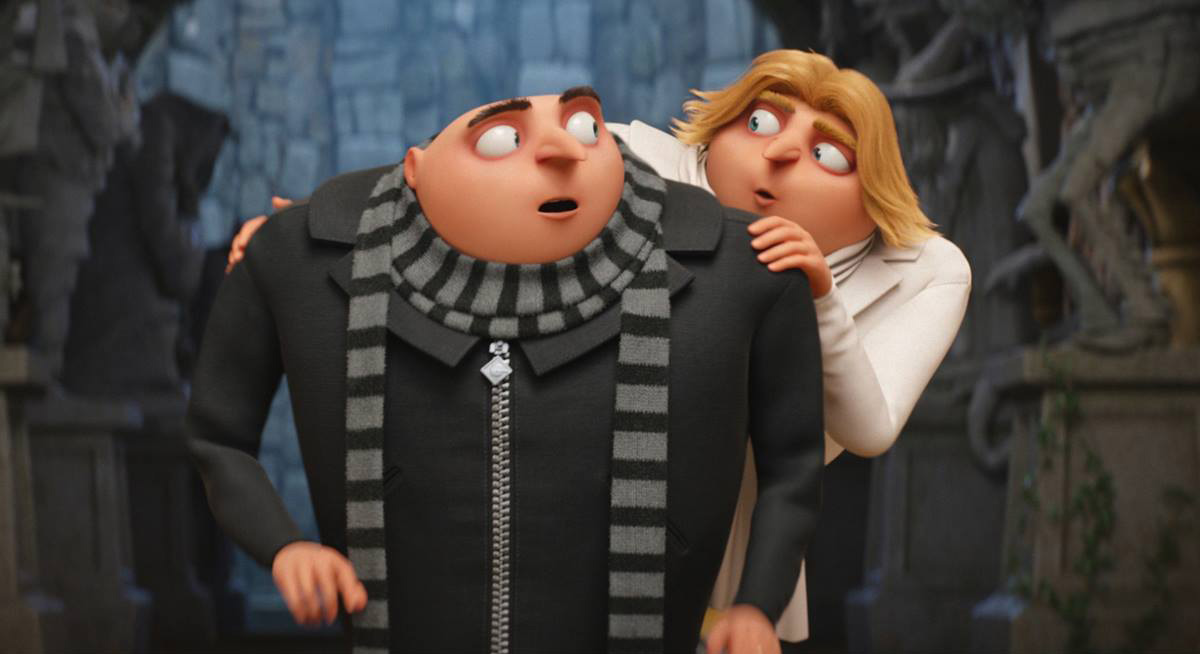 2010’s Despicable Me surprised a lot of people when it introduced the evil, yet lovable, villain Gru (Steve Carell) to the world. It had a heartwarming story as we watched Gru transform from villainy to a loving father to three adorable girls who taught him how to love. Come 2013 when they decided to release a sequel, I was hesitant as I typically am with unwarranted sequels, but enjoyed it nonetheless – albeit not nearly as much as it’s predecessor. I wish I could say the same for Despicable Me 3 (and no, I did not forget the Minions movie, although I keep trying so very hard to).

Gru and family return once again for Despicable Me 3 and take a family vacation together once he learns that he has a twin brother raised by his thought-to-be deceased father. This is the kind of story that immediately had me turned off by its laziness and made it evident to me that this was merely a cash grab for Illumination with little to no substance behind it. Gru and Lucy (Kristen Wigg) are fired from the Anti-Villain League early-on after botching a capture of a notorious 80’s themed villain that is Balthazar Bratt (Trey Parker). While a tad obnoxious, I think Bratt was a fun character in the film and found his sequences and actions actually quite entertaining. I only found a bit of difficulty hearing him as his own character and not Parker himself or one of his voices on South Park.

I think it was quite clear that this film was directed by three different people (Kyle Balda, Pierre Coffin, Eric Guillon), as the scenes seemed to be all over the place. It’s almost like each of them took a different plot line to oversee their story arcs before they slapped them all together into an hour and a half feature length film. Let’s take a quick look at the stories being told:

While that list is kind of concise and vague, the point is the film flips from each plot to the next over and over again and by the 45 minute mark, I only cared slightly about one of them. In the end, a lot of it comes together but it still felt forced and lazy which is disappointing considering how well done the first and second films were.

For the children, I think there’s plenty of entertaining moments in this film. There is a reason why the minions make up a large portion of this movie – kids clearly love them and their silly antics. But honestly, I think you could take out the minions in this film and have much more room to develop the relationship between Gru and Dru and have something much more substantial. But for the adults, there’s unfortunately nothing really memorable here.