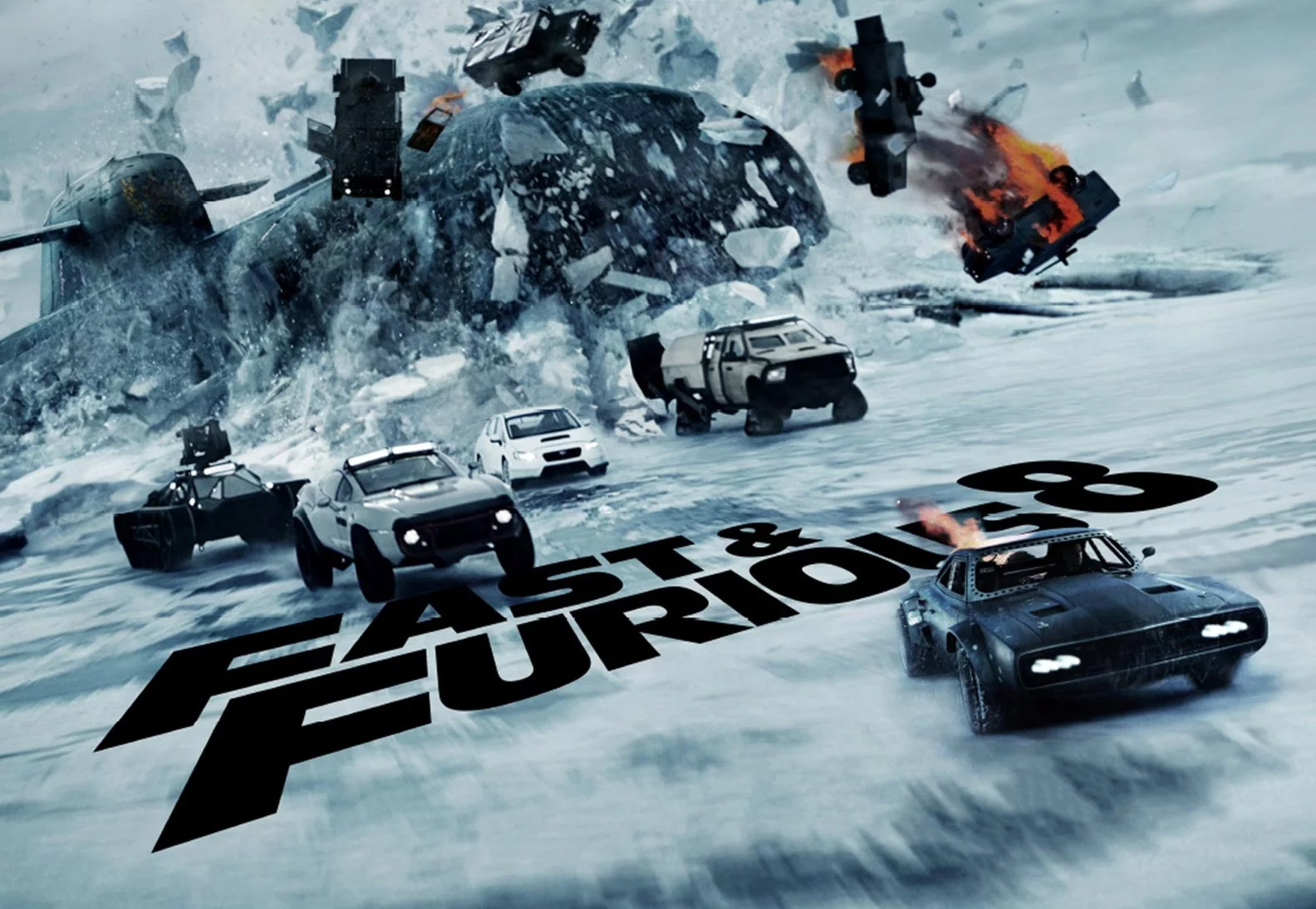 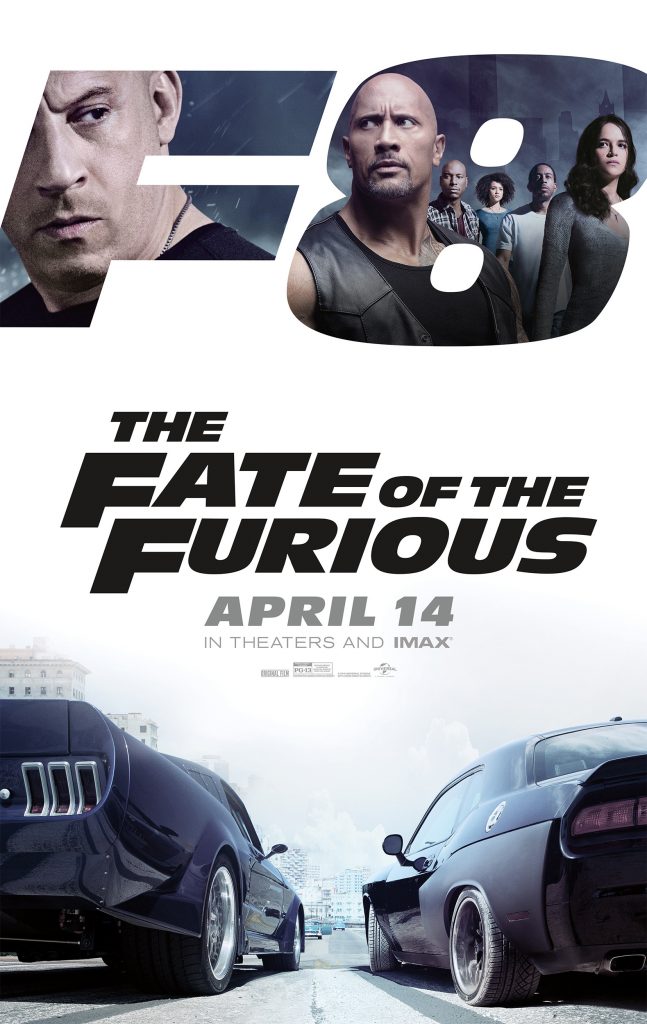 What started as a movie about drag racing, the “Fast and Furious” franchise has morphed into an over-the-top action romp with just enough heart to keep audiences coming out in droves. Make no mistake, “Fate of the Furious,” the eighth installment in the franchise, will not be its last. Two more sequels are expected by 2021.

In this newest tale of outlaw street racers turned American heroes, we find our main character Dom Toretto (Vin Diesel) enjoying life with his new bride Letty (Michelle Rodriguez) in Cuba. The opening scene features the thing that made the franchise famous – a drag race. While Dom claims to live his life a quarter-mile at a time, this race is a bit longer and drawn out. But it’s still just as unbelievable, as say, a never ending drag race on a runway. Nevertheless, the audience is hooked from the start. 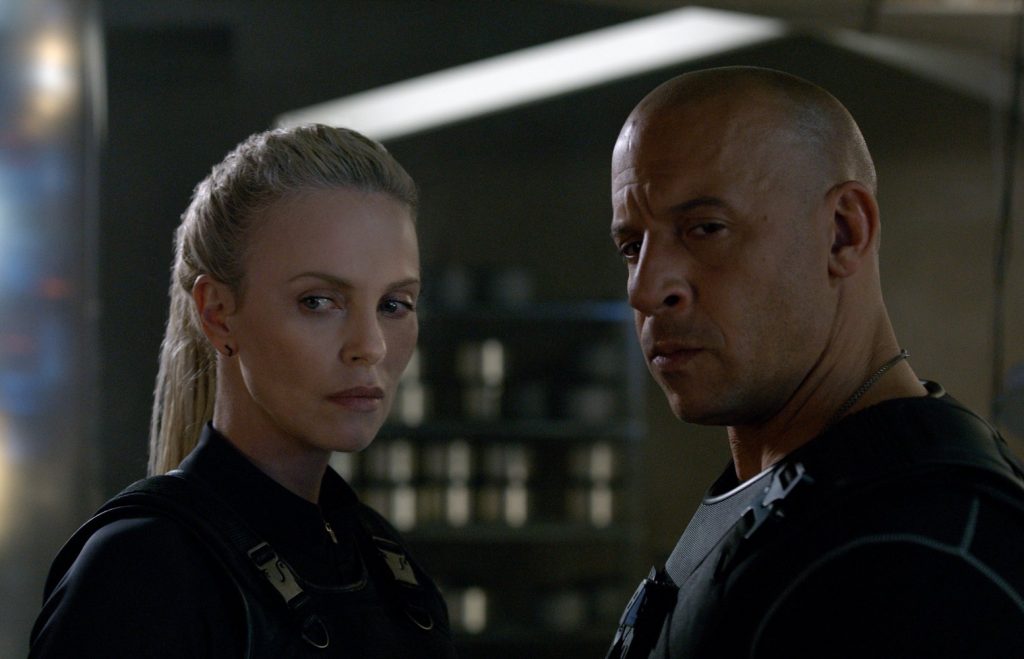 While in Cuba, Dom is approached by supervillain Cypher, played masterfully by Charlize Theron. After she tells Dom he will be working for her, he scoffs at the idea. That is until she shows him something which changes his mind. And just like that, Dom Toretto is a villain. Neither his “family” nor Hobbs (Dwayne “The Rock” Johnson) know why he has gone rogue. But there is something about hearing Johnson tell the gang that Toretto has gone rogue that is ultra-bad ass. Then again, Johnson’s character is the ultimate ass kicker. In fact, “Fate” excels where the last installment fell short. By allowing Johnson and Jason Statham (who plays Deckard Shaw) to banter back and forth throughout the film, the action film gets just the right amount of comic relief.

I won’t go too much farther into the plot -it’s as razor thin as it is unbelievable. You watch Hobbs, Shaw and Letty, along with Dom’s crew played by Tyrese Gibson and Ludacris, chase him all over the world using a tool in the sky called “God’s Eye.” One of the more absurd parts of the film, other than every single action scene, is the fact that the characters move from Cuba to New York to Russia with more ease than someone trying to navigate through the streets of St. Louis. But, like I said, you have to suspend all belief when entering this film. You may even question what Helen Mirren is doing, showing up for cameo in the “Fate.” But the fact remains that credible actors like Mirren, Kurt Russell, and Theron keep showing up in the “Furious” franchise – which can truly attest to its popularity with movie-goers. 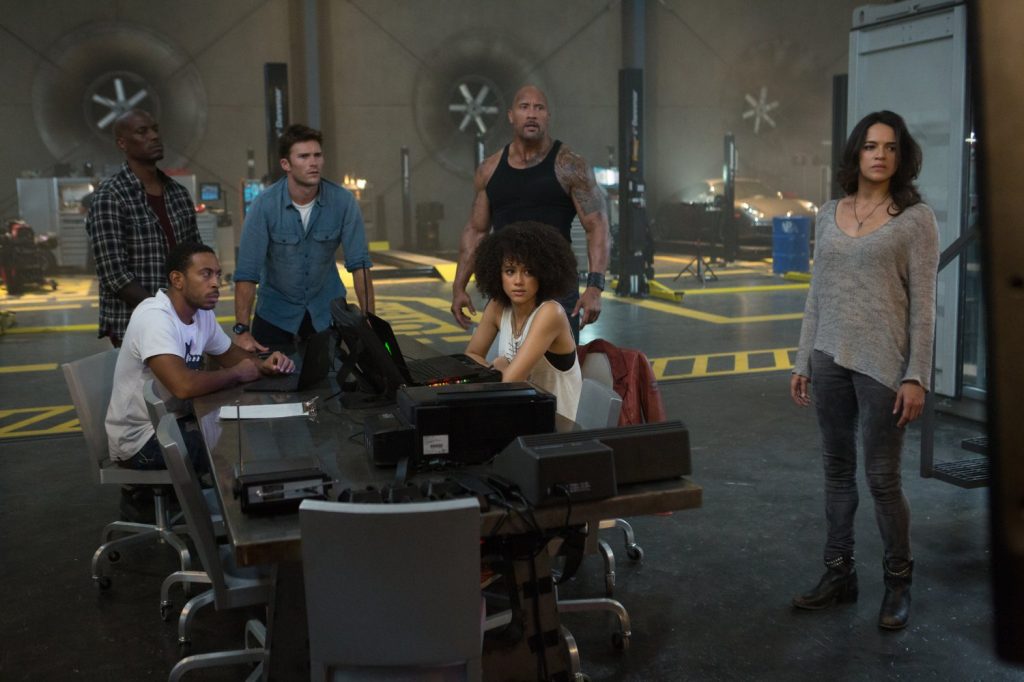 The big question going into the film was how director F. Gary Gray would top the action scenes from past “Furious” films. We’ve seen high-speed chases on airplane runways that seemed to never end, and had cars falling from the sky with parachutes. So how on earth could “Fate” top that?

A gigantic submarine armed with heat-seeking missiles, plowing through a glacier-filled Russian wasteland. That’s how.

Yes, The Fate of the Furious is ridiculous, over-the-top, outlandish, and too long. But it’s also a lot of fun. Sentimental scenes are wasted, as Diesel is laughable trying to exude tears after he learns of a family secret. Then again, you don’t go to see the “Furious” films for the tear jerking scenes. You go see these films to watch Johnson and Statham kick ass, and to watch stuff blow up. Forget that a Lamborghini is racing through the ice with street tires – sure it can happen! Forget that Diesel’s character walks away from a rollover crash that would kill any mere mortal – it could happen! And, don’t question the fact that Johnson’s character tosses loads of human beings around like bales of hay – anything’s possible!

Most franchises are lucky enough to get a sequel, maybe a third film. Yet the “Furious” franchise is one that seems to just keep on going, and like all the cars in the films: doesn’t show any signs of slowing down.

Fate of the Furious gets an A-