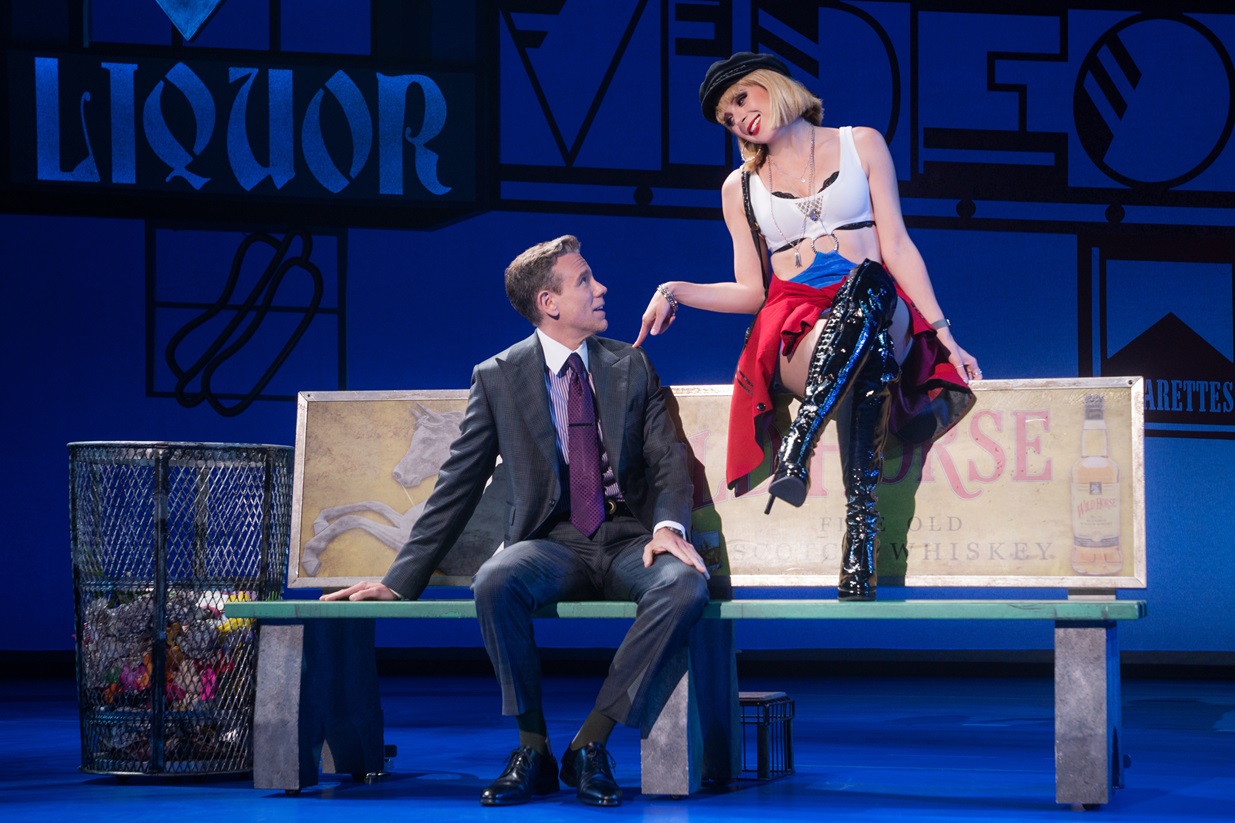 Musical theatre has found its way back to The Fabulous Fox Theatre, kicking off the 2021-2022 U.S. Bank Broadway Series with Pretty Woman: The Musical.

Based on the hit 1990 film directed by Garry Marshall and written by J. F. Lawton, the story follows Vivian (Olivia Valli) – a prostitute working in Hollywood who makes a deal with billionaire Edward Lewis (Adam Pascal) to accompany him for a week during business events while he is in town. The arrangement turns into more than just a transaction, as the two of them find themselves growing in ways they never thought possible.

The show is a high-energy, crowd-pleasing musical about following your dreams, as well as your heart. Fans of the film are sure to love it, as it was developed by both Lawton and Marshall before his death – staying very true to the source material, and featuring all of the moments you know and love. The music, written by Bryan Adams and Jim Vallance, is upbeat and catchy – perfectly setting the mood for several joyous dance numbers.

A character listed as “Happy Man” (Kyle Taylor Parker) opens the show, selling maps to the stars on Hollywood Blvd. – but really is more interested in helping people follow their dreams, in a sort of “fairy godfather” role. Parker, an extremely talented and charismatic actor, plays several roles throughout the evening, quickly changing into new outfits and adjusting his demeanor to match each character. He is an absolutely delightful through-line, especially as the hotel manager where much of the story takes place. His dance sequences are fantastic, with the highlight being a scene where he and the hotel bellboys teach Vivian how to ballroom dance.

Olivia Valli (if the name looks familiar, she is the granddaughter of Frankie Valli) is utterly delightful in the lead role, playing the sweet, kindhearted Vivian. The story is of course a fish-out-of-water tale, but the character isn’t simply a carbon copy of her movie counterpart. Valli’s portrayal reminds me more of Amy Adams in the Disney film Enchanted, adding more humor and playing up the innocence and silliness of Vivian. This makes the role seem familiar, yet fresh – and is very entertaining. Valli is a talented performer and gives off a genuinely friendly and likable aura that makes it impossible not to root for her character.

With his unmistakable voice and endless charm, Adam Pascal (who originated the role of Roger in RENT on Broadway, and played Shakespeare on the national tour of Something Rotten!) is fantastic in the role of Edward. His vocal style fits perfectly with the ’90s styled, Bryan Adams songs written for the character. Pascal’s portrayal of a man who treats everything like a business deal is always believable, and so is the growth the character undergoes.

Valli and Pascal have great chemistry together, and it’s fun watching their dynamic change as the show goes on. The two actors work well off of one another, and the relationship between the characters matches the one audiences know from the beloved film.

The cast also includes Jessica Crouch, who plays Vivian’s carefree roommate Kit with a powerfully beautiful voice. With Matthew Vincent Taylor as Giulio, the animated bellboy who adds many laughs to the show, and the immensely talented Amma Osei who garners thunderous applause with her operatic vocals.

The original songs created for the show fit well with the time period, and also the themes throughout the story. Many of the numbers are big and colorful, about following your dreams and doing what makes you happy – accented by lively choreography from the show’s director Jerry Mitchell. The rock ballads propel the romance forward, with Pascal’s voice as the perfect vehicle. Overall, the show gives off enjoyable, feel-good energy from start to finish.

If you love the movie, there is no doubt you will adore this adaptation. Pretty Woman: The Musical adds catchy songs and fun dance numbers, while also staying true to the heart of the story. With excellent performances from the leads, along with a great supporting cast, this is the perfect way to welcome audiences back to The Fabulous Fox.

See Pretty Woman: The Musical now through November 28 at The Fabulous Fox Theatre in St. Louis. For tickets and more information, visit fabulousfox.com.