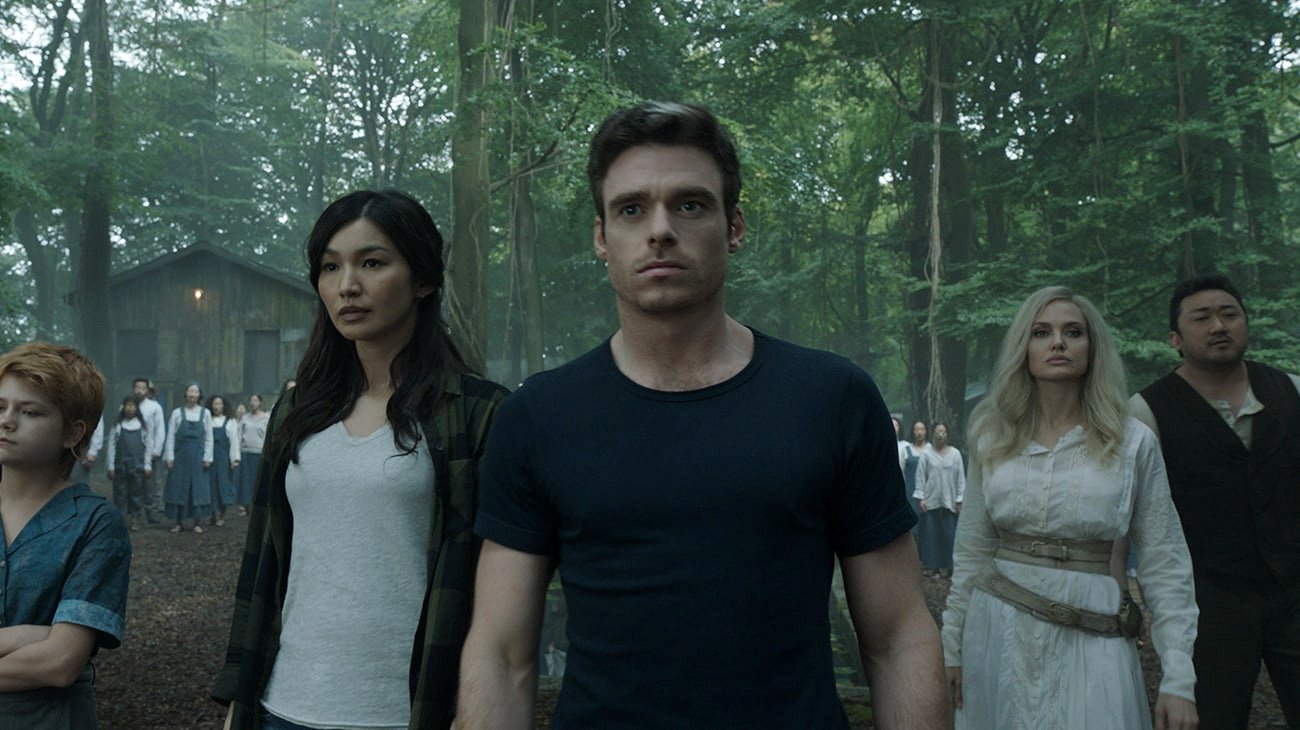 The latest from Marvel Studios introduces ten new lead characters, following their stories over 7,000 years, features multiple cosmic entities, and answers questions fans have had for years. Luckily, the film is in good hands with director Chloé Zhao.

How can a big-budget superhero film go bigger AND smaller at the same time? It’s no simple task, but the answer can be found in Eternals – the 26th entry in the Marvel Cinematic Universe.

The third film of Phase Four seeks to answer not only questions about the franchise, but about humanity and life itself. Tapping director Chloé Zhao (who won the Oscar for Best Director with Nomadland last year) to helm the project is a huge key to its success. The filmmaker focuses on character development and existential questions about the universe, while managing to balance all the big-budget action fans have come to expect from the biggest franchise in history.

Filmgoers and casual comic readers may be unfamiliar with The Eternals, created by prolific comic creator Jack Kirby (co-creator of The Fantastic Four, Hulk, Iron Man, The X-Men, and many others). They are a group of superpowered beings sent to protect Earth by The Celestials – cosmic entities introduced in Guardians of the Galaxy Vol. 2. In Eternals, they are sent to Earth by Arishem (David Kaye) to safeguard its inhabitants from creatures called Deviants. The film’s Eternals are: Sersi (Gemma Chan), Ikaris (Richard Madden), Thena (Angelina Jolie), Ajak (Salma Hayek), Kingo (Kumail Nanjiani), Sprite (Lia McHugh), Phastos (Brian Tyree Henry), Makkari (Lauren Ridloff), Druig (Barry Keoghan), and Gilgamesh (Don Lee).

Eternals feels like a breath of fresh air, unlike anything we have seen before in the MCU. The film is contemplative in pacing, thoughtful in its examination of each character and their motivations, and explores the meaning and existence of humanity on a galactic scale. Meanwhile, it packs all the heavy-hitting, spectacular action that fans would expect from a Marvel movie. The way Zhao manages to blend arthouse and blockbuster cinema is masterful.

Ben Davis’ cinematography takes viewers around the world, across several millennia, highlighting dozens of locations in breathtaking fashion. Cameron Early’s fight choreography is cleanly captured and easy to follow – from hand-to-hand combat to superpowered beings soaring through the air. And when it comes to smaller moments, of which there are many involving each character, they are beautifully captured through an intimate lens.

The film features one of the most diverse casts in history, not only for just superhero films, and is packed with terrific performances. Each actor brings their A-game to the table, and it’s impressive how many big names Marvel was able to enlist for their most ambitious origin film yet. While all of the leads do a great job, Gemma Chan truly shines as the protagonist the film focuses on the most. She’s proven herself in film and television over the past decade, but the role of Sersi definitely cements her star power.

It’s difficult to get into the movie without giving too much away, so I will say it is best to see it for yourself and judge where it lands in the MCU. The film has certainly been divisive amongst critics so far, with many saying it feels too strange, or that it feels too much like a Marvel film to be as different as it yearns to be. But I say the uniqueness and thoughtful storytelling is its biggest strength, and that there is plenty to appease both hardcore fans of the franchise as well as those feeling burnt out by the inundation of comic book movies.

Eternals is exactly how we can continue to get Marvel movies without the formula feeling stale, while still scratching the itch audiences have for big, bombastic, superpowered action. The film introduces an impressive amount of new heroes, answers questions about their existence in relation to established characters and events, and still manages to craft a compelling story and character study. And while it feels different than anything else we’ve seen before, it is familiar enough to fit firmly into the well-established franchise.