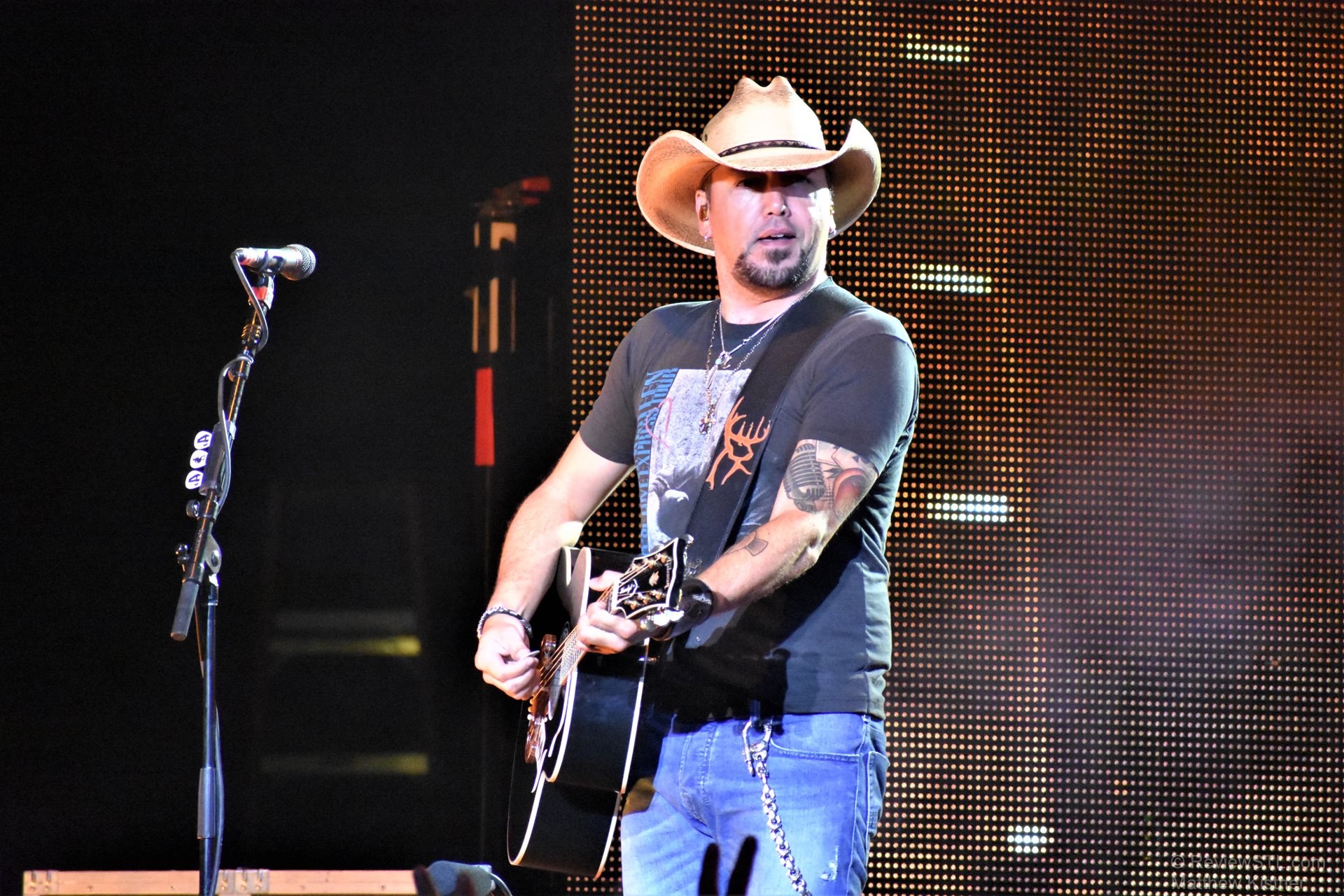 One of the biggest shows of the summer was the “Ride All Night” Tour featuring Jason Aldean and Kane Brown, this previous Saturday at Hollywood Casino Amphitheatre. The weather was perfect for an outdoor sold-out show, and lines wrapped around the venue with fans anticipating their entry to one of the best Country shows coming through town this summer.

Nashville-native Carly Pearce opened the show with an upbeat set. She may be tiny, but the singer has a powerful voice, belting out lyrics to some of her hits from her first studio album released in 2017 such as “Every Little Thing” and “Hide the Wine.” She also performed one of her latest singles, “Closer to You.” After a thirty-minute set, Pearce left the audience with applause as a DJ took the time during the set change to do some genre-bending mashups of some of country’s smash songs with contemporary hip-hop and top 40.

It wasn’t long before the house lights went down, the crowd started screaming and the only and only Kane Brown made an explosive entrance, ascending from the bottom of the stage accompanied by a video montage, light show, and a bass-heavy musical backing. Brown opened up his set with an incredible performance of “Baby Come Back to Me,” followed by crowd-favorite “What Ifs.” The energy remained at a high level throughout the entire performance, with fans lucky enough to snag Kane’s autograph from the pit in between musical numbers. Audience members lit up their phones during a tribute to US troops, which featured a video of a deployed soldier with an inspiring message for his family who was present at the show. Covering all of his own hit songs over the past several years, fans were pleased when they got to hear “Heaven,” “One Thing Right (featuring Marshmello,)” and finally, “Lose It” to round out a successful and well-performed set.

Jason Aldean, the headliner of the tour, kept the high energy alive. To say his performance was ‘bright,’ would be a vast understatement. The musician utilized the effects of light and smoke to enhance his performance, turning the stage into a visual spectacle. The singer, known for adding a rock’n’roll vibe to his country performances kicked things off with “Take a Little Ride,” “Tattoos on This Town,” and “Fly Over States.” Many fans were excited to see that “Big Green Tractor” was worked into the set, as it was also the venues featured drink for the evening.  It seemed the songs kept coming, as Aldean cheers a shot of tequila to the crowd and then promised to “keep the party going.”

With this, upbeat jams “My Kinda Party” and “Hicktown” had everyone up and on their feet (even though most fans had been standing and jumping the majority of the show.) The elevation of the music only got more intense during the last few songs, and Aldean explained his disbelief in encore performances because it’s less time the artist gets to spend with his audience. In his words, “When the show is over, it’s over. So, let’s do this thing.” Aldean packed in four more songs to finish out the night, including the popular “Dirt Road Anthem” cover and “She’s Country.” Finishing off his set was “The Only Way I Know,” which left everyone smiling, satisfied and earning Aldean quite the applause. The weather was perfect and the concert was a night I’m sure many won’t forget, as all three performers were absolutely phenomenal and laid it all out on the stage. Check out our photos of the show!