It’s been a while since I’ve felt this uncomfortable leaving a movie. Make no mistake about it, Get Out (the directorial debut of comedian Jordan Peele) sets a new standard for modern horror films. While there are some funny moments, the laughs are scarce; this is a film that will be sure to leave audiences shocked and speechless

Alison Williams plays Rose, who is white. Her boyfriend, Chris – played masterfully by Daniel Kaluuya – is black. Alison decides it’s time to take her boyfriend home to meet her family, which is very white and also very rich. Bradley Whitford plays her neurosurgeon father, who jokes that he would have voted for Obama for a third term (it makes sense at the end of the film). 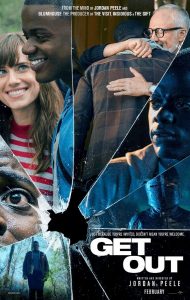 Her mother is a psychiatrist with a knack for hypnosis, played by Catherine Keener. While at the parents’ house, Chris meets several family members who can’t stop talking about Tiger Woods and Jesse Owens. This part of the film is very reminiscent of Stepford Wives. The family also has a pair of servants names Georgina and Walter, who happen to be black and always in a deep hypnosis. Every black character Chris meets at the family function seem quite strange.

The racial dynamics of the film can’t be denied. In fact they are flat out shocking at times, and had me squirming uncomfortably at times. Lil Rey Howery is the only comic relief in the film, which is quite welcome where it can be found. He plays Chris’ smart-talking friend, who advises him to get out. If only Chris had listened.

Peele is masterful behind the camera, blending the horror and dark comedy. He’s at his best, questioning the black man’s place in this post-electoral world. Like most people in an uncomfortable situation, Chris thinks he will be okay if he keeps his head down and keeps quiet. He refuses to confront the blatant racism being thrown his way, even though he can’t escape it. There is an obvious yet never over-stayed social message at play throughout the film.

While Get Out is an uncomfortable movie to watch, it is also a great piece of filmmaking. With a hard-hitting racial undertone, the film will hopefully leave the audience thinking about race relations that have never been more relevant during these troubling times.

Get Out gets an A. 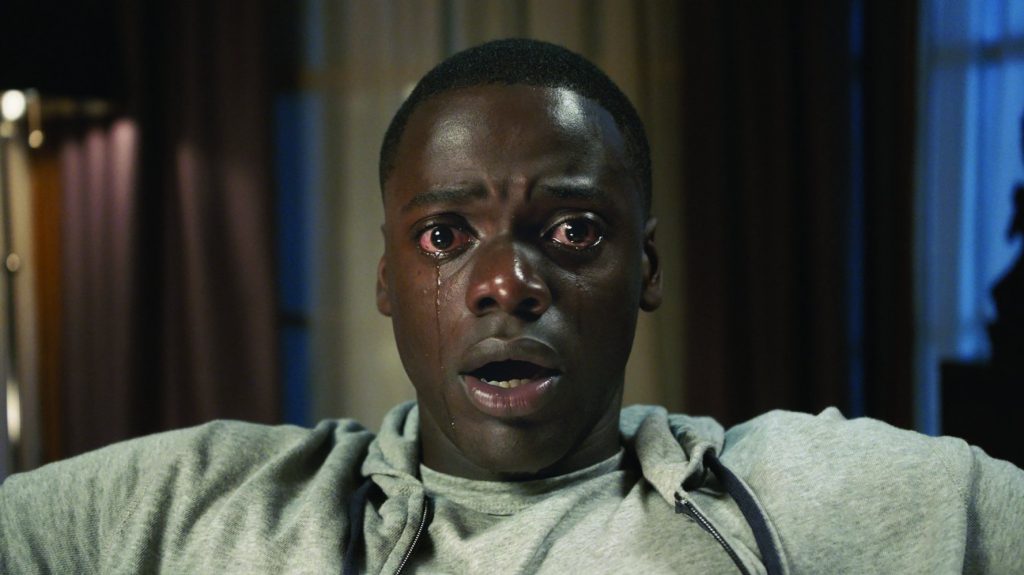