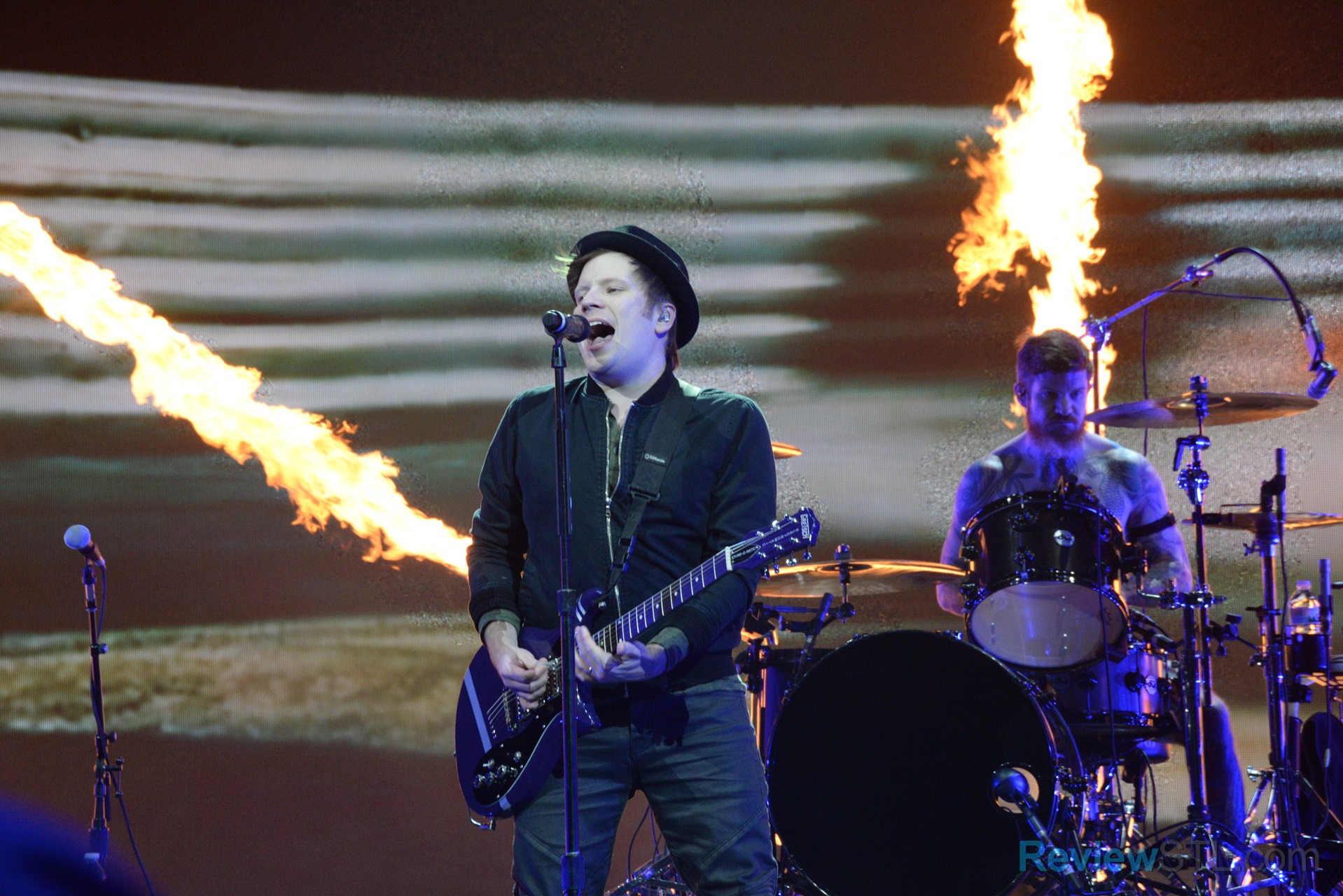 On Saturday, October 21, 2017, Fall Out Boy heated up the Scottrade Center with a fiery performance on their second stop of the “MANIA” tour.

The Scottrade Center is a massive arena, but the Fall Out Boy fandom managed to create their own sense of “mania,” with thousands buzzing around buying merchandise in anticipation of the show. The attendees were shockingly a diverse multi generational force, ranging from children to older adults, many sporting colorful dyed hair and FOB tee shirts. The show kicked off with a brief opener from rapper Jaden Smith, backed by a screen playing music videos for “The Passion”, “Watch Me”, and “Batman.”. At times, he was almost mirroring the movements of the videos with moon walking and head bangs. His song “Watch Me” defiantly ties into some classic rock themes with heavy guitar instrumentals, leather jacket, and an Elvis Presley name drop. The second act was from hip hop artist and producer Blackbear. He performed with a band, including saxophone and even the old school keytar, which seemed a divergent move in comparison to the production of his newest album “Digital Druglord”. Bending into the Trap House Jazz genre, the band really stole the show, even though BlackBear was impressive with vocal sets of hits like “Chateau”, “Idfc”, and “Do ReMi.”

The entire arena got on their feet as the jumbotron flashed a countdown to the “MANIA” that surged as Fall Out Boy entered the stage with a powerful progression of “The Phoenix”. The stage was lit up by criss crossing pyrotechnical effects which coordinated to the fiery hooks. Wentz referenced the Ryan Gosling movie “Drive” and informed the crowd that the band has them captured for the next hour and a half. The screen projected correlating visuals like “Big Hero 6” to the soundtrack of “Immortals”, transitioned from euphoric landscapes, and then tidal waved into political views. “American Beauty/American Psycho” was featured with morphing doodles of broken hearts, computers, televisions, all reflecting on our current manias. It transitioned into “Centuries” which paned scenes of Colin Kaepernick taking a stand by kneeling during our national anthem. “Champions” was paired with a skit honoring Princess Diana, while “I Don’t Care” rocked the middle finger with glimpses of Donald Trump. Ironically when the band attempted a phenomenal transition onto an elevated floating stage during “Dance, Dance”, which features lyrics like “We’re falling apart”, they literally fell apart when audio issues occurred and had to run back to the main stage to perform. Fall Out Boy had an ambitious track setlist and kept the performance rocking and rolling the entire show, aside from an intimate solo piano bit by Stump of “Young and Menace”. The closer track choice was the fan favorite “Uma Thurman” and instead of the crowd dancing like Uma Thurman, they more so rocked out like Monster from the Muppets. Wentz closed out by thanking the fans for their patience in the delay of their new album until January, with the band only wanting to deliver memorable and not mediocre material.

Although the Scottrade Center was not a sold out arena for Fall Out Boy, there were thousands of devotes that made it feel exponentially full at radical moments of chanting hooks and waving cell phone lights in synchronization. The intermissions between acts did seem like a long haul at times, but a music video lineup from Lorde, Travis Scott, Kanye, and Lil Yachty kept the crowd entertained. Wentz has referenced his admiration for these artists authenticity in interviews, so I’ll assume this was curated with purpose. A pair of costumed cartoonish Llamas shot tee shirts into the crowd. Before exiting the stage Wentz ripped off his jean jacket to reveal a St. Louis Blues Jersey with his name on the back. I think at first glance this tour could be confusing in cohesion, but if you dive into the depths of defining “MANIA”, Fall Out Boy wanted to showcase a glimpse of the world we live in, including the waves of our manic behaviors, and violence.

This tour is by far intertwining some powerful messages along with satisfying the fandom. After experiencing the “MANIA” tour, I am positive the new album will be worth the wait.

All photos by Brendon Klohr. 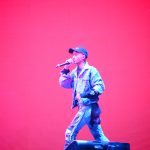 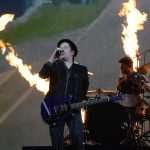 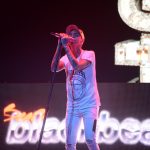 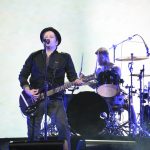 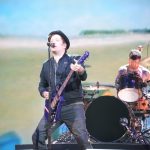 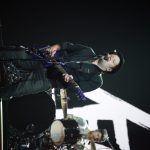 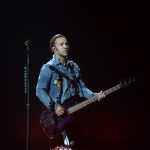 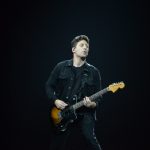 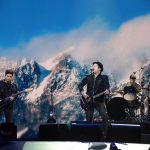 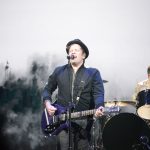