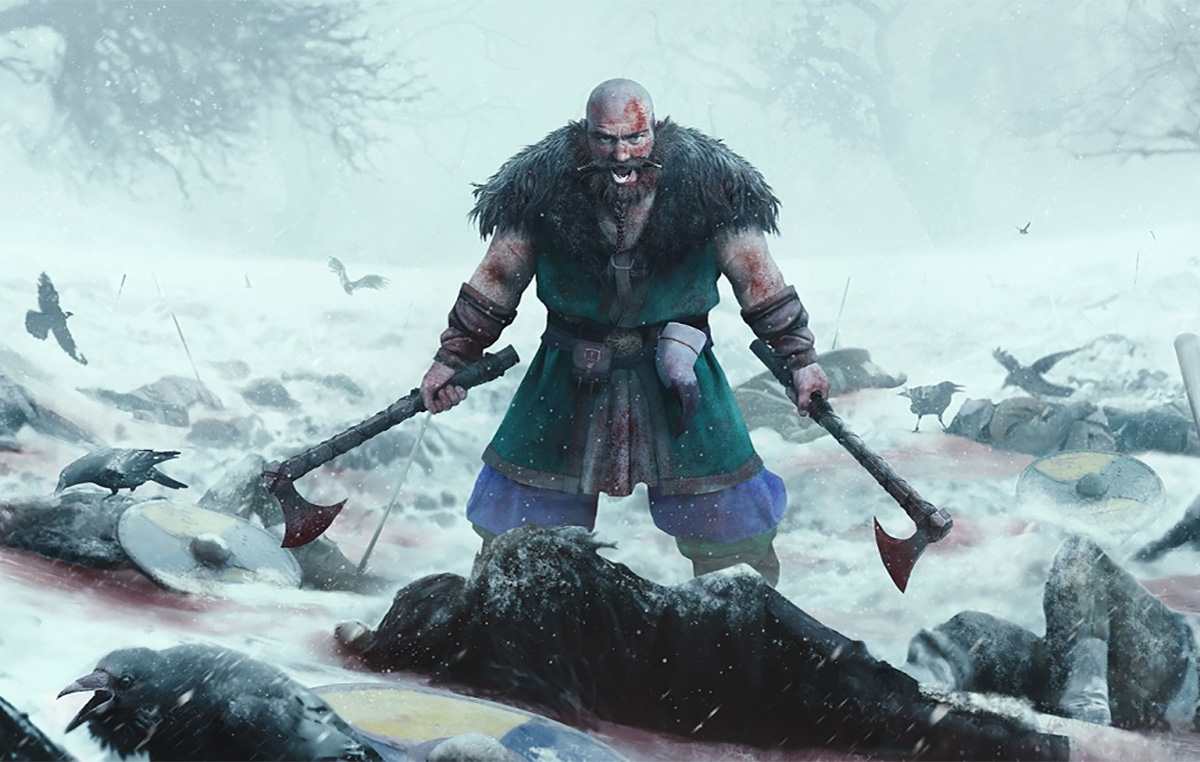 How will history remember you?

It is February, in the year 789. You are the son of a recently deceased Viking thegn, joined by the rest of your clan at his funeral. Thegns from neighboring clans are also in attendance, but you are weary of their intentions. Though some are there to pay there respects, others have more sinister plans in mind. After being confronted by one of your objectors, you soon realize that your rule isn’t even unanimously supported by everyone in your clan. You must choose how to handle these decisions, and shape your story through this new viking party-based RPG from the developers of Expeditions: Conquistador. 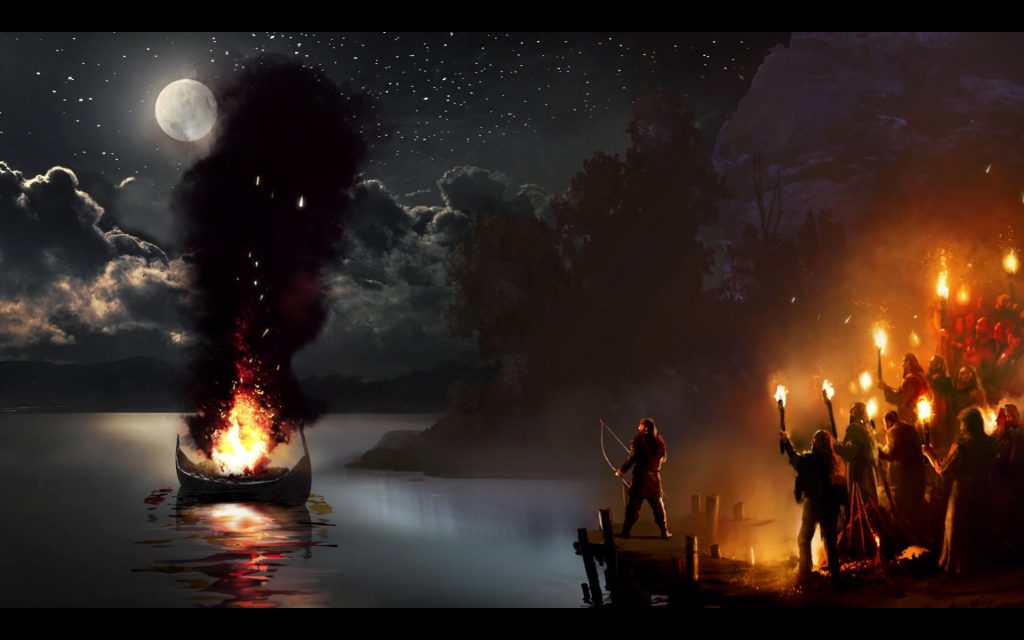 The timing for this game couldn’t be better, with the current fascination in pop culture. History’s popular show Vikings, which finished its fourth season earlier this year, has been praised by critics and fans alike (all four seasons are sitting at an average of 91% on Rotten Tomatoes) and was recently renewed for twenty more episodes. And although it takes place before Vikings would have existed, Game of Thrones shares many similarities and is the hottest property out there. But the only thing better than watching Vikings is, of course, being Vikings.

The game starts off with a character creation screen. You can choose either a male or female Viking, with options that are pretty standard fare: name and father’s name (auto generated, but can be changed), complexion, eye color, and hair color. Then over at the body creation menu we have: size, beard options (for the men, length and type), hair, and clothing options (torso, arms, and legs).

Where things start to get real interesting with your character is during the “Stats & Skills” screen. You start off with a pretty evenly distributed number of stat points for: Strength, Endurance, Finesse, Perception, and Sense. Then you are given fifty skill points, and a wide array of options for distribution. There are five main skill trees: Weapon (how good you are with different types), Offensive (extra non-specific weapon combat abilities), Support (tactical advantages to help allies and hurt enemies), Utility (keeping your party happy), and Passive (permanent boosts and situation-specific assistance). 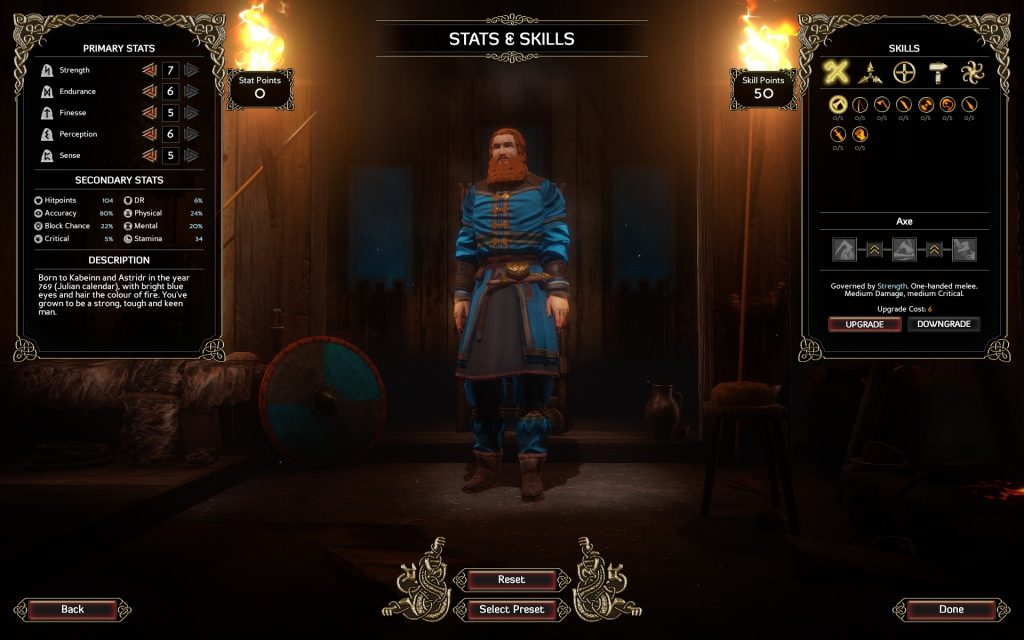 After a brief cut-scene about your father’s death, you find yourself at the funeral – surrounded by your clan and neighbors. The camera is an overhead view, overlooking the entirety of the lodge. Zooming in and out is as easy as scrolling the mouse. You can rotate the camera by holding the right mouse-button, and moving side-to-side. To move your character, simply point and click where you want to go. Hovering your cursor over other characters will cause their name to appear, and show if there are any interaction opportunities. The same goes for signs and objects. 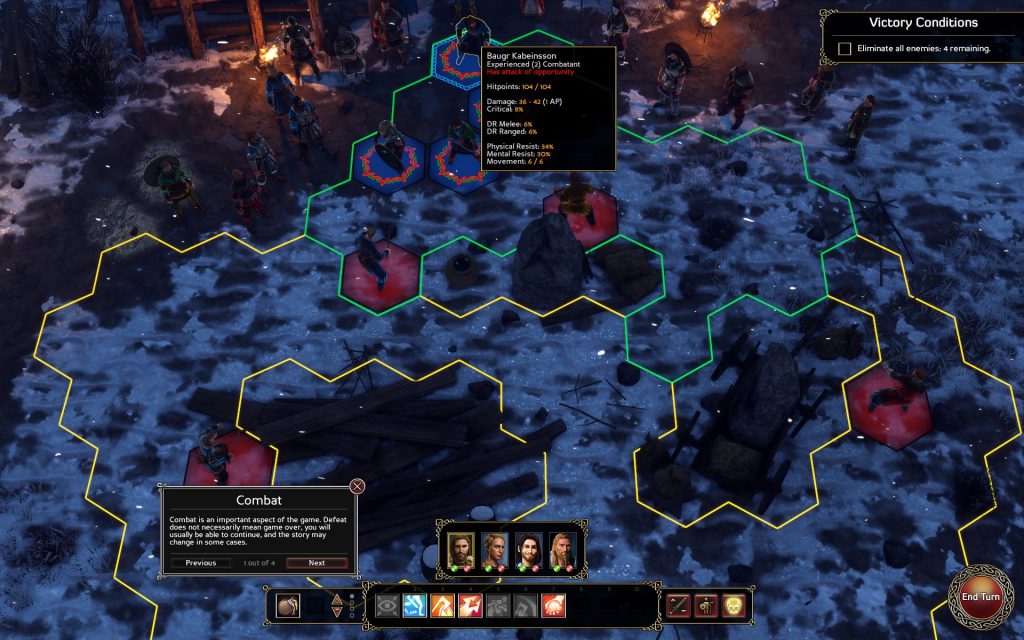 The battle system is turn-based, where the player gets to plan the attacks and moves for everyone in their party before the turn is over. Then your enemy runs through their turn, it’s back to you. An interesting part of this system is that defeat in battle does not necessarily mean the game ends. If you do lose, you will often be able to continue – and the story might actually change for the rest of the play-through. It’s features like this that help make the game feel like you are really in control of the outcome, similar to a “choose your own adventure” novel.

The game is gorgeous looking, from the character and object designs to the interior and exterior surroundings. Logic Artists makes good on their name, as there is no doubt that they took the extra time and care necessary to perfect the graphics. The high resolution textures look great, making things like wood, stone, mud, and grass all feel realistic. The lighting, shadows, fire, and other elemental effects are beautiful. Throughout the game I found myself often zooming closely just to take in all of the detail. 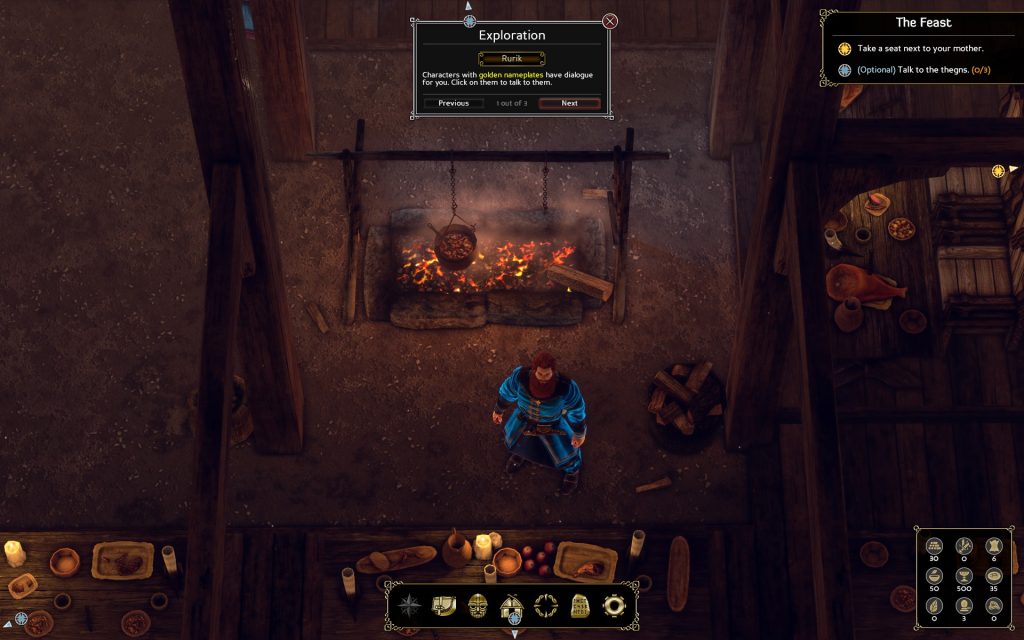 As a fan of shows like the ones I mentioned earlier, I’m really enjoying the story. Rising to power and making alliances to rule your clan is addictive, and I’m a sucker for RPGs already. I love the focus on decision-making that will impact your character’s journey, which is much more fun than the more common linear stories. Plus there aren’t many great games on the market right now focusing on Nordic history, so finding this one is a refreshing change of pace from the more common World War or Roman offerings. The game is easy to pick up, and the mechanics are very intuitive. It looks great, is fun to play, and has a story that is getting better and better as it unfolds. I’m looking forward to diving deeper into the game, and becoming the biggest and baddest Viking thegn that history will remember.