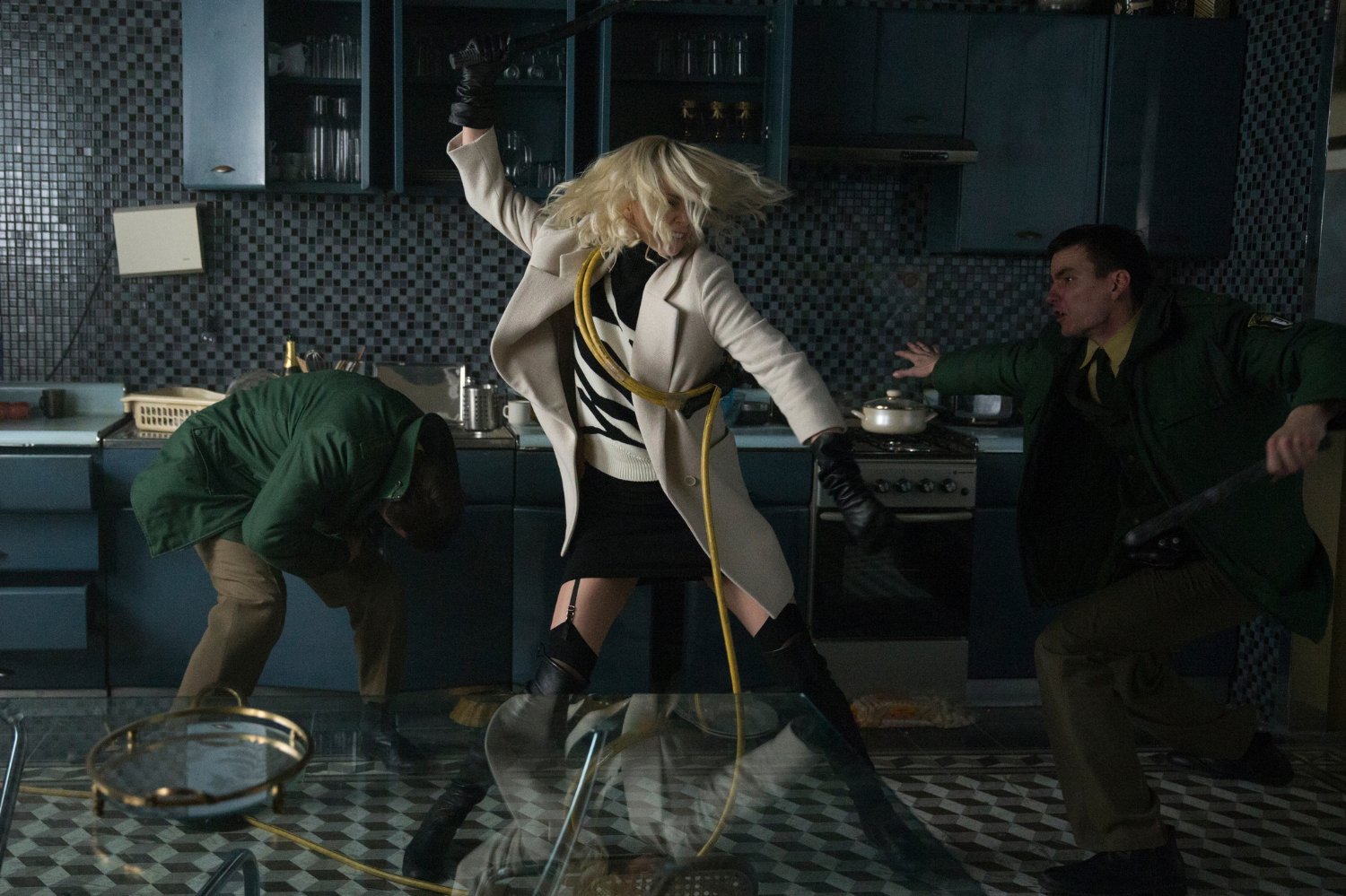 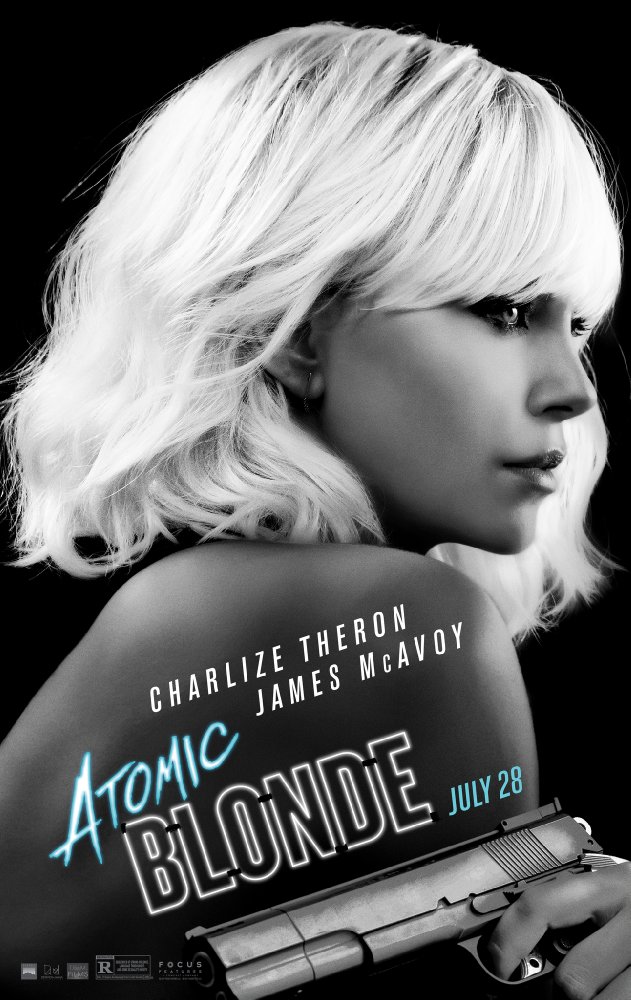 I’m not exactly sure why, but for whatever reason the 1980s are enjoying a strong renaissance. Wherever you look, the influence of the neon decade has hovered over media, be it in TV shows (“Stranger Things,” the “Lethal Weapon” series), movie reboots (Ghostbusters, Blade Runner), hell, even some video games (Far Cry: Blood Dragon) have paid homage to the decade in recent years.

And I’m perfectly okay with it.

And now comes Atomic Blonde, which could very well be the start of a new spy franchise featuring the ever-versatile Charlize Theron. Set against the twilight of the Cold War in Berlin, it’s an amalgam of the Bourne series and classic espionage films. While there are a few missteps, it’s certainly heading in the right direction.

Presented as a flashback, Lorraine Broughton (Theron) is being debriefed by her MI6 superior, Eric Gray (Toby Jones) and his CIA counterpart, Emmett Kurzfeld (John Goodman), as she’s explaining the aftermath of her mission in Berlin. The debriefing serves as a plot driver throughout the film, giving brief pauses for the audience to not only digest what they’re watching, but give them time to speculate about upcoming scenes. It’s not original, but it’s effective.

The mission itself is standard espionage stock: try and take down a Soviet counter-espionage ring that’s attempting to hunt down MI6/Western agents. To accomplish this mission, she’s met in Berlin by David Percival (James McAvoy), the local station chief whose tactics are best described as crude but effective. I’d be in remiss if I didn’t give McAvoy, in fact, the whole supporting cast, a shout out. McAvoy nails it as the uneasy yet somehow charismatic station chief. Sofia Boutella, whom I’ve mostly seen in action roles (Kingsman, Star Trek Beyond, The Mummy), does a fantastic job portraying an uneasy French agent on her first assignment. I hadn’t really seen Sofia in any roles that gave her much depth, but from her limited screen time, she plays the role of rookie well, to the point that I felt as uneasy for her as her character was at times.

The main star of the film (besides Theron), however, are the fights. In his solo directorial debut, David Leitch (co-director of John Wick) sticks to his strengths, and the end result is a collection of action sequences that made me pull a muscle just watching. The absolute highlight of the film is an eight-minute fight scene towards the end of the movie. The fight plays out as an eight-minute single cut (there are some hidden cuts, but they’re executed very well) as Broughton works her way down a stairwell. If you’ve ever seen The Raid, just imagine that in reverse. It’s a seminal action sequence, and Charlize and crew absolutely nailed it.

As for Charlize herself, I have to give her credit. It’s obvious she trained incredibly hard for the role and the action sequences, and she follows through beautifully. I think her biggest strength, ironically, is that she cannot rely on brute force in fights, as she encounters bigger and faster foes. Instead, she relies on quick thinking, improvised weapons, and technique to outlast her opponents, and by the end, it’s hard not to view Theron with a new level of respect. We already knew she’s a fantastic actor, but between Blonde and Mad Max: Fury Road, she’s added her name to the list of renown actors that have reinvented themselves as action stars in the latter stages of their career.

That being said, it’s not a perfect film. At times, it seems to struggle with how it wants to be portrayed. The film starts with a humorous title sequence, but the overall tone of the film is relatively serious. There are moments of levity, but they’re infrequent. I wasn’t totally happy with the overall storyline, as I felt by the end the film was trying to outwit itself with plot twists. They don’t ruin the film by any means, and it isn’t a Primer level of complicated or anything, but the story arc, coupled with mediocre-at-times dialogue, felt like it could have used a little polishing. I think my biggest personal complaint was not seeing enough Til Schweiger. He gets pretty high billing in the credits, but he’s only on screen for a few minutes. I’m a little disappointed I didn’t get to see more of the guy who shot a Nazi officer in the jumbly bits in Inglorious Basterds, but I suppose I’ll live.

It’s unlikely to win any major awards, but I don’t think that’s what it set out to do. Instead, what we’re given is a solid action movie with some incredible sequences, a little bit of nudity, and a hell of a lot of new wave 80s music. Theron does a fantastic job as an action lead, and if this is in fact the beginning of a new franchise, I look forward to the next chapter.

Atomic Blonde gets a B. 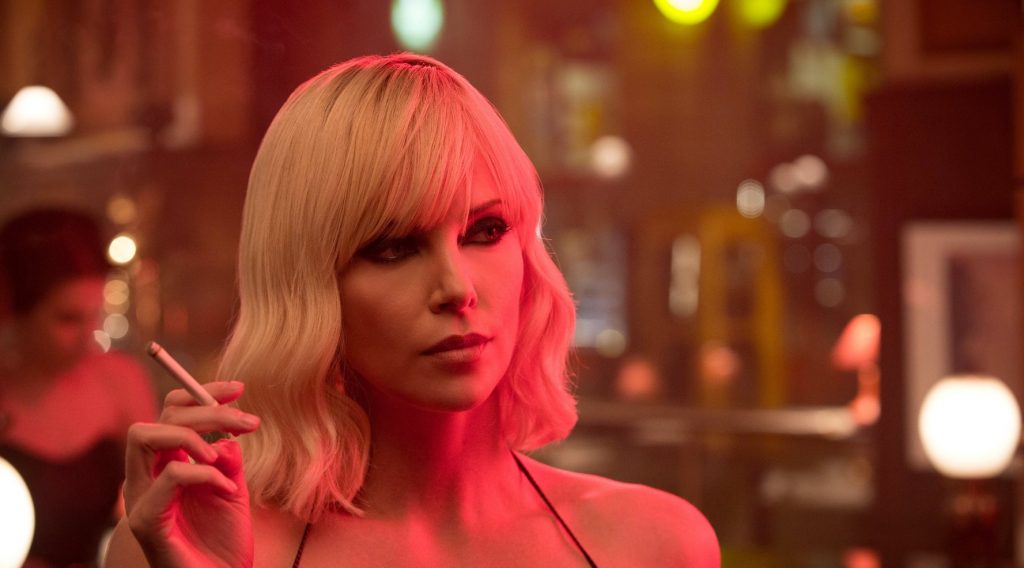