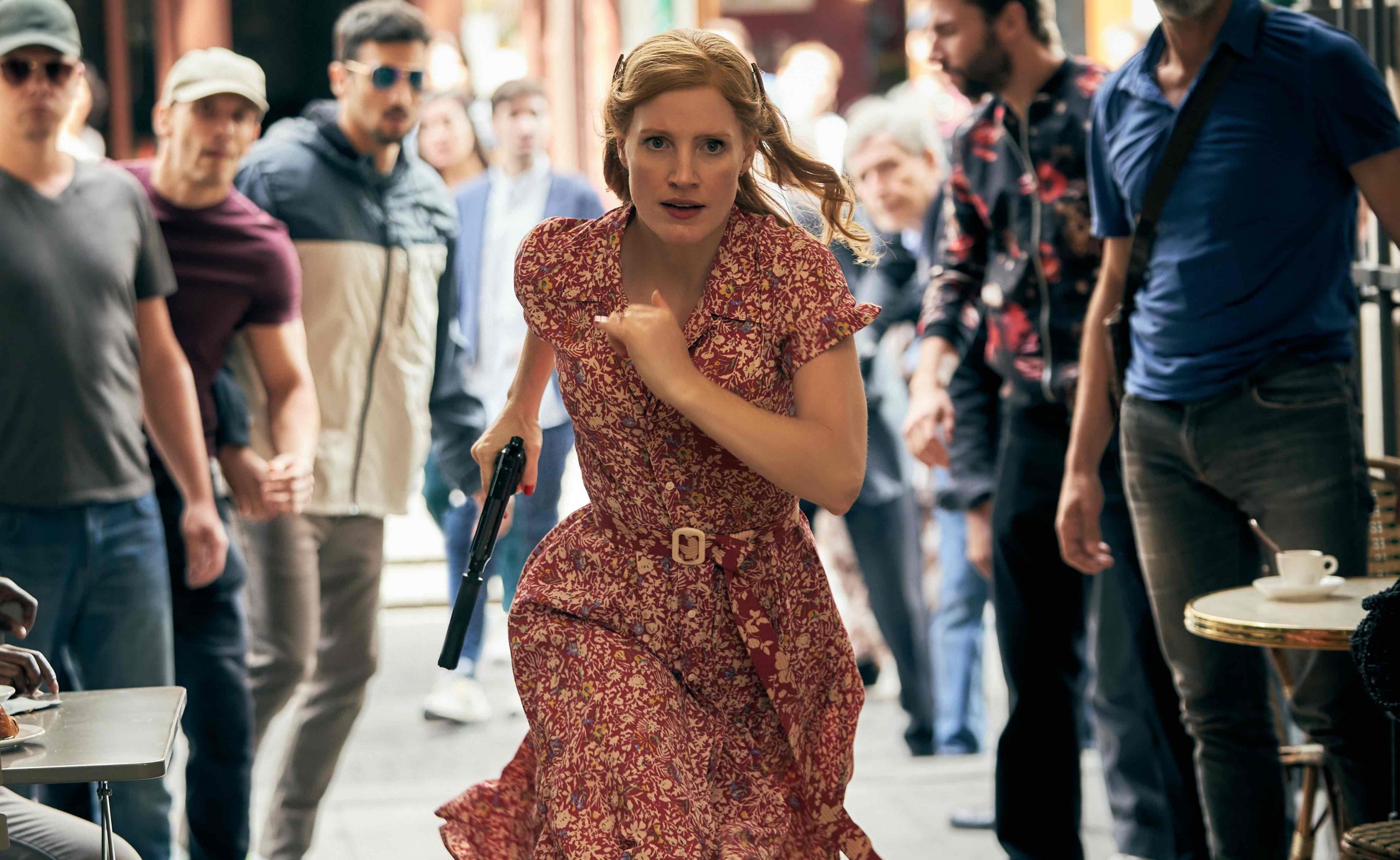 Writer-director Simon Kinberg follows up his feature directorial debut (X-Men: Dark Phoenix) with a star-studded, yet sloppily-executed spy/thriller that never quite delivers on its potential.

CIA agents “Mace” Brown (Jessica Chastain) and Nick Fowler (Sebastian Stan) are working to track down a weapon that can control any type of technology – a dangerous McGuffin in the wrong hands. When an attempted recovery goes bad, Mace is forced to team up with a german agent (Diane Kruger), former MI6 operative and friend, Khadijah (Lupita Nyong’o), and a psycologist (Penélope Cruz) who gets caught up in the mess. Unbeknownst to them, while they are tracking the bad guys, they are also being tracked by a mysterious woman named Lin Mi Sheng (Bingbing Fan).

For anyone who has ever seen a spy movie, the twists and turns in this one are telegraphed from a mile away. The film is so paint-by-numbers that any “surprise” reveal lands with note much more than a shoulder-shrug.

If the lackluster script was only a means to deliver non-stop, kick-ass action, the film might have been salvagble. Unfortunately, most of what we see here is quick cuts and boring fight choreography. Furthermore, most of the actors look awkward holding and firing weapons throughout the film. I’m no expert, but it just doesn’t look believable in the slightest. These are great actors, and with the proper training and rehearsal there is no reason why they couldn’t have pulled it off.

Chastain is one of my favorite actors, and she had a great year in 2021 with The Eyes of Tammy Faye and Scenes from a Marriage. It’s a shame that she had so little to work with here, and never seems to find her footing as the expert CIA agent. Sebastian Stan is wasted here too, which is a shame. The same can be said for the rest of the cast, who do the best with what they have to work with – and at the same time, get credit for delivering such laughable dialogue with a straight face at times.

Penélope Cruz gives the best performance of the film, as a psycologist who isn’t even supposed to be there that day. She gets caught up in a mess, and has no choice but to continue working with these secret agents to keep her family safe (I’m sure that will all work out just fine). Her character, Graciela, is the only one I ever truly connected with and felt anything for. She does a great job showing just how difficult those decisions would be, and the toll it is taking on her mentally.

The 355 is shoddily crafted, and it is really a shame because of how fun it could have been. The cast is fantastic, and the idea of an all-female group of agents working together to save the world sounds great. Unfortunately, the stakes never feel real, and the action is never entertaining enough to really keep you invested. Kinberg is 0 for 2 after delivering the worst entry in the X-Men franchise, which was also a complete mess, and I’m starting to pick up on the common link.

We don’t find out what “The 355” means until the end of the film, but when we do – it sounds like a much more interesting story than what we got here.