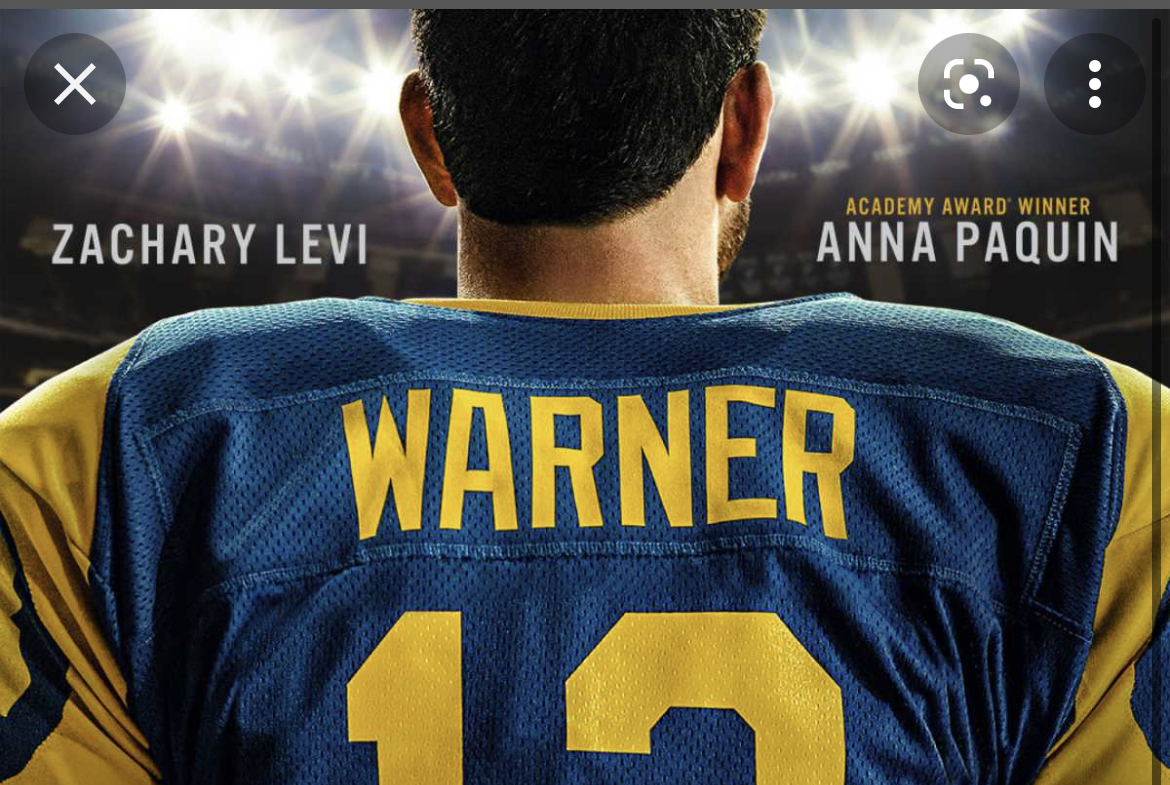 I can vividly remember sitting at the TWA Dome for the first preseason game of the 1999 St. Louis Rams season. So much hype around a team that had been lousy for so long. We had Marshall Faulk, Isaac Bruce, Torry Holt, Orlando Pace to go along with a cast of solid players. All were being led by quarterback Trent Green. Green had just come from Washington along with offensive coordinator Mike Martz. Hopes were high until a cheap shot from Chargers player Rodney Harrison ended Green’s season. Just when it looked like the season was ruined before it started, a backup named Kurt Warner saved the day. The rest is history, as the Rams went on to win the Super Bowl. It was called one of the greatest worst to first sports stories ever.

By now, we all know Warner’s story. ‘American Underdog’ does a fine job refreshing out memory of Warner’s rags to riches story. While the movie is about Warner overcoming the incredible odds to lead a team no one thought could win to the promise land, the film is ultimately a love story. It’s a love story of a man who loved football and ultimately realized there was much more to life than the game. Warner found Brenda, a divorced former marine with two kids. While most men would tuck their tails and run, Kurt embraced Brenda and her children. ‘American Underdog’ is much more than a football movie. It’s a story about two souls who find each other and overcome every obstacle together. Make no doubt about it, Brenda and Kurt both were underdogs and overcame huge hurdles to become American success stories. Kurt, a NFL Hall of Famer, NFL MVP and Super Bowl MVP, and Brenda, a strong mother of seven and successful author.

The film, starring Zachary Levi and Anna Paquin is out on Christmas.

I must admit that I was not sold on Levi playing Warner at first, but he really looks like Kurt’s doppelgänger. Not only does Levi’s size match Kurt’s, he also looked like a professional quarterback. Perhaps where Levi excelled most was showing off Warner’s loveable and fighting spirit that the nation has grown to love over the years. Paquin also does a fine job of showing the audience Brenda’s fighting spirit.

When I had a chance to sit down with the pair back in November, the Warner’s spoke of how Levi and Paquin reached out to both of them before filming the movie. Levi actually went to their home and spent a couple days with Kurt, while Anna spoke to Brenda often through FaceTime.

The film is very well done, really focusing on getting the sports side right while telling a beautiful love story. While films like ‘Rudy’ serve as inspirational films for athletic achievement, ‘Underdog’ is much more. Yes, it celebrates Kurt’s success with the Rams, but it also serves as an inspirational film for those who have been beaten down by life. It serves as a reminder that there is a higher power that we will all answer to one day. ‘Underdog’ may in fact be the feel good movie of the year at a time when we really needed it.

For all of Kurt Warner’s athletic achievements, it is clear from the film that his family is most important to him. For those worried the movie could come across as too preachy at times, fear not. While you can’t do a movie about Kurt and Brenda without putting an emphasis on their faith, it’s not shoved down our throats. That’s what makes the film work.

As a sports enthusiast and someone who covered the Rams before they left town, I was really focused on how accurate ‘Underdog’ would be when telling the story of the 1999 Rams season. While the actor, O.J. Simpson, playing Faulk is not exactly his build, that’s forgivable. And yes, that’s the younger son of the Bills Hall of Fame running back playing Faulk. Bruce, who is also very religious, is portrayed nicely in the film. Bruce was a huge catalyst for Warner back in 1999. Dennis Quaid is quite likable as coach Dick Vermeil. The only thing Quaid doesn’t do is cry like Vermeil, but that is forgivable.

‘American Underdog’ is without a doubt one of the surprise films of the year, and why not, the Warner’s have been surprising skeptics their entire lives from both of their achievements right down to the success of their children . Kurt’s relationship with son Zach is one of the more heartfelt pieces of the film. I won’t give away anymore about the film, as there are sure to be some things that even Warner’s biggest fans didn’t know about the quarterback and his family.

During a season where many forget what Christmas is really about, ‘Underdog’ will remind the audience of what is truly important in life. This film is for the entire family.

‘American Underdog’ gets an A-.