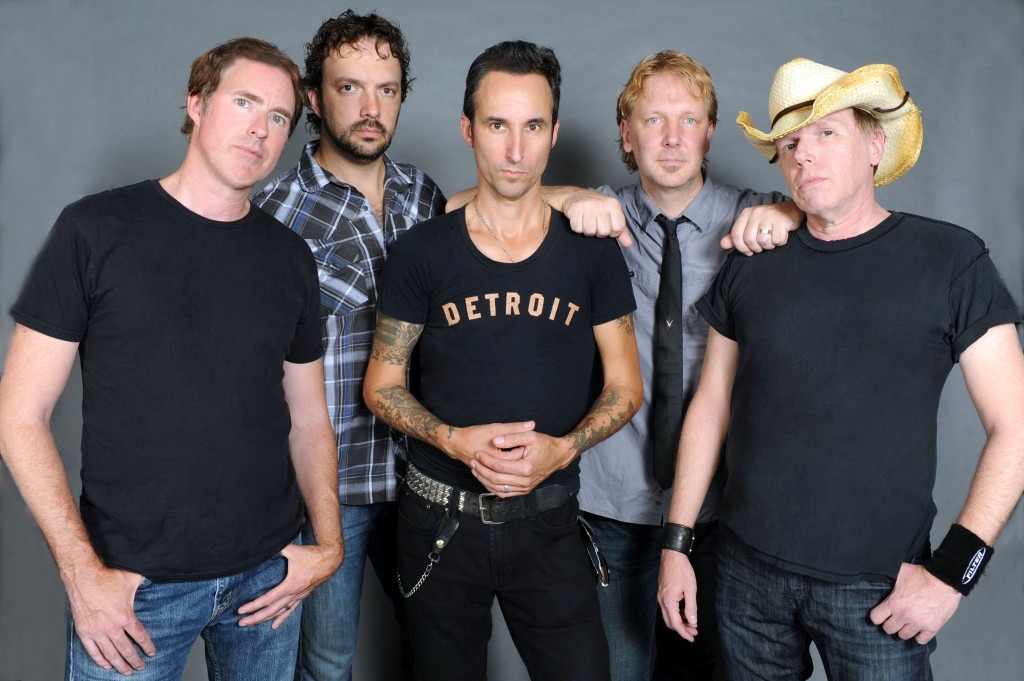 Sponge has been a fixture on the alternative rock music scene since 1992. The Detroit-based band is led by front man Vinnie Dombroski. Sponge burst onto the scene with the debut-album ‘Rotting Pinata,’ a record that sold over 1 million copies. The band followed up ‘Pinata’ with ‘Wax Ecstatic,’ a darker and harder hitting effort that spawned the self-titled hit along with ‘My Purity,’ a hard-hitting opener to the album.

Nine albums and over 25 years later, Sponge continues to hit the road hard, promoting the band’s latest effort and playing all over the U.S.

Like most industries, Covid has hit the music industry hard, preventing bands from touring for most of the past 18 months.

“Most everybody shut it all down for a while,” Dombroski said. “The new normal, that we have come to know when it comes to touring, has been pretty challenging.”

Dombroski spoke of being met with tour cancellations and even some artists being afraid to go back on the road.

“That’s kind of what we’re seeing,” he said. “That’s been the big challenge. Everybody’s nerves are on high alert with what’s happening right now.”

Due to the threat that Covid brings, Dombroski said it’s important to stay flexible with things changing so quickly.

“Everything is just so unpredictable,” he said. “Anyone who is in the music business knows that anything can change at the drop of a hat. It really can. So, you’re kind of accustomed to the unknown. Covid has made that times 10.”

Despite Covid shutting a lot of things down, the band was able to complete a new album, which was released on August 6. The album titled ‘Lavatorium,’ was released through Cleopatra Records. It features two hard-hitting singles, ‘Stitch,’ and ‘Catastrophilia.’

“We managed to get a new record out,” Dombroski said. “I always think our most recent record is our best record. This is a really great record, a great effort from top to bottom. I’m pretty proud of it.”

While leading the band for over 25 years, Dombroski still manages to find things to improve upon when it comes to songwriting and performing.

“I continue to work on both,” he said. “The songwriting thing, the craft of writing lyrics and not writing the same damn song 50 different times, and really trying to be passionate about the songwriting can be a daunting task. Fortunately, the ideas still come like they used to. Songwriting still interests the living shit out of me.”

When it comes to performing, Dombroski said he may not be as agile as he once was, but he still loves performing for fans.

“Obviously no one is 28 anymore and can’t go out there and act like that,” he said. “You can still have passion about the performance and still sound good. That’s a pretty big challenge, but I think we do a pretty good job of pulling it off.”

When Sponge was at the height of it’s popularity in the early to mid-90s, the band was all over MTV with videos for ‘Plowed,’ ‘Molly,’ and ‘Wax Ecstatic’. I asked Dombroski what it was like seeing the band’s videos on television.

“I certainly think it gives any band validation,” he said. “It’s something that propels your career and you get that validation. On the other hand, you wonder if people are just digging it because they are watching it on MTV or are they really digging this, it’s really hard to tell.”

Dombroski admitted he was not a fan of making videos and appearing on television.

More recently, the band was asked to perform on the Howard Stern show in 2019, after Stern’s producer had been reaching out to the band for a while.

“It was a long time coming,” Dombroski said. “They were very kind to us. He just loved the song (Plowed). It was cool. We got on there and played ‘Plowed’ and covered a Stone Temple Pilots show.”

Sponge has played many venues in the St. Louis area over the years, from Mississippi Nights to Hollywood Casino Amphitheatre for Pointfest. Saturday night the band will play Lincoln Theatre in Belleville, Il.

Tickets are still available for Saturday’s show at Lincoln Theatre in Belleville. Tickets are $25 for general admission and the show starts at 7:30 p.m.