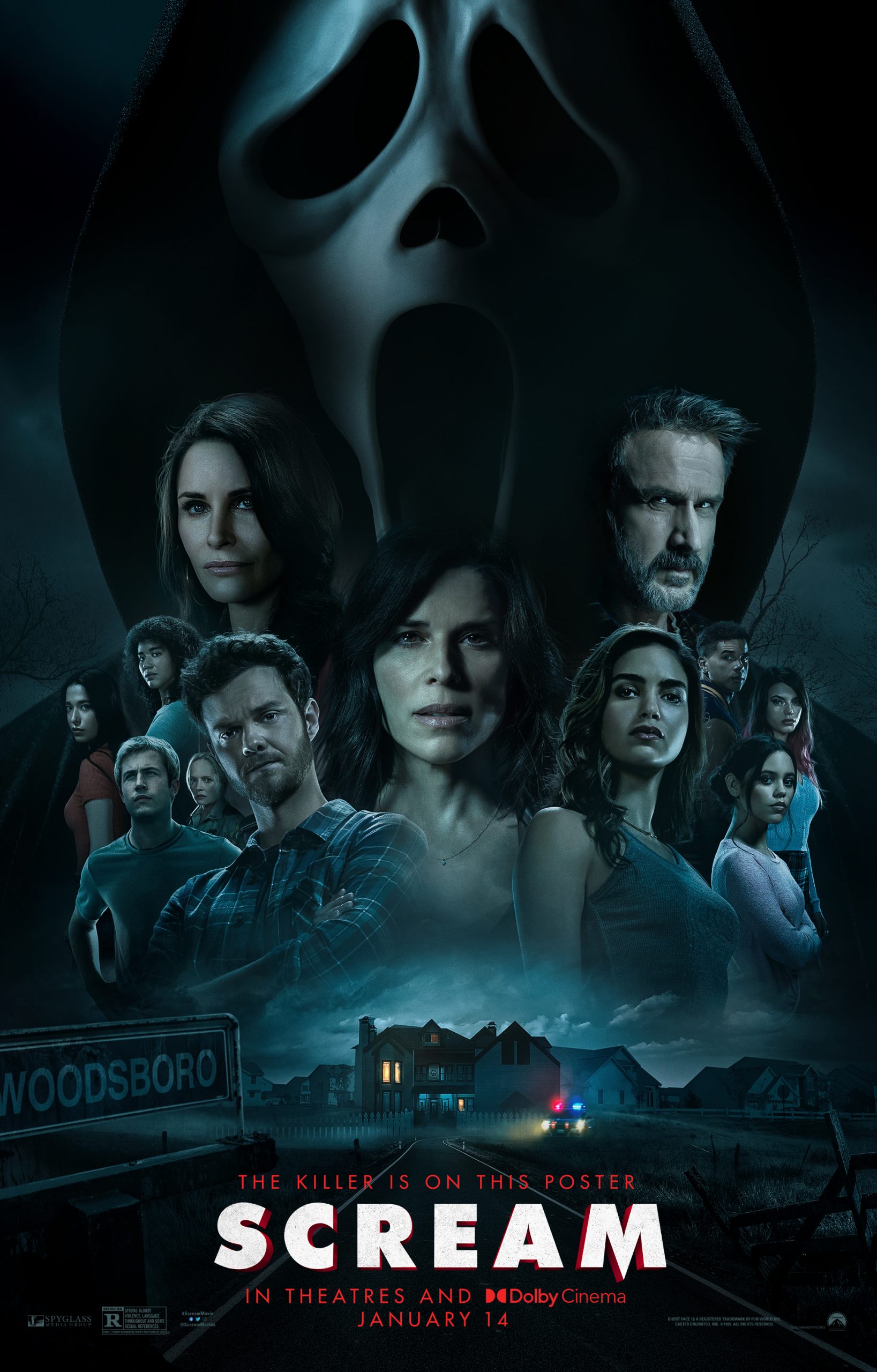 Many horror-movie fans, including myself, consider Wes Craven to be one of the greatest horror directors of all-time and rightfully so. With a catalog consisting of Last House on the Left, Nightmare on Elm Street, The Hills Have Eyes and Scream are just a few of his masterpieces.

After Craven passed away, I figured the Scream franchise was dead. However, as we have learned in the movie business, never say never. Just like for jello, there always seems to be room for a remake, or in the case of the new Scream, a reboot.

While the original Scream is one of the finest horror films to be released in the last 30 years, the new film holds up well to the original and pays homage to the master, Craven.

Directors Matt Bettinelli-Olpin and Tyler Gillett craft a love letter to Craven in the new Scream. The duo recently directed 2019s Ready or Not, which is no slouch of a horror film.

Olpin and Gillett have done more than create a good horror film, they have revived the slasher film. I expect the market to be flooded with B-movie slasher films by the end of the year.

The new Scream is essentially about Sam, played by Melissa Barrera, and her return to Woodsboro, despite having a severed relationship with her family. To discuss anything further would be doing the reader a disservice. I don’t want to spoil any of the whodunit plot.

Make no mistake about it, 2022’s Scream is all about the new generation of victims and survivors, however, we still get Sidney, played by Neve Campbell, Gale, played by Courtney Cox, and Dewey, played by David Arquette returning to their loveable roles. After 30 years of dodging the Ghostface killers, the three are understandably tired of the killing and running from the killer(s).

The big difference in the new entry to the series is the level of violence and gore. The audience will care more about who is being killed in this entry, rather than how they are being discarded. We get closeup and intimate killings in the new film, which is different than the previous four. Don’t worry, the audience will still get some laughs and cringe-worthy dialogue between teen characters while they are being picked off one by one. The film also offers plenty of opportunities for more installments to the franchise, which if helmed by Olpin and Gillett, I’m confident the franchise will be in bloody good hands.

Scream gets an A-.