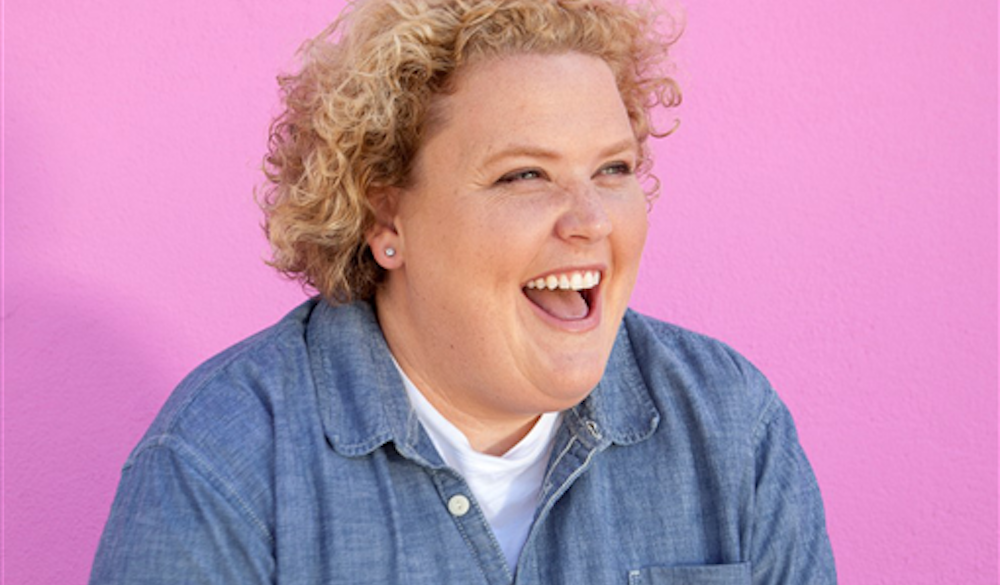 The funny and fabulous Fortune Feimster is returning to St. Louis this Friday, January 28th at The Factory.

Before her show, Fortune spoke with ReviewSTL discussing her upcoming standup event.

After the tour had been postponed, Feimster is excited to be back on the road again. With all brand new material and a whole new hour, the comic picked up right where her previous special Sweet and Salty left off, which premiered on Netflix in 2020. The special part about Feimster’s comedy is that her stories and antics don’t always align with how audience members perceive her.

We got a taste of that last time when Fortune discussed her Southern roots and short time as a debutante.

Excited to show fans another side of herself, a side that isn’t shown through her well-known characters and bits, Feimster promises to bring a whole lot of laughter and roars to audience members. With the plan to eventually turn this current tour into a brand new hour-long special, fans will be treated to the live experience before any viewers at home have the opportunity.

Plus, something both Fortune and I agree on, is that the experience of seeing comedy live is such a drastically different experience than viewing it at home. Rather it be the environment (which I’m excited to check out The Factory,) the crowd, or the overall contagious laughter shared between fans, it definitely is a unique experience.

I graciously offered to air her new special exclusively through my Facebook live, which got a laugh from Feimster, but it’s best if the special can reach more of an audience!

When asked about having any fond memories of returning to St. Louis, Feimster reminisced about one of her first times in the city, performing at a University with maybe twenty audience members. Regardless of crowd size, she remembered having a blast, and thinks it is such a rewarding feeling returning to the city to perform at a venue that seats over 2,100 people.

With Covid, live performances have been tricky and awkward. One thing that we both discussed is the importance of laughter right now.

People are craving comedy, community, and the need to laugh – even if it’s just for the evening, and with that, Feimster hopes she can provide audience members with an escape.

When asked about her favorite part of performing live, she really spoke to the connection she can develop with her fans and audience members as it’s a completely different experience than film/television, radio shows or a podcast. It’s almost as if the middle man is removed, creating a more intimate experience between Fortune and her fans, getting to portray her true self on stage.

As most comics are, Feimster is a master storyteller and has quite the anecdotes to accompany that skill, setting her apart as one of the most successful and relevant comics of this generation. Speaking further on that, it was interesting to hear her take on the importance of representation on stage and in comedy, speaking highly of the demand for diversity and a more inclusive environment within the standup scene.

Unlike previous shows in the city, such as her previous performances at Helium Comedy Club, which normally sees comics performing multiple times, this Friday will be a one-and-done event as the tour is bringing Fortune to several surrounding cities as well this weekend.

I’m also excited to announce that joining Feimster will be a friend from her Chelsea Lately days, which I’m unsure if I’m allowed to spill, but I can promise it’ll be a treat – one you will have to see for yourself this weekend!

Last time I spoke with Fortune before her show, it was such a great conversation filled with so many laughs and such an organic conversation. This time was no different, as she truly is such a pleasant and humorous individual. I was so excited last year when I saw this event was announced, as I’m sure several others were as well. It was enjoyable speaking to Feimster about her recent appearance in the documentary Hilarity, as well as her recent film that released on Hulu, Sex Appeal, and her character Pam on NBC’sKenan.

It’s no secret that Fortune Feimster is one of the hardest working comics in today’s industry, and getting the opportunity to see a brand new set is like a breath of fresh air. While tickets are still available, it seems that there aren’t many left, so make sure to grab yours for this Friday, one night only, at The Factory.

Tickets can be purchased through Ticketmaster. I know I can’t wait for the show, so come join me for a night of laughs. And, remember to check with the venue for current Covid protocols to ensure a safe and healthy experience!