Review: The St. Louis Symphony and John Adams Save the Best for First 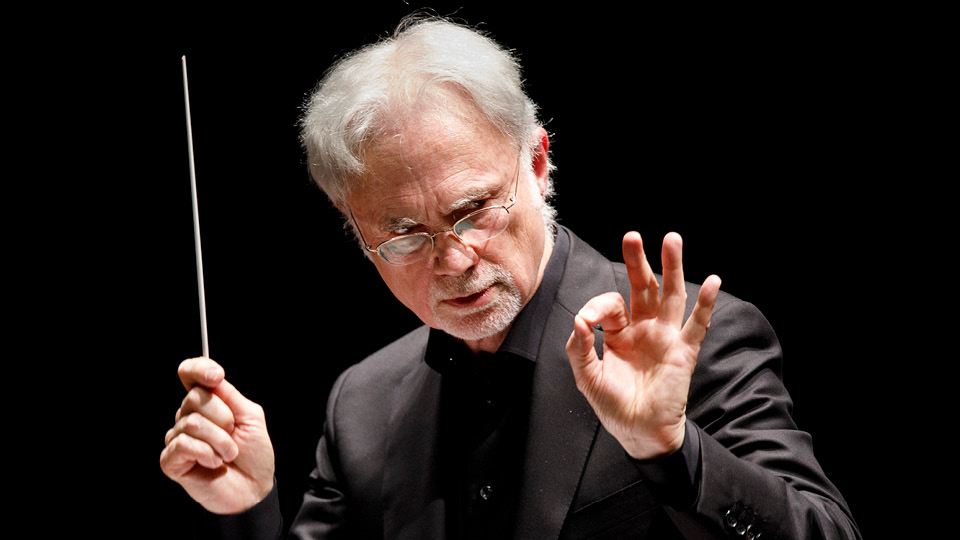 Although he cut his teeth in the minimalist traditions of Steve Reich and John Cage, John Adams has established himself as an American composer whose genre-bending classical pieces and operas (Nixon in China, The Death of Klinghoffer, Doctor Atomic) have made him the country’s most prolific composer. Creating a body of work rooted in language and derived from multiple sources, this self-proclaimed “ethnic composer” is known for making expansive works structured around textured, rich tones, and filled with emotional depth.

Rescheduled from last fall, his recent appearance with the St. Louis Symphony Orchestra featured works by himself, a contemporary composer influenced by him, and a piece from Sibelius, which has profoundly affected him as an originator. Fit together, they formed a warm and emotive evening of music.

Adams’ first selection, Tumblebird Contrails, is a work from Gabriella Smith, a young artist who first met Adams when she was 14 as a student who dropped off her new compositions at the maestro’s home for inspection and feedback. Hailing from the Western United States and currently based in Oslo, Smith is a composer who will be making her mark for the foreseeable future.

An avid hiker and passionate lover of the natural world, Smith’s work is steeped in themes of the natural word. By far the most enthralling piece of the evening, Tumblebird Contrails begins with a bulrush of noise underscored by percussion pops and violins that rest under the bridge, giving the piece breathless and exuberant energy.

Concluding the first half with his new piano concerto, Must the Devil Have All the Good Tunes?, a selection whose title was lifted from an article in the New Yorker. Here Adams fuses funk, blues, and jazz with elements of cartoon music and Nordic symphonies into a vivid tapestry.

Shaped by the gifted hands of guest pianist Jeremy Denk (a 2013 recipient of a MacArthur Genius Fellowship) who serves as the piece’s one true constant as he moves lightly around a maelstrom of styles, giving the concerto room to breathe.

Describing the first movement as “Gritty, funky, but in Strict Tempo; Twitchy, Bot-like,” Adams begins slowly before quickening the pace and churning the tempo. Undulating with fragility before racing in syncopation to an abrupt ending, Must the Devil Have All the Good Tunes? is an invigorating work from one of the nation’s preeminent composers.

Returning from intermission with a natural segue from Must the Devil Have All the Good Tunes? Nordic roots, Adams moved on to Sibelius’ Symphony No. 1, a work that has profoundly influenced him over the years. Energetic and emotionally dense, it begins with a melancholy clarinet melody that quickly joins the string section before settling into a state of serenity.

The second movement features the orchestra’s excellent woodwind section. Jostling for power with the strings, they create an evocative atmosphere that gives way to a thunderous and rambling fourth movement that calls back to the Russian tradition with loud crashes, swirling arrangements, and celebratory crescendos.

Despite being billed as Adams Conducts Adams, the real star of St. Louis Symphony Orchestra’s January 28-29 residency with the composer was Gabriella Smith, an artist on the rise whose  Tumblebird Contrails lived up to the hype by getting the loudest applause of the evening. Under Adams’ care, her piece resonated brightly with an audience that is not always warm to contemporary works.

As for Adams, his conducting was in fine form and his new work was a great addition to his portfolio of innovative works. A stellar evening of music all the way around.