The first WWE pay per view of the year was everything I thought it would be; fun, entertaining, predictable and controversial. 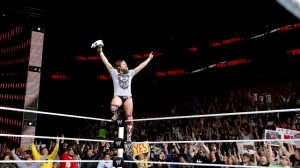 The Royal Rumble started with a bang, in perhaps one of the best matches in the pay per view’s history. Daniel Bryan and Bray Wyatt put on a match filled with emotion and physicality, and absolutely stole the show. Bryan showed why he is the top dog in the company right now, but more on him later. I want to talk about Bray Wyatt, who got the win, and may have catapulted himself into the top tier of the WWE. We all knew the man could cut a promo. He’s the best in the business right now, there’s no doubting that. But, what was questioned was his wrestling skills. He proved on Sunday night that he is top notch in the ring as well. His match with Bryan featured many near pin-falls, as well as some just brutal moves. One in particular was Wyatt delivering the Sister Abigail to Bryan outside the ring, against the wall. It looked absolutely brutal on television. I’ve been a big fan of Wyatt’s character since his debut and it looks like he is going to be a top heel in the WWE for a long time.

A lot of fans did not like the Brock Lesnar and Big Show match. I was fine with It. We all knew that Lesnar was going to win. I was kind of surprised with the ferociousness of Lesnar. It’s rare that the WWE lets a big man take a brutal beating, but Lesnar dished it out on Show. It was fun to watch at first, as I’m a Lesnar fan, but I started to feel sorry for Show, taking chair shot after chair shot. The match succeeded in making Lesnar look like an unstoppable monster. It will be interesting to see where the WWE goes with Lesnar for WrestleMania. I tend to think Batista is next in line for the Beast, but that remains to be seen. 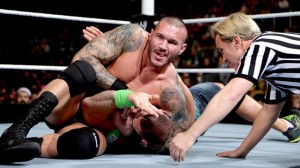 The John Cena and Randy Orton match was just plain boring. The two combined for an absolutely lifeless performance. The fans’ reaction to the match was the most entertaining part up until the end. Chants for “Daniel Bryan”, “Randy Savage”, and “Boring,” were just a few of the overwhelming responses to be heard. It’s clear that the fans are sick of Orton and Cena facing each other. Now, the ending of the match was well done. Having Wyatt interfere and destroy Cena was priceless. This will definitely set up the pair at WrestleMania. I could still see a scenario where Cena gets the belt at Elimination Chamber and that sets up a title match for Wyatt at Mania.

Onto the Rumble itself, where the star of the match was Roman Reigns, just as I had predicted. Reigns dominated anyone who stood in his way, looking like an absolute monster. While Reigns plowed through everyone, the winner, Batista, looked like an old retired wrestler, as he stumbled around the ring. It’s a shame that a great pay per view will ultimately be remembered for the fans voicing their displeasure over Daniel Bryan not being in the Rumble. I can understand where they are coming from, but I did feel a bit bad for Batista at the end. There were pictures that surfaced that showed Batista going off on the crowd as he exited the ring, even flipping the crowd off as he mocked Bryan’s “Yes!” chant. While I don’t endorse that behavior from someone who is considered a top star, I can understand his anger. I did not like the outcome with Batista winning, but I figured it would happen. The fact is the WWE is continuing to ignore the fans. Daniel Bryan is continuing to be pushed aside, but the WWE has nothing to apologize for. They never advertised Bryan for the Rumble, or hinted at him being in it. What do fans expect? I was as disappointed as anyone when Rey Mysterio came in at number 30, but that was more because I dislike Mysterio. I know that WWE fans are growing more and more restless, but Bryan will get his shot, it’s just going to take time. If you really think about it, the fans love Bryan for his relentless work ethic in the ring. He’s constantly chasing the title, only to be rejected, but he never gives up. That’s why fans love him. There is really no need to put the strap on him right now, although I agree it would be one great WrestleMania moment to see him holding the title at the end of the main event, but I don’t foresee that happening this year. 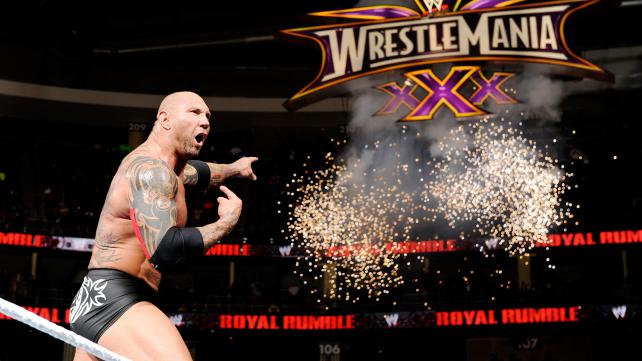 Royal Rumble gets a B.